Casino Heroes at a glance 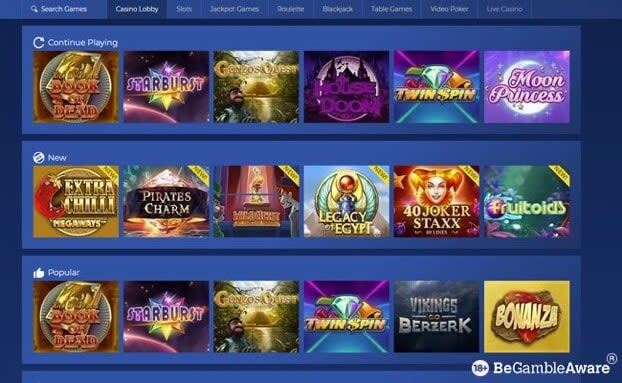 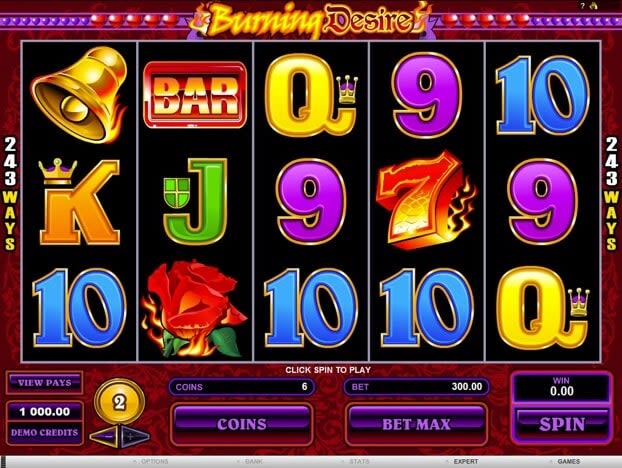 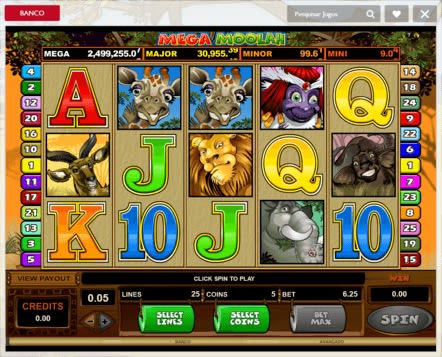 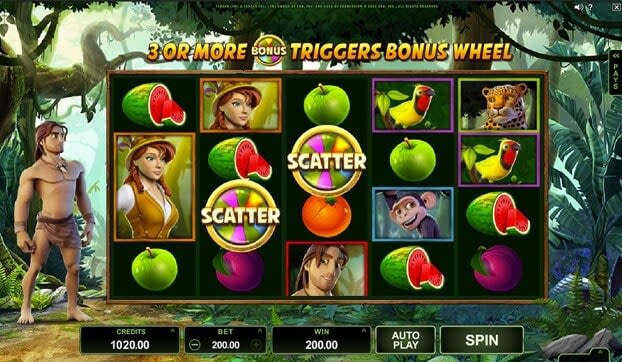 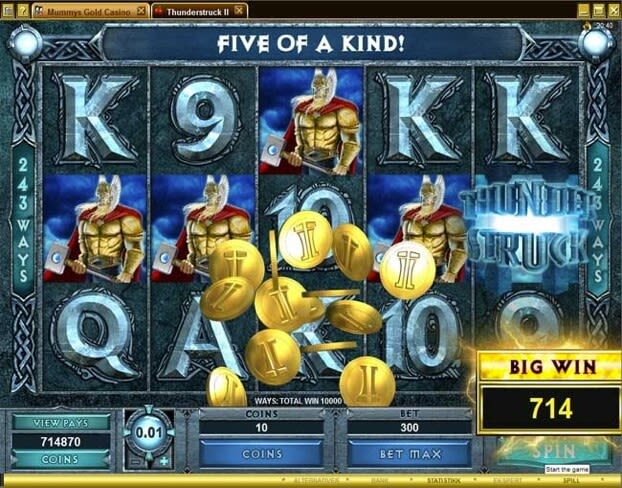 If you’ve grown a bit bored with what the world of online casinos has to offer, Casino Heroes might have just you’re craving, offering up something contemporary and unique in the online casino space. Let’s face it, playing virtual slots, or watching a spinning roulette wheel over and over again can get a little repetitive after awhile. Casino Heroes presents something different in the gaming landscape -- the thrill of an online casino combined with the exciting and immersive world of fantasy game play.

It’s an uncommon concept among virtual casinos, and one that Casino Heroes has managed to pull off perfectly, combining slick graphics, a fun-filled fantasy game packed with adventure, and a huge selection of games covering anything you could hope for. The end result is exciting, entertaining and has the potential for free gifts, big winnings and guaranteed fun.

Casino Heroes is a re-brand of the popular Casino Saga and was created by Swedish gaming geeks who were bored with what they saw out there and wanted to add a new dimension to the online gaming experience. The games are supplied by NetEntertainment, Microgaming, Quickspin, Push Gaming, Yggdrasil and Play’N Go, among other of the best providers in the online gaming industry.

As far as game selection, Casino Heroes offers it all, including Roulette, Blackjack, Video Slots, Baccarat Video Poker, and Mobile Games. You’ll find several selections of games under each of these categories, however, there are a few things missing, such as scratch tickets, online lotteries, and Bingo, and Keno.

While the game selection is extensive, what really separates Casino Heroes from the rest of the pack is how it combines those games with riveting and gripping fantasy game play, an immersive concept that is unique to Casino Heroes. You play the role of the hero and choose the path forward on your island adventure depending on the games you play. It all starts on the island of “Heroes Ville” where an evil dragon named Bester has stolen the King’s crown, securing it on Treasure Mountain for us to heroically recover. But it won’t be easy, as Bester has left bosses in each area of the island to keep you from advancing. Win back the stolen crown by moving through the island’s regions and defeating the bosses by playing any of the dozens of available games, including live table games provided by Evolution Entertainment. There is a bit of a twist, though; while there is a huge selection of games to pick from, some of them are only available after defeating certain game bosses. Admittedly, some of the battles are not easy and can be a little frustrating, but in this way, Casino Heroes is a lot like a video game where you have to accomplish certain tasks to unlock parts of the game, which only adds to the fun and challenge.

The interface is simple and easy to navigate for both beginners and advanced players, and finding the right game for you is as simple as using the handy search and filtering features.

If you’re a fantasy geek who loves themes like Game of Thrones and the Lord of the Rings, Casino Heroes is definitely the online casino for you.

Those who like to do their gaming on the go are in luck. While the desktop version of the site is powered by flash, the mobile application can be used on pretty much any device you can name, allowing you to play when you want, how you want, and where you want. Users on iPhones and iPads will have no problem getting online and into the thick of the island adventure in no time.

The same goes for Android users, with the site catering to a huge range of devices, including Nokia Lumix, Samsung Galaxy, Fire tablet, Surface Pro, LG G6, HTC U11 Sony Experia, and the Andriod One Moto. Support is also offered for Windows phone users on devices like Microsoft Lumina and HP’s Elite x3. Same goes for those with Blackberries who want to play on devices such as the Blackberry DTEK60.

As the off-shoot of the established Casino Saga brand, Casino Heroes has become known as a fair and trustworthy place for players to deposit, hold, and withdraw their money. Two gaming regulators oversee the casino – the Malta Gaming Authority and the eGaming Authority of Curaco – and both have excellent reputations for fairness and security.

The site is secured by an SSL encryption protocol with a backup system in place as a failsafe in case of a server crash, something that has never happened.

As far as deposits and withdrawals, the site doesn’t have as many options as some of the competition, but it does accept all the major payment options, including Neteller, Visa, and MasterCard. Users have mixed reviews when it comes to the speed of payouts. Using an eWallet should allow you to get your money within 24 hours, while credit and bank transfers can take anywhere from 2-5 days to complete. There were, however, reports of a few instances where it took longer than that, so that is something you might want to consider if speedy payouts are an absolute priority for you.

Any issues that may arise should be easy enough to sort out through customer support. Unfortunately, while email is always an option, live chat is limited to the hours of 10am to midnight CET.

You’re certainly going to want to withdraw your funds if you’re lucky enough to hit the Progressive Jackpot at Casino Heroes. The casino offers no less than 27 games with progressive jackpots, including King Cashalot, Major Millions, Mega Moolah which once paid out an $1.8 million jackpot, and of course the Mega Fortune, which made one lucky player $2.1 million richer. Other offerings in clued Roulette Royale, Wow Pot, Fruit Fiesta, SupaJax, Mega Joker, Treasure Nile, and Poker Ride, and most of the games are available on iPhone and Android.

Even if you don’t win the Progressive Jackpot, you’ll want to make sure to take advantage of the welcome bonus being offered up to all new players. Welcome bonuses have become standard across the very competitive online gaming industry, and Casino Heroes offers an option for all players signing up to their site for the first time.

The first choice is the same one offered by many of the sites – a 100% matching bonus on the amount of your deposit, up to $200. However, if you’d like to spin for your bonus, Casino Heroes offers up an action-packed alternative. Before you even deposit a dime, the site offers 10 bonus spins just for signing up and seeing what they have to offer, and you can keep whatever you win with your bonus spins. Once you make a deposit, you earn more spins – up to as many as 300. For example, you get 25 bonus spins for depositing $10, while a €50 deposit will earn you 220 spins of the wheel, and a deposit of just €100 will earn you the maximum 300 bonus spins, which of course can earn you real, cold, hard cash.

You can take your spins on a wide variety of games, such as Vikings Go Wild, Jimi Hendrix, Star Fall, Starburst, Gemix, Wizard of Gems, The Wild Chase, and Second Strike! You can also earn additional bonus spins through the loyalty program which rewards you as you beat the bosses and advance through the game.

While it’s nice to have the option between the matching bonus and the bonus spins, it should be pointed out that the welcoming bonuses at Casino Heroes are pretty standard, and there are better ones to be found out there.

The Swedish creators behind Casino Heroes set out to create a design an experience unlike any other. There is a reason that not many other casinos have attempted to combine casino action with fantasy game play – it’s very difficult to pull off well. Entering this enticing world filled with quality graphics and characters out of a video game can seem overwhelming at first, but after familiarizing yourself with the interface, you’ll find that it’s all there – all the same casino games you know and love to play, all the great bonuses and progressive jackpots, and the same safety and security that you’ll find with all the top online casinos. The only difference is that you’ll be immersed in a fantasy adventure that will thrill and entertain you for hours.

Signing up is quick and simple and will earn you 10 bonus spins on any number of different games. While the site doesn’t offer as many options when it comes to cash depositing methods, it does offer all the major ones, and you can get your money on quickly and safely. If you’re using an eWallet, withdrawing your money can be done within 24 hours.

Those who love to play live table games will find a number of options here as well, as will those who are hunting for a big progressive jackpot.

Whether you love video games, fantasy tales, or just playing a little blackjack, you’re going to want to check out what Casino Heroes has to offer. They’ve managed to create something unique and unlike anything else out there. If you’re looking for something different, take advantage of their sign up bonus and give it a try today.

Is Casino Heroes not quite making the cut? Check out even more online casino reviews.