Unibet Casino at a glance 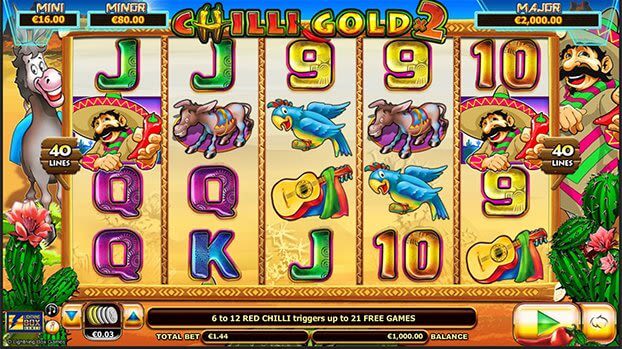 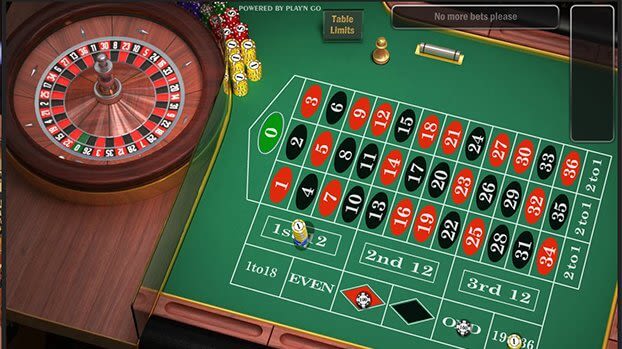 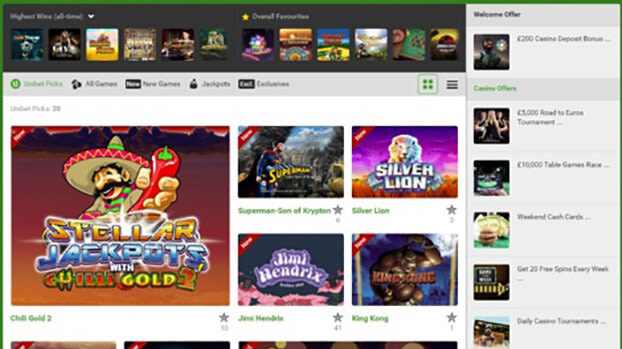 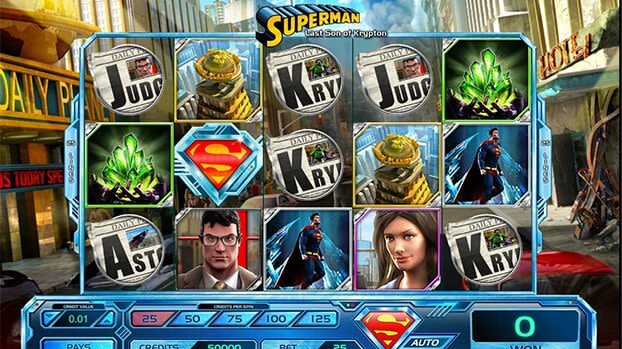 Launching in 1999, Unibet is one of the oldest and most recognisable names in modern gambling. The operator offers everything from classic games, a live casino, bingo, poker and table games, with attractive promotions that have kept its 11 million global users coming back for more. Read on for everything you need to know in our full Unibet casino review.

In total, there are over 1,000 games in Unibet’s library. The collection includes hundreds of slots, but also card and table games like blackjack, roulette, baccarat and different kinds of casino poker. The games are also all provided by industry-leading developers such as Microgaming, IGT, NetEnt, Play’nGo and Elk Studios who aim to give players cutting-edge gameplay.

Slots is the largest category at Unibet. There are over 900 options with plenty of themes to choose from including Vegas slots, film and TV, music, fantasy games and more. Beyond just gameplay, players can also easily filter the selection based on the potential pay-out of each game.

We found the top jackpot game for Unibet to be Mega Moolah – an iconic slot which boasts the highest jackpot of any progressive game out there. The average pay-out is usually around $7.1 million, although the game has been known to award double that amount. Mega Moolah has always been a favourite for players because it offers not just one, but four jackpots – making it a real hit among the high rollers.

The second largest jackpot comes from Atlantean Treasures Mega Moolah which was released in February 2020 by Microgaming. This is the developer’s first Mega Jackpot slot in over a decade since the original Mega Moolah. We were impressed to see it within Unibet’s library, the casino is clearly hot on the trails of the next big game.

Unibet’s live casino is powered by Evolution Gaming and harnesses the latest in live dealer technology. The games selection includes classics like roulette, blackjack and poker as well as quirky additions like Deal or No Deal and Monopoly. All of the table games come with a live croupier who deals the cards and interacts with the players – this definitely adds to the excitement of the game. We also found the video quality to be crystal clear and the streaming service to keep up with the action of the game.

The bonuses at Unibet are tailor made for players who intend to make use of everything the site has to offer. There are dozens of on-running promotions for different sections of Unibet: free spins in the casino, money back offers in the sportsbook, freerolls in poker, and lots more. The offers change all the time, but there’s always something to take advantage of.

New players will be able to take advantage of a generous welcome offer to get them started. This will differ depending on the country that you’re playing from. At the time of writing, players in the UK that deposit £10 will get an additional £40 casino bonus to play with. In Canada, players will see a 100% deposit bonus up to C$100. They change regularly, but Unibet will always have an introductory offer for new players. To find the latest, head to your local Unibet site.

Unibet has a good selection of deposit options that should cover just about everyone. The most popular options will likely be your bank card, paysafecard, and the major e-Wallets including PayPal, Neteller and Skrill. You can also pay via Trustly or a bank transfer and even use ApplePay, which is a convenient option we don’t see too often.

You can usually withdraw funds using the same method you used to deposit. Typically, you can expect to receive a Neteller or Skill withdrawal within 12-hours, and a credit or debit withdrawal within 3-5 working days. There are also no withdrawal fees whatsoever, which means everything in a player’s account is theirs to keep.

Experience and reputation go a long way in the world of online betting, and Unibet is one of the most trusted names in the industry. Operated by Platinum Gaming, the casino is licenced by both the UK Gambling Commission and the Government of Gibraltar. This not only means that the site is legally allowed to accept players from the UK and around the world, but also that all the games at Unibet are fully regulated.

All information sent to and from the Unibet site is encrypted using 128-bit Secure Socket Layer (SSL) technology. The SSL certificate used is issued and certified by Trustwave, a leader in cybersecurity in data protection. To put it plainly, Unibet’s system fully protects all personal data and does not allow information to be shared with third parties.

Unibet also has its own help centre where players can quickly find an answer to any query they may have. This includes a lengthy list of FAQs as well as an email address and phone number which can be used to contact the operator 24/7. For a speedier response, players can also take advantage of their live chat feature which connects to a real customer support agent. All in all, we found that Unibet offer friendly, helpful responses and do their best to respond in a timely manner.

There’s a lot to like about Unibet’s mobile options. The operator has separate apps for the casino, sportsbook, poker and lottery games. All four are available for both iOS and Android devices and offer a very similar gameplay to the desktop version. In regards to the casino app, Unibet’s gaming providers have optimised the vast majority of the games for the small screen. The colours and graphics of each game still pops like on desktop, and the functionality is often enhanced just for touchscreen.

All in all, we think Unibet is the real deal. The casino has over 1000+ games from top developers, with plenty of choice for players of all betting styles. Not only that, but Unibet is hot on the trails of the next big game and goes above and beyond in sourcing the latest technology to enhance a player’s experience.

Beyond the content of the site, Unibet’s customer support also lives up to its global name. The support team are on hand night and day to answer queries as best they can and genuinely look after its 11-million strong community. See for yourself and get started today with one of their welcome offers.

4 Star because it hasn't got craps - a quick one to say Unibet makes good quality software and financially is very reliable - I trust UNIBET with my cash I have been a Unibet member for over 4 years.