Up to £30 in free bets
Welcome Bonus
Certifications

Betfred at a glance

A Look Inside Betfred 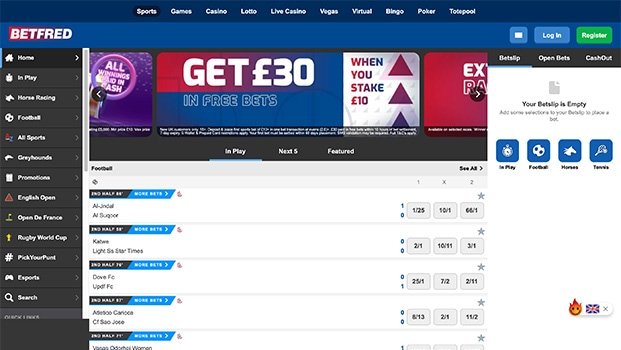 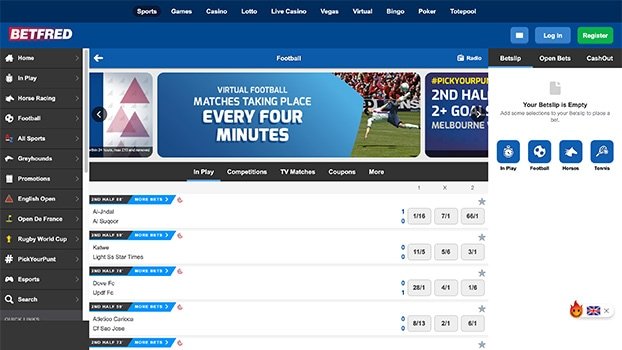 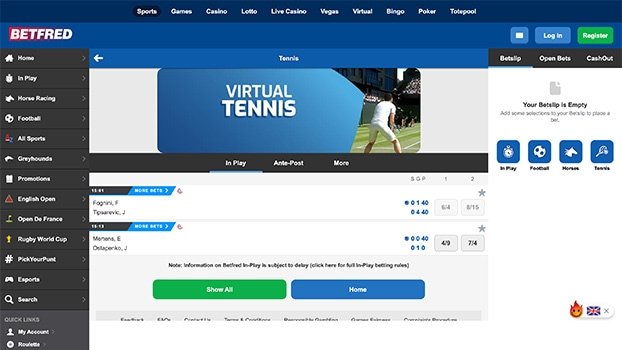 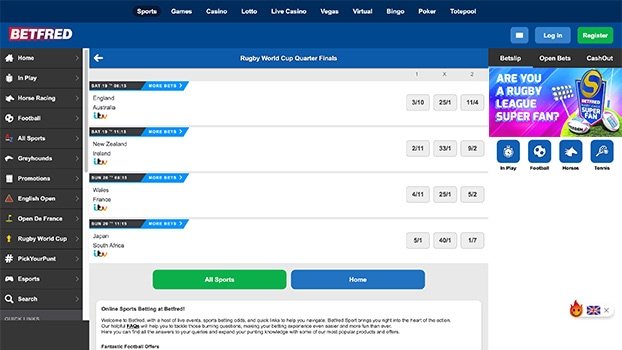 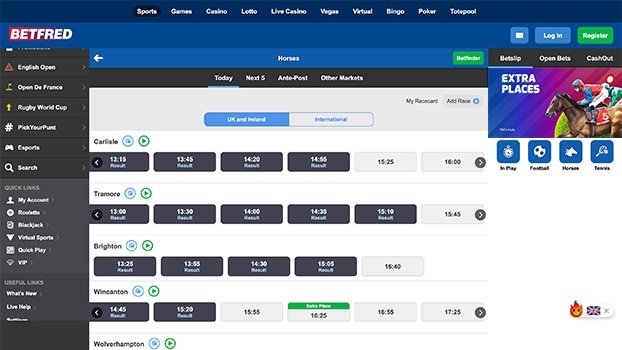 Betfred has been in business since the 1960s and ranks as the fourth biggest bookmaker in the UK. It has a lot more strengths than weaknesses and in this 2022 Betfred review we’ll run down its biggest selling points. Overall the site offers a great selection of sports and a good variety of bets. There’s outstanding bonus offers and is a particularly good choice for football betting. Keep reading for the low-down on one of the best high street bookmakers.

Betfred focuses on some sports more than others but in general it has a good selection of different leagues, matches and sporting events to bet on. As we mentioned before, football is one of Betfred’s biggest strengths. You can bet on tons of different leagues and tournaments including Premier League, Champions League, World Cup and lots more.

You’ll also find some coverage for major North American leagues like the NFL, NBA, NHL and MLB. All told you can bet on over 20 different sports.

The selection of bets on Betfred really depends on the sport. There are tons of markets for football, but the options are a lot more limited for other sports. In fact, for North American leagues like the MLB, only the most popular bets like money lines, totals and run lines are available. Most wagers can be combined into combo bets including parlays and accumulators.

Football matches, however, get the royal treatment with tons of betting markets. You can bet on win, lose or draw, the exact final score, over/under on the point total, individual goal-scorers, the half-time result and more. The bigger and more popular the match, the more betting options you’ll find on Betfred.

Betfred offers in-play betting options. This is one area Betfred has been working on recently and the improvements have made a big difference. There are more live video streams than before and the selection of live betting markets is getting bigger all the time.

Part of Betfred’s success is definitely down to its bonuses. The site focuses on valuable offers that are more accessible than the deals at other online bookmakers. That includes bigger rewards and looser wagering requirements that make it easier to cash in on the promotions.

Betfred continues to emphasize its focus on football in the bonus section. There are tons of specific deals and promotions. One interesting offer is called Hat-Trick Heaven and it offers really good value if you like betting on goal-scorers. If your player scores twice you’ll be paid out at double the odds. If he scores three times you’ll get triple. This promotion is available as an in-play bet as well. There’s usually some form of refund bonus available too.

There are deals for other sports but Betfred’s biggest focus behind football is horse racing and greyhounds. There are lots of free bets, boosted odds and other offers up for grabs.

One final feature we want to mention is called Cash Out. It allows you to lock in a profit when you’re ahead on a bet and it’s becoming more and more common at online sportsbooks these days. Imagine you’re one win away from cashing in on accumulator bet, or maybe the match is almost over and your team is up by one point. It’s a great spot but a bit of bad luck can still sabotage your payday. Cash out lets you take a slightly reduced payout regardless of what the final outcome is.

There’s a good selection of popular payment methods and the processing times are fast at Betfred. Most importantly, Betfred has a good reputation for settling winning bets quickly and not making you wait for cash outs.

Getting money into your account is easy and all deposits happen instantly. You can deposit using credit and debit cards including Visa, Visa Electron, Mastercard and Maestro, plus NETELLER, Skrill, PayPal, Apple Pay, Pingit, bank transfer and Paysafe.

You have all the same options when it’s time to cash out, with the exception of Paysafe and Mastercard. Bank transfers are the only option that costs money to use but Betfred does offer one free bank transfer withdrawal per month. Otherwise it costs £12 per transaction.

You can also make free deposits and withdrawals in person at any Betfred betting shops. If a shop is accessible to you this is a really convenient and hassle-free way to do your banking.

Considering Betfred has been in business for over half a century, it’s not surprising to see that they’ve made security and fair play a big priority.

Betfred has multiple gambling licenses which gives us even more confidence about the site’s safety. In the UK Betfred is regulated by the UK Gambling Commission and is licensed in Gibraltar to accept bets from people in other parts of the world. That’s also where the company is based and has its headquarters.

During our review we dug into Betfred’s history when it comes to security and overall fair play. We saw a good record with no major red flags which is reflected in the high marks we gave Betfred in this category.

The Betfred support team works hard to make themselves available and easy to connect with. There’s a 24/7 live chat tool on the site that puts you in contact with a representative quickly. You can also email the company or phone them directly.

The Betfred brand is definitely in the public eye. They sponsor live events like snooker and darts and from what we’ve seen, they work hard to keep that image squeaky clean.

You can bet on Betfred using your phone or tablet by going to the mobile site in your device’s internet browser, or by installing the dedicated app. There isn’t a huge difference on most devices but overall, we recommend getting the app. It’s better designed and more likely to look and work well on whatever device you’re using.

During our tests we used Betfred on different smartphones and tablets running Apple and Android software. The app works really well and offers all the same functionality you’ll find on the desktop version of the website.

One small complaint we have is that the app devotes some real estate to promoting Betfred’s casino games and offers. This might not be a problem for everyone but we’d prefer using that screen space for more sports betting options.

Conclusion: The ‘Best Fred’ Around

If you only bet on football, for example, it doesn’t really matter that Betfred has less markets for some other sports like Major League Baseball. Overall the selection of sports and bets will satisfy everyone except the most advanced gamblers.

Betfred steps up in a big way when it comes to bonuses too. We always read the fine print and we were happy to see that in addition to offering large bonuses, the site also makes it easy to redeem them with relatively loose wagering requirements.

If you’re looking for an alternative to the big three UK bookmakers or if a more personalized experience is important to you, Betfred could be a great fit.