Blackjack is a simple game to understand, but has many different strategies when it comes to winning. Here you’ll learn all about them, from Martingale to d'Alembert, as well as boosting your understanding of the basic rules and card counting. We'll also take you through the popular betting systems for the game.

What is Blackjack Strategy? 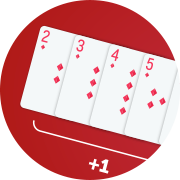 Although there is no foolproof way to ensure yourself a win, using a well-practiced strategy can massively increase your chances of winning in a game. This can be done first by knowing the value of the cards, then by mastering card counting in order to know when is better to stand or hit.

The use of strategies has seen many players go from the odd win to becoming highly successful.

Blackjack is a game which is known for its simplicity, but it’s not without a few quirks and lesser-known rules. The following list gives an overview of the basic rules of the game. Get to grips with these and you’ll know how to play blackjack.

1. The aim of the game is to beat the dealer by getting as close to 21 as you can, without going over it. If your card total is higher than 21 you’re out and you’ll lose your bet.

2. Players will get two cards to begin with. You'll only see one of the dealer’s cards, but players' cards are both face up.

3. Different variants of the game will have slightly different rules, affecting for example when a player is allowed to surrender or when the dealer must hit/stand, so be sure to check this out.

4. If you get a score of 21 you will likely get 1.5x your total bet, however this depends on the rules of the individual casino.

If you're after some more advanced rules of the game, why not check out our how to play page? After all, developing a good strategy always starts with a comprehensive understanding of how the game works. Less time? Then check out our quick blackjack tips guide.

Most of the card values in blackjack are self-explanatory, with only the number, rather than the suit or color, being of any importance. However, there are a few cards which can trip up newbies when it comes to their value. In blackjack, 10, J, Q and K all have exactly the same value of 10 points. The pictures on the face cards don’t have any impact on their worth.

Aces are the cards which have a special status in blackjack, as they can be worth either one or 11 depending on which is liable to benefit you in a given situation. A starting hand of A5 will have a value of six or 16. If the next card drawn is a nine then the Ace becomes a one for a total value of 15. If you draw a three instead, then the Ace will be used as an 11 to make a strong hand of 19. A starting hand featuring an Ace is usually known as ‘soft’ to indicate that it features the Ace.

Get Stuck into Basic Blackjack Strategy

In Blackjack, you have to make a decision with every hand you're dealt. Do you hit, Stand, Double down, or split? Knowing the right move to make can be tricky at first, which is why we’ve created our handy FREE PDF strategy charts, which you can download and use as you play.

Pair splitting
Dealt a pair but don't know whether to split? Check out our strategy guide to give yourself the best odds of winning.

Soft Totals
When you're dealt an ace, you have even more to consider for your next move. Be sure to make the most of it!

Hard Totals
With no ace, You can't swap the value of your hand, but you can make your next move to your advantage.

Late Surrender
The dealer has viewed his/her cards and hasn't got blackjack. Do you hit or stand? Find out here!

With practice, knowing your odds will become second nature to you. Why not take a look at the following possible scenarios to see what the best moves would be in a given situation:

But why? If you find yourself facing a dealer who shows one card of value 4, while your hand is worth 12, made up of a 9 and 3, a strategy would be to hit. In this situation, you don’t have a much higher chance of going bust than the dealer does. However, the dealer also has a good chance of getting between 17 and 21, a slightly higher chance than yours. On the other hand, you may want to run the risk for the dealer to go bust and therefore stand. The decision to hit is based on the very similar likelihood of achieving a stronger hand: with player probability at around 39% against 42% for the dealer. There isn't a lot of difference. Standing means playing it safe, so you might want to try hitting, due to the minimal disadvantage. 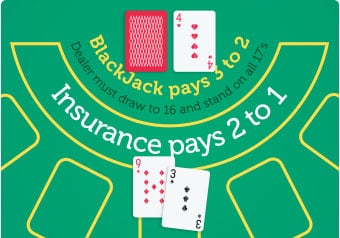 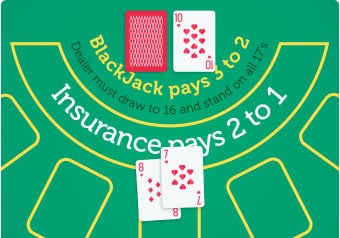 What's the Deal with Card Counting?

Card counting is a technique which is most often used in blackjack. The idea is to use mathematics to work out whether or not a hand is likely to be advantageous to the player or to the dealer, and whether to bet lower or higher. This is calculated by tracking how many small and large cards have been used and how many remain in the deck. Successful application of card counting in a strategy can decrease the house edge by as much as 1%.

This blackjack card counting technique works by assigning a value of either -1, 0 or 1 to each card dealt face up. You'll often hear the word 'tag' being used in card counting circles. This is just players' slang for any value assigned to cards in this technique.

It's a common alternative to detailed counting of each card – that would require an incredible command of memory and arithmetic skills! Rather than being a foolproof way of knowing the deck, Hi-Lo is based more on approximations.

Using these tags, card counters work out the “running count” of the deck, adding or subtracting whenever a small or large card is removed. They therefore know whether or not the deck leans in their favor, or towards the house, at any given time, and can manage their bets accordingly.

It’s not impossible to use a card counting strategy in multiple-deck games, but it does make it a little more complicated. Begin by calculating your running count just as you would do in a single-deck game. You then need to ‘normalize’ the running count to take into account multiple decks of cards by dividing the running count by the total number of unplayed decks of cards. This sum gives you something called your “true count”, which can be used in the same way as a running count, by giving you an insight into whether you are at an advantage or not.

Blackjack has inspired many different repetitive/sequential betting systems. These systems apply for a series or sequences of plays, defined through repetitive (or sequential) play. Applying one of these systems is distinctly different from a playing a game strategy. Some players use systems to improve their chances of beating the dealer. Below, are a few of the most common ones.

Now you know how to play like a pro, learn how to talk like one too! Below are the top terms used by players and dealers when playing Blackjack. If you’re interested in learning more popular gambling and casino terms check out our extensive gambling and casino glossary.

So, you’ve heard all about blackjack strategy and download our strategy charts. You’ve read up on card counting and you’ve found out all about the best-known blackjack betting systems which you might want to try out. Now, it must be time to try your luck at the game! Check out our top rated real money online casinos to get started.

How do I play blackjack online?

Blackjack is available to play online at all top blackjack casinos. Take a look at our recommended sites for a full selection of available casinos and get started on your desktop computer or mobile device. You can even play and practise blackjack for free on either device.

All casinos listed here on Casino.org offer games which are totally fair and random. However, not all casinos do this. That’s why we recommend you stick to reputable names and trustworthy sites. Casinos which do not score highly are added to our blacklist, so make sure you avoid these.

How do I bet in online blackjack?

In online blackjack, you’ll be able to place your bets before the hands are dealt, just as you would in the traditional table game. You can also change your bet by doubling down or surrendering within the game.

When should I hit or stand?

If you’re in doubt as to what move you should make, take a look at our free blackjack strategy charts. These charts will give you the best advice on what you should do in any given situation.

How do people count cards?

Card counting is a mathematical way of assessing player’s or house’s advantage in terms of the likelihood of some outcomes, by basing only on the seen cards. This is done by assigning values to small and large cards, and keeping a running total of what is left in the deck at any one time. Successful card counters increase their edge over the house and play at an advantage. 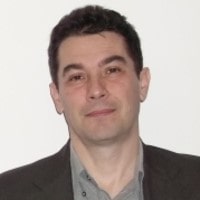 Dr. Catalin Barboianu is a gaming mathematician and philosopher of science. He is a research associate at the University of Bucharest, science writer, editor and consultant for the mathematical aspects of games of chance for the gaming industry and problem-gambling institutions.