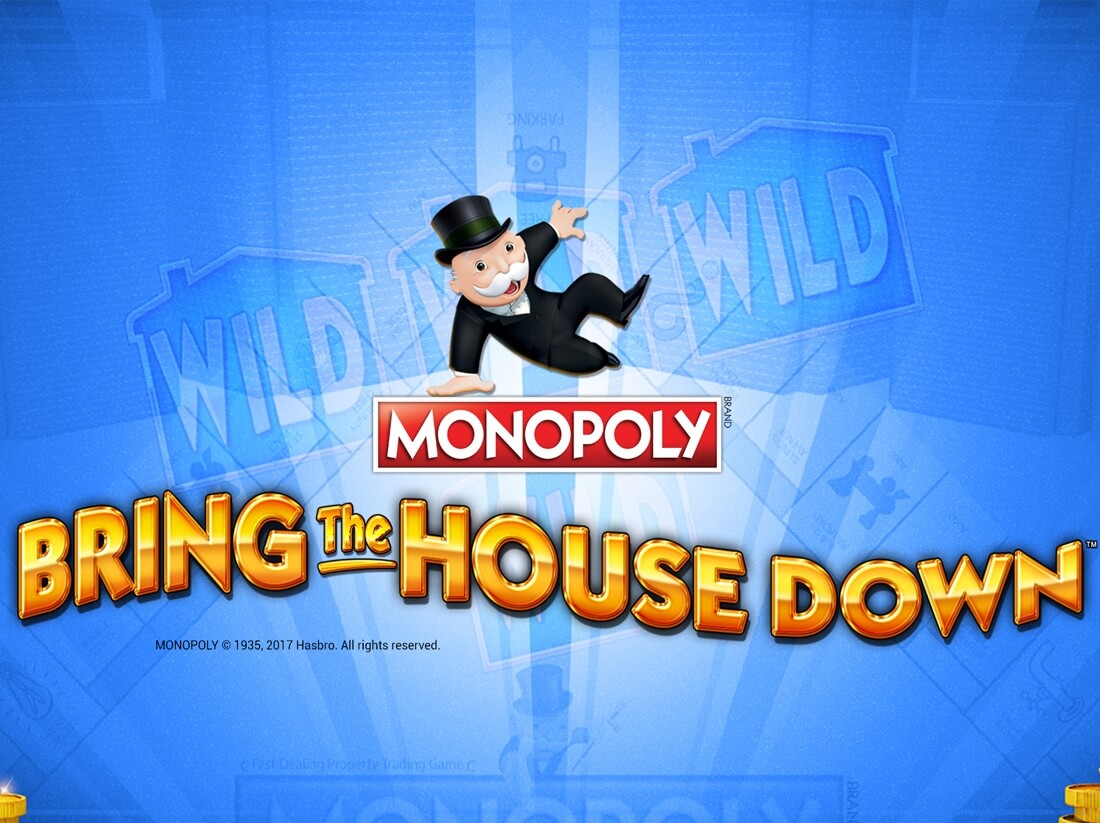 The Monopoly Bring The House Down slot from Barcrest is a 40 payline, 5 reel and 4 row machine, available to play for free and real stakes at casinos online. Players can enjoy bonus features including free spins, a 5x hotel multiplier and the chance to pick Chance Cards for bigger cash prizes.

There are locked wilds, hot zones and a Big Bet feature included in this virtual slot version of the classic board game. All these combine to make this Monopoly slots machine a fun and varied game for players of all bankroll sizes.

In this review we play Monopoly slots to try out the main features for ourselves, seeing how far our bankroll will go playing for real stakes.

Enjoy a random multiplier (up to x5) on Hot Zones.

Top 5 reasons why we rated Monopoly Bring The House Down Slot: Excellent

Review of Monopoly Bring The House Down Slot's Key Features

How to play Monopoly Slots

Unlike in real Monopoly, where you play against other opponents, in Monopoly Bring The House Down slots, it's just you versus the machine. Learning how to play the slot is simple; just remember the green houses and red hotels turn reels into hot zones and basically act as wilds. These wilds can replace any symbol – except the scatter – to make up a winning payline. If you’re feeling lucky, you can hit the purple Big Bet symbol at the bottom of the screen to buy free spins where you can win big prizes like multipliers, high value symbols or even more free spins.

Read on to learn how to play Monopoly Slots:

The only thing standing in the way of victory is the random number generator controlling the reels. See how the slot performs in our free play version right now or try your luck for real stakes at our top rated casinos for online slots.

We've saved you some time and figured out which symbols are the most lucrative in Monopoly slots so you can play with confidence. Everyone love a scatter symbol and, in this game, that would be the Monopoly logo. Get 3 of these anywhere on reels 1, 3, and 5 and you'll automatically be rewarded with 8 free spins, with the same rewards up for grabs as in the base game. Any wilds on the reels during this time (represented by the Green House symbol or the Red Hotel symbol) will also stick in place on the reels, with the opportunity to land more as the free spins play until the feature ends.

There are some impressive bonuses on offer at this online slot machine, each of which is randomly triggered as the reels spin. The first of these is the Chance Card feature, where players pick a single chance card with the hope of landing a green or red wild on the reels for the following spin. The second to be encountered is the Bonus Selector, which offers players a Hot Zone pattern at random on the reels and allows just 3 seconds to decide whether to keep or pass it. The third is the Bonus Drop randomly triggers when hot zones fall outside of the reels. The pattern then moves onto the reels, giving players an instant shot at making more winning payline combos.

It’s important to point out that there is no jackpot available in the Monopoly Bring The House Down slot game. This may upset some jackpot-loving players, but with the three bonuses available, not to mention the Big Bet options, we think it’s still an excellent game.

You can play Monopoly Bring The House Down slots game on your mobile, so you can keep those Wilds coming wherever you are. Unfortunately, there isn’t a designated app from Barcrest just yet but you can still play on the web. No download is needed as you can play from your web browser on your device, be it on Android, iOS, or a tablet. Then you can play Monopoly slots at one of our recommended online casinos – and hopefully start to see those wins add up.

You don't have to be a fan of Monopoly the board game to enjoy the Monopoly Bring The House Down Slot. While the features we've described in this review may sound complicated, we assure you they aren't. Plus, you can always practice for free first and play with free coins before progressing to real stakes.

As a slot machine, Monopoly Bring The House Down offers players a good mix of reel spinning action and special features, including those 3 randomly triggered bonuses. There's also a Big Bet option that guarantees a win every time - even if you're wagering with lower stakes per line. So, there are plenty of ways to grow your bankroll playing for real money in 2023. Give it a go and sign up today!