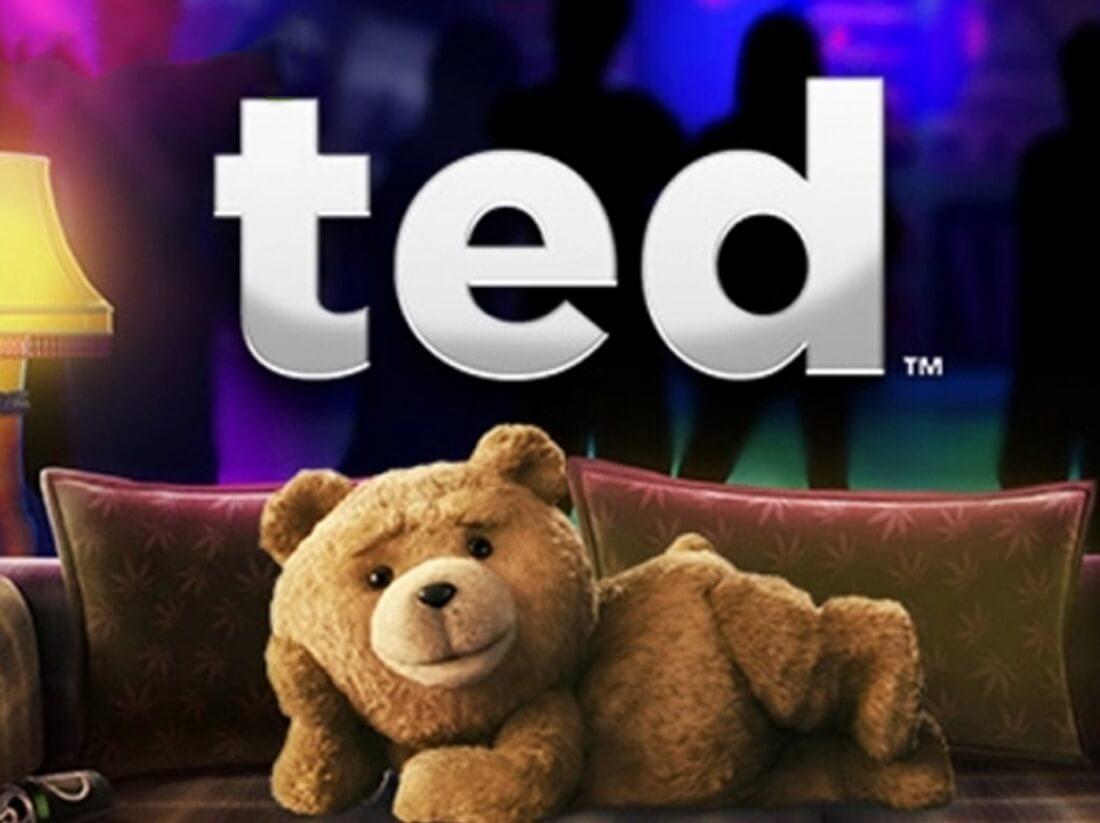 Luckily for fans of the foul-mouthed bear, the Ted online slot maintains the cheerful silliness of the movie from which it came, offering players an easy to play 5-reel, 20-payline slot machine with play guided by the main-bear himself. An average payout slot machine, the Ted online slot manages to draw in the crowds thanks to both its unique aesthetic as well as eleven fantastic bonus features which allow players more chances to win big. Add in the chance at winning the £5,000 Ted jackpot and you have a recipe for success for players of small and large bankrolls.

In this Ted slot review we will be taking a closer look at some of the features of this endearingly rude slot machine, giving players some handy Ted tips to increase their winnings as well as take a look at some of the features that make the Ted online slot stand out in a crowd. If you enjoy this Ted review then be sure to head over to our top-pick of the month, where you can give this top-rated BluePrint Gaming slot a run for its money, for free!

1 Fantastic Jackpot – win big with £5,000 on offer from the Ted jackpot

A basic slot made memorable thanks to some great bonus features

The Ted online slot will look fairly familiar for fans of the slot genre as the basic layout is one we see quite frequently. This gives the machine an almost retro-feel that actually matches the theme as it feels like a game that Ted himself might enjoy. Players are offered the familiar 5-reel layout with the bear-himself featuring prominently on the bottom of the screen. There are 20 fixed paylines, nothing special in that department, with players able to choose from a broad betting range of between 20p and £200, making this a great title for both small-time players and high-rollers looking to make bank.

As with most slot machines, the Ted online slot wild is the symbol to look for, with 5-of-a-kind Ted logos offering players access 25x their stake (or more depending on how many paylines have been triggered). There is also the £5,000 Ted jackpot on the line for lucky players as well as a number of unique and exciting bonus features (which we break down in detail further down in this Ted online slot review). With the Ted slot machine, winning is easy and frequent.

The best part about making a simple slot machine? You can pack it full of bonus features to enable your players to win big in multiple ways. BluePrint Gaming certainly pulled out all the stops when it came to creating unique bonus features for this humorous, bordering on vulgar, slot machine. On top of being able to play for up to 25x your stake on the reels, the Ted online slot makes use of 11 different bonus features with which players can build their bankroll. The first set of bonuses are those triggered by landing 3 or more scatter symbols which are represented by the Scatter Thunder Buddies Bonus symbols. Landing these will allow you access to the Thunder Buddies Bonus Round, a series of bonus games which starts off with you spinning the wheel of fortune to determine which game you will start with. The idea of this bonus round is to progress through the 5-mini-games on offer in order to maximize your earnings as much as possible. The mini-games include:

The list of bonus features just goes on and on

The winning doesn’t stop there with the Ted online slot. In addition to these scatter-based rewards, the player also has a chance to win big with Ted Modifiers. These special features are activated at random and will trigger when Ted wakes up from his drunken state. These modifiers include:

With a huge betting range, I could choose to play risky or safe, depending on my mood

One of the best features of the Ted slot machine is the huge range of choice players had when choosing their stakes, the Ted online slot offers players the choice to wager amounts ranging from 40p all the way up to £200 in their quest to unlock the Ted jackpot and other unique bonus features. Payouts wise, this 20-payline slot grants players a decent RTP with wins of average frequency and medium variance. This means that maintaining your bankroll balance should be pretty easy with the fantastic bonus features sure to make your wins worthwhile. Add this to the chance at a £5,000 jackpot and you have a slot machine more than worth your while to play.

The Ted slot machine stands apart from its rivals thanks to a unique theme and some of the most extensive bonus features available on the market. BluePrint Gaming truly created a one-of-a-kind game with Ted, presenting and animating the foul-mouthed bear in superb detail, fully capturing his wild and untamable nature while not letting it detract too far from the task at hand.

The Ted slot runs like a dream on desktop PC as well as mobile platforms and players can test out this top-rated slot for free today on their choice of device. With a unique theme, great bonus features and some of the smoothest gameplay we’ve seen on the market, the Ted online slot is definitely worth your time (if you don’t mind a bit of vulgarity in your life).