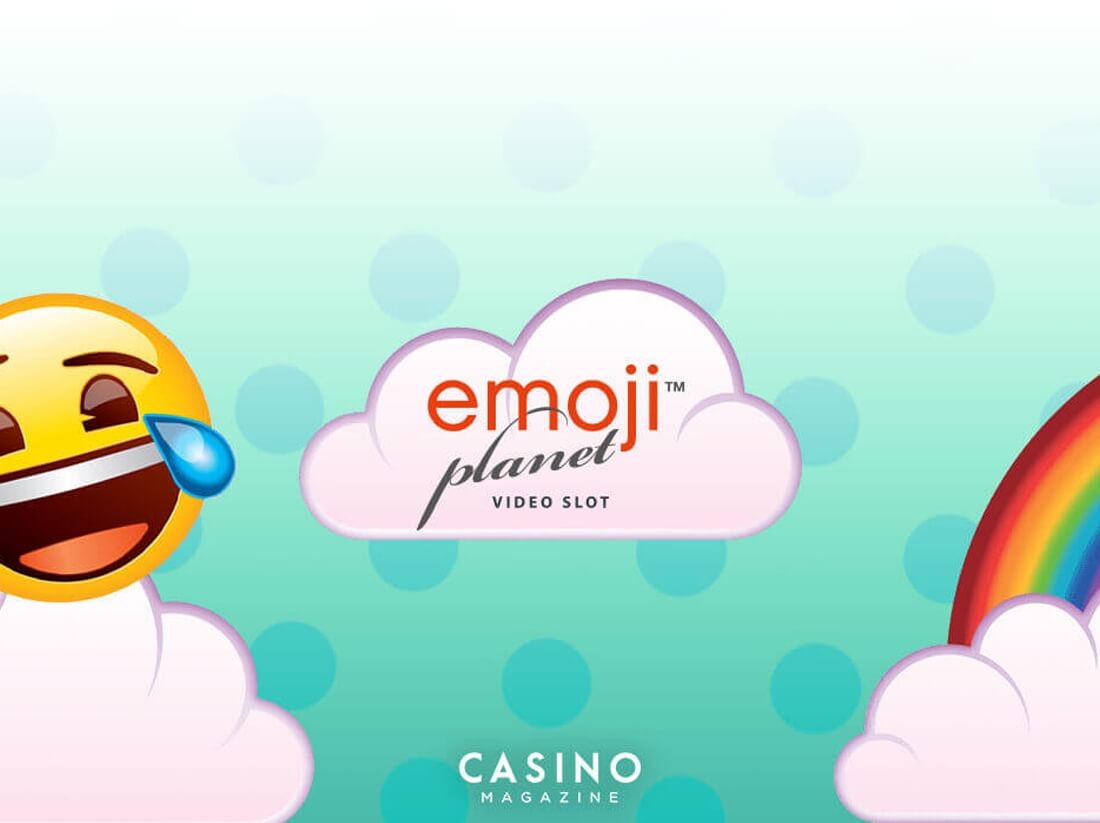 From the start of the Emoji Planet review it is clear that this is a different video slots game. Developed by NetEnt and available at some of the best real money casinos, the Emoji Planet slot presents a large screen made out of six reels and five rows of symbols. It doesn’t use standard paylines and instead awards payouts for clusters of five or more symbols on adjacent locations, horizontally and vertically.

The theme stands out right away as the symbols are actually frequently used emoji images. If you use Facebook, Instagram, Twitter, WhatsApp, or other similar apps, the world of emoticons is not an unfamiliar one. This is however the most popular representation in video slots. As a result, the theme makes this casino game aimed mostly at younger players. It comes with some nice features and can be played on mobile devices as well.

Can be triggered when the respective meters are filled

From clusters that explode after they award a payout

The Emoji Planet online slot is different as it doesn’t use the traditional reels most players are familiar with. Instead, it presents a screen of symbols aligned on six columns and five rows. Wins are awarded for clusters of five or more symbols. Since there are no lines, the total bet is made out of the coin value and the level selected. Each level is worth 20 coins and players can bet up to 10 levels, allowing for a maximum bet of £200.

If clusters are formed on the screen, the participating symbols will disappear after the payout is awarded and symbols from above will fall in the empty positions. This means that additional clusters can be formed during the same round without having to place any additional bets. The round ends once there are not more winning clusters available on the current screen.

The emoji theme makes this video slot a hit

Although the theme can sometimes be ignored in online slots reviews, it actually plays a huge role when it comes to Emoji Planet. It may not be something that appeals to all casino players given the colourful style and some of the symbols available, but it has attracted a lot of online customers who are already familiar with the icons. For those who try it, the Emoji Planet slot can be quite entertaining and there are even a couple of characters shown in the background from other NetEnt hits, such as Gonzo's Quest and When Pigs Fly.

Wins can keep on adding up with the Emoji Features

On the right side of the screen there are five emoji meters based on five symbols. These will fill up when winning clusters are formed with the respective icons. It takes 12 symbols to fill a meter and trigger the bonus feature that comes with it. Consecutive wins can fill the meters several times over for more features in the same round. Everything resets when the round ends.

The Bomb Feature will randomly turn eight symbols into exploding bombs, awarding coin wins between 5 and 100 times the bet level for each symbol. The Pizza Feature turns a 3x3 grid on the screen into a random symbol. The Kiss Mark Feature adds three sticky wilds to the screen that each has three lives used when forming clusters. The Rocket Feature creates a stack of 10 wild symbols on one reel to form combinations with. Finally, the Two Hearts Feature multiplies the total win.

Each round can be incredibly rewarding in this slot machine

The potential for massive wins is there with every spin of the reels. Thanks to the fact that winning symbols make room for other icons and so more clusters can be formed, the payouts can really add up during one round. With the features mentioned before in the Emoji Planet slot review, the payouts can get even better. Wilds can help form clusters as well.

Despite the fact that free spins are not available, it can sometimes feel like playing free rounds when clusters of symbols form again and again. The winnings for one round have been capped at 100,000 times the bet level. This means that it is possible to win up to £1,000,000 when playing the maximum bet. The Emoji Planet jackpot for one single cluster is of £100,000.

It is the best fit on mobile devices

We can safely say that emoticons are mostly used by mobile customers and so Emoji Planet fits perfectly on smartphones and tablets. NetEnt has added a Touch version of this hit gaming option that has a modified dashboard with more user-friendly controls.

The spin button has been moved to the right side of the screen, between the five feature meters, for easier access. The bet can be set from the smaller plus button and wins are displayed in the lower part of the screen. The amusing and colourful theme remains pretty much the same, no matter if you are playing from a Samsung Galaxy, iPhone, BlackBerry, or a Windows phone.

It may not be the most serious slot, seeing that it has a symbol that is a smiling poo emoji, but it can definitely be a fun choice for a relaxing gaming session. The best Emoji Planet tips we can give is to actually try the slot machine, at least for 10 minutes in the demo version. It will very likely grow on you and the features make it a great candidate for real money betting at a top online casino.

With its high payout rates and the potential for incredible wins, the Emoji Planet slot deserves the high rating it gets from our team of experts. You can try it out right now and let us know what score you think it deserves.