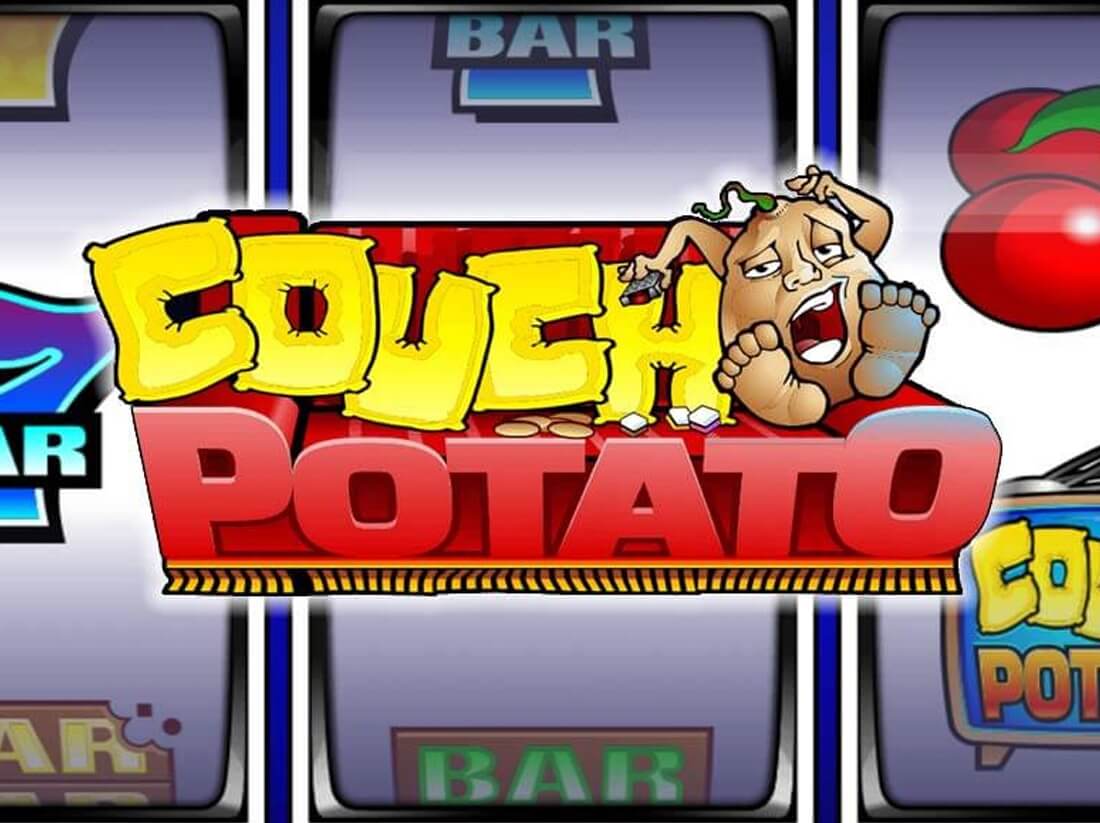 The Couch Potato slot machine is a classic 3-reel game from Microgaming. It has a very simple gameplay as there is only one payline. Players can bet up to three coins and the value of the coin can be set from the buttons in the dashboard. Despite its simple features, there is a very valuable wild symbol that can multiply the win five times for each one that helps make a combination. Three wilds on the line result in the Couch Potato jackpot of up to £75,000.

The theme has some amusing touches but it mostly follows the classic design that many players are familiar with. The symbols include cherries and different versions of the number seven. Due to its payouts and features, the Couch Potato slot maintains a high return to player rate of over 97%. This makes it a hit among frequent players.

Players benefit from an average RTP of 97.43%

A classic slot machine that fits on modern mobile devices

When it comes to online slots, the newer releases can appear to be overwhelming with their features and graphics. The Couch Potato online slot is different in this regard. It only has three reels and one line. Symbols must appear on the centre of the reels to be on the payline. Players can set the size of the bet from the buttons under the rollers. Coins range from £0.25 to £5 and up to three coins can be used for one spin.

Once you set the size of the bet, press the Spin button to start one round. The reels will spin and they will stop to reveal random symbols. The auto play options can be found in the expert view of the dashboard. It is possible to set the function for five or ten consecutive spins.

A classic slot machine with some themed additions

In many ways, Couch Potato looks like a classic 3-reel game. It uses several versions for 7 symbols, and three BAR icons. The only special symbol that represents the theme is the one of the TV with the Couch Potato logo on it. This is also the wild and is the most valuable symbol in the game. The pays are very good. Combinations are paid based on the table, multiplied by the number of coins wagered.

An extra feature to make the action more exciting

The wild symbol is the highlight of the Couch Potato online slot review. This is because it can substitute for any needed symbol to form a winning combination. Each wild also multiplies the payout for five times, making for big wins when two appear on the line along with another symbol. One wild symbol does not substitute for one cherry if it is alone on the line.

There are only three wild symbols in the game so they don’t frequently stop on the screen, especially on the one active line. It is however a nice feature to see in a classic slot machine so we definitely appreciate it.

The jackpot in this casino game is awarded for three wild symbols on the payline. However, it is very important to note that while the other payouts remain the same, the rate for this combination is boosted when betting more coins. It is not just doubled or tripled for two or three coins, respectively. The rate actually goes up quite a bit when betting three coins, making it significantly bigger than when only using one coin.

As a result, the Couch Potato tips encourage players to bet three coins and set the size of the coin to fit the bankroll, rather than betting fewer coins of higher value. If you get lucky and hit the jackpot, the return to player rate is actually higher so there is really no reason not to bet the maximum amount of coins. For three coins of £5, the spin costs £15 and the jackpot is of £75,000!

While the desktop version of the slot machine presents the full paytable alongside the spinning reels, the mobile variant only shows the symbols on the rollers. This actually makes it look nicer and cleaner. The buttons have been modified as well so that they take up less space and make sure players can easily spin the reels with one tap.

As for the mechanics, these don’t change and the payouts remain the same when betting real cash on mobile devices. It works instantly from the internet browser app on iPad, iPhone and Android smartphones and tablets. Some casinos offer native apps for iOS that include the Couch Potato mobile slot.

The bottom line of the Couch Potato slot review is that this is a pretty fun gaming option, for a 3-reel machine. It doesn’t quite live up the newer 5-reel games but it doesn’t try to. It is in a different league and it has something special that can make it appealing to every type of casino player online. Also, if we consider its high payout rate, it is one of the most rewarding slots you will come across.

More than that, the mobile format is very clean and very enjoyable on smartphones. The Couch Potato jackpot of 15,000 coins is definitely an extra incentive to try this game for real money. We have already prepared casino recommendations for you to get started as quickly as possible!