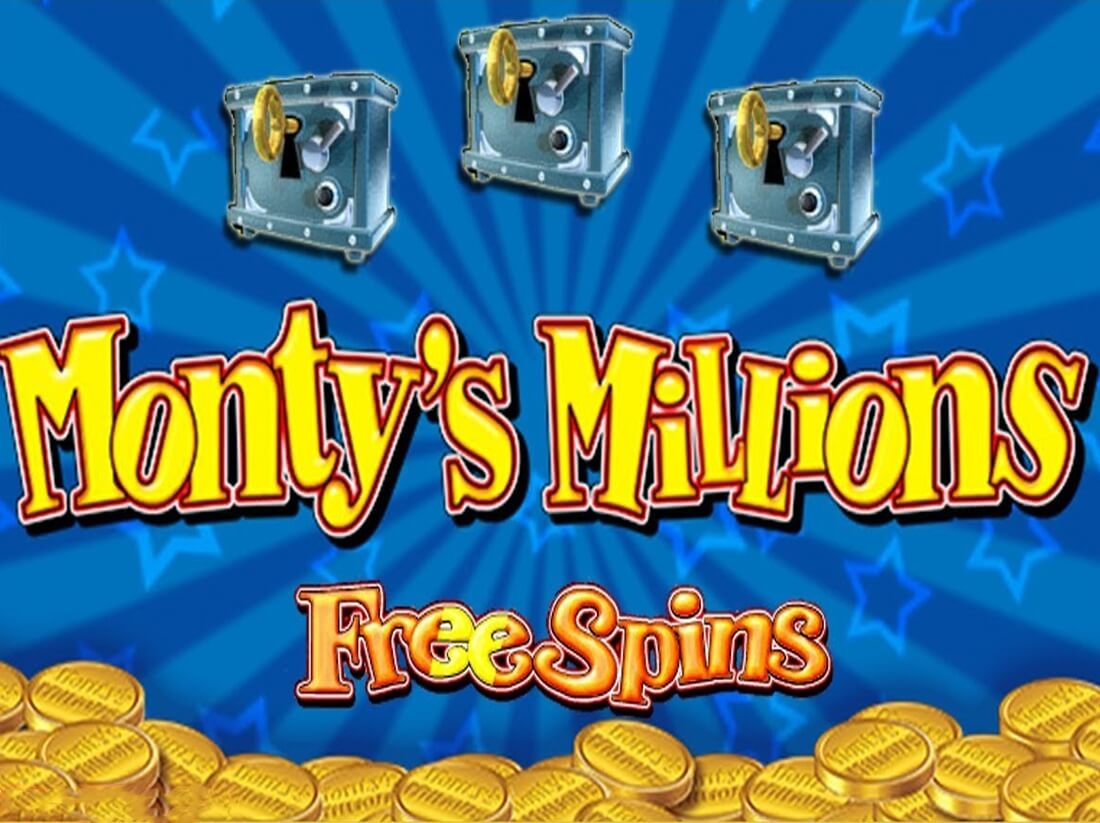 From developers Barcrest, Monty's Millions is a colourful 5-reel, 3 row slot offering players a prospective 40 winning paylines. The action centres around Monty, an eccentric millionaire who loves to throw his cash around, quite literally, on some symbols you see appearing on the reels.

Players can place wagers of 40p a spin, up to a maximum £40 stake. There are multiple high paying symbols to look out for, the best of which can net you upwards of 2,000x your line bet. Plus, there's also a free spins feature offering the chance to score up to 255 spins.

In this Monty's Million review, we take a look at the possible payouts players can collect in 2022. Plus, we'll throw in a few Monty's Millions tips to help you get off to a flying start at this Barcrest online slot machine.

Symbols in the Monty's Millions slot can net players up to 25,000x their stake.

A bonus feature gives players the chance to redeem up to 255 spins for free.

Not a lot to it, but delivers some good payout possibilities none the less

Monty's Millions sits in the 'luxury' slots genre, which is immediately apparent by the ostentatious symbols depicted on the reels, not least of all stately homes, a giant safe and cars which bear more than a passing resemblance to the Rolls Royce brand. By anyone's measure, these are the ultimate symbols of wealth, status and success.

Bets can be adjusted manually from a total stake of 40p through to a max £40 wager. There's an autoplay function if you lose the will to spin the reels manually, or if your butler isn't available to do it for you.

Give the Monty's Millions slot a try for yourself right now (with pretend money in our free play version). If you prefer real stakes, take a look at our team's top rated casino sites online, all offering Monty's Millions for proper returns.

There are a total of 12 base game symbols, all of which have the possibility of netting players a top cash payout in Monty's Millions. But, just like Monty himself, not all symbols are created equal. In fact, in this game the possible take-homes range from a meagre x5 to a staggering x25,000 your bet.

The wilds literally stack up in the Monty's Millions slot

There are two wilds in Monty's Millions: a regular pink Wild, and a blue Super Wild, both of which can stack up in the game.

Both wilds offer players the biggest payouts per number of matches - x50, x400 and x2000 your line bet for matches of 3, 4 or 5 respectively for the pink Wild, and x50, x400 and x25,000 (the Monty's Million jackpot) for the Super Wild. This gives players their best opportunity to get a huge return on their investment.

Players can bag up to 255 free spins

It's not unusual for today's online video slots to offer players the chance to win some free spins on the reels. Monty's Millions' free spin feature is perhaps one of the most exciting elements of this otherwise simple 5-reel slot game.

The free spins are triggered by the scatter symbol. Remember that silver safe we mentioned earlier on? That's the scatter in Monty's Millions. It can only appear on reels 2, 3 and 4, but when you land 3 in one spin you'll get an instant payout of x2 your bet stake. There will also be 5 free spins on a special set of reels that contain more Wilds, Super Wilds and scatter safe symbols.

Not only does this improve your chances of securing a bigger pay off, but you can also land more scatters on the centre reels, re-triggering your free spins again and again, up to a maximum 255 times no less.

Fully compatible to play on mobile

Barcrest released Monty's Millions originally in 2013, when mobile gaming was just beginning to tip the balance from playing on desktop PC and Mac. Nowadays of course there are even more smartphone handsets and tablet devices on the market. So ensuring online slots optimise well on these devices is a must for software developers in 2022.

Monty's Millions' performance is excellent on today's newest generation (and slightly older) iPhone, Android, Windows Phone and Samsung Galaxy devices. As you might suspect, a game as simplistic and easy to play as it optimises well with these devices. Plus we also found features that required touch screen, such as adjusting your wager size, all functioned perfectly well on the handsets our team tested.

Not about to win any awards, but the returns available are frequent and good

Having been built a few years back now, Monty's Millions does show its age a little compared to some newer releases by rival developers such as Microgaming and NetEnt. But slots purists may well enjoy this one for its traditional action, and absence of too many techy features.

The bet range caters both for those who like to stake a little more, and those who prefer to play it safe. While the returns of up to x25,000 on top paying symbol matches are an attractive incentive to play at Monty's Millions over some more recent releases. Plus, with the game being fully operational on mobile, there's always the option to play this one from your smartphone too, opening up more windows of opportunity to log into Monty's Millions and try your luck for real money.