Australia has long embraced the world of gambling, from betting to casino games and more. Today, all types of gaming remain popular with the people of the country, and the market continues to grow in leaps and bounds. Players help dictate that leading casinos make use of the best technology available to stay on the cutting edge of the industry.

Our full guide shows Aussie players exactly what they have to understand about gambling online. With a quick read through you'll understand all about the laws, the tax obligations, your gaming options and important terms that you should know before you get started playing.

The Legal Gambling Situation in Australia

When settlers came to the shores of Australia as early as the 1700s, they brought gambling ideas with them. Betting was common among the first Australians, especially the Aboriginals when the Chinese settlers brought card games into the picture. In addition to socializing and providing a way for communities to trade necessities, gambling offered competition and a new form of entertainment that evolved with each generation.

Throughout Australian history, the government has tried to regulate gambling in the ways that society dictated was necessary, and the laws still struggle to keep up with the latest technology and trends. Today, the technology involved in online gambling introduces continuing challenges presented by the desire of Aussies to gamble and the plethora of international online casinos that make it difficult for the government to regulate within its borders. As gaming progresses, laws attempt to do the same.

What were the first gambling laws enacted?

The first major gambling law was passed in 1852. The "Act to Restrain the Practice of Gambling and the Use of Obscene Language" and the subsequent "Vagrant Act" in 1853 tried to stop the playing of games like two-up and tan-tan, though horse racing and other betting was allowed. Card games contained unknown dangers to the conservative population at the time, and the laws attempted to restrict betting on such games.

What laws apply to modern-day gambling in Australia?

The prohibition of card games prior to the 1970s included casinos, but a new wave of public sentiment led to a reversal of that law. In addition, the government took a look at the revenue that could be accumulated from regulating and taxing AUS online casinos, as well as the benefits to the tourism industry. Most gambling authority was given to states and territories, and the first casino was opened in Hobart in 1973.

Online gambling became a factor in the 1990s as Internet casinos and poker sites began to offer games to players around the world, including in Australia. The Australian Commonwealth Parliament then passed the Interactive Gambling Act in 2001 to try to limit the offering of real-money Internet games to Aussies or advertise their services to its citizens. However, the government has had a difficult time enforcing the laws, as international online casinos continue to attract many players from the ever-growing market to their games.

2017 brought an amendment to the Gambling Act, requiring additional licencing of gambling sites by the Australian authorities and adding ways for gamblers to opt out to protect themselves from problem gambling. This legislation also prohibits offers like free bets and prevents in play betting.

Who regulates the Australian gaming industry?

While the Commonwealth does oversee the gambling industry as a whole, much of the regulation is delegated to the states and territories, such as the Australian Capital Territory's Gambling and Racing Commission; the New South Wales Office of Liquor, Gaming and Racing; the Northern Territory's Licensing Commission; the South Australia's Independent Gambling Authority; and the Victorian Commission for Gambling and Liquor Regulation.

Looking to try out a local casino?

Visit our Local Casino Finder to find brick and mortar casinos all over Australia.

Live gamblers in Australia have little to fear from the government, as betting platforms are available throughout the country and casinos offer a number of table and slot machine games. Live poker is popular in cash and tournament form, and players can access some of the largest casinos in the world in Melbourne and Sydney, to name only a few cities.

Online gamblers also have the freedom to gamble on whichever sites they choose, with a wealth of games available like craps, baccarat, blackjack, poker, video poker, roulette, slots, sports betting and many others. While the government struggles to define its own laws regarding international online casinos pokies and poker sites, players are still free to use those sites with no danger of prosecution in any form. The laws are still being amended and formed to follow the latest technology and succumb to player demand, but meanwhile, players are not named in any laws as participating in criminal activities.

How many Australians gamble regularly?

Data from 2007 showed that over 80 percent of Australians engage in some form of gambling each year. At that time, Australia collected nearly $5 billion in taxes and revenue from gambling ventures, with live poker machines comprising the largest portion of that with $3 billion. A commissioned study in 2011 showed that at least 70 percent of the country gambled, with tax revenue for Australia between $12.1 billion and $15.8 billion per year.

Are Australians allowed to play on international online casinos?

Yes. The government takes issue with the sites themselves and their ability to market to Australians, and wants to licence overseas providers itself, but the players have no part in the legal battle that could ensue. Players are free to choose whatever sites are available to them and compete in online table games, virtual slot machines, and poker games.

Can I legally deposit and withdraw money to online casinos?

There are many payment processors that make the process very easy. While the government may frown on some Australian banks allowing such transactions, there are many third-party processors that cater to Aussies and allow for simple deposits and withdrawals using a variety of methods, such as eChecks, prepaid debit cards, and transactions with checking and savings bank accounts.

Do I have to pay taxes on my gaming winnings?

Australia is one of the best countries in which to live regarding gambling taxes, as there are no tax obligations to players, whether they win or lose. Gambling is not considered a profession but a game of luck, so winnings are assumed to balance with losses. In addition, gambling operators, such as casino owners and betting companies, are taxed, so the government deems those the only pertinent entities to pay taxes. Each state and territory has different rates of taxation, but players pay nothing.

Most international casinos have a sufficient number of Australian players to offer AUD options. Almost every Internet casino or poker site will allow the deposit and withdrawal of funds in AUD, though not all of them offer play in that same currency. The larger sites, however, will allow a player to choose his or her currency and view their cashier page in AUD, which makes it easier for players to stay aware of their wins and losses without having to use any type of conversion.

How to Play Online Securely

One of the reasons behind Australian legislation to try to ban international online casinos and poker sites from catering to Aussies is the fear of little oversight or transparency. However, most reputable international companies are not only properly licensed, but they also engage in business with oversight organizations like eCOGRA to reassure players that their safety is guaranteed.

Most international online gaming operators must submit to audits by the organization that issues their gaming license. In addition, registration with eCOGRA ensures that regular audits will be performed to continue to offer a seal of approval on their sites. With the international recognition of eCOGRA as holding a high bar for industry standards, Australian players have grown to trust that cCOGRA-approved sites offer a safe and secure gambling experience.

How do Australians know that their funds are safe?

Any player can research online gaming sites before they play to verify that they are licensed and registered with an oversight organization like eCOGRA. Most international sites with reputations and many years of experience in the industry have done well in the business because of their attention to such detail and ensuring of Australian player funds.

Is play fair on the online casinos?

Yes. Each site that offers online casino games not only encryption software to protect player information but random number generators to keep the play fair. This ensures that each hand is dealt randomly and that slot machine games spin randomly. International sites that have experience in the industry always use these methods, as they are required to obtain gaming licenses.

Does a player have recourse if they suspect unfair activity?

Yes. Players who suspect any type of cheating or unfair play on an Internet gaming site should write to the support staff or customer service of the company. Depending on the sufficiency of that answer, they can take it further and contact the company that holds the site's gaming license. They can also contact eCOGRA and any other organization that is listed on the site for guaranteeing the fairness of the online casino.

The Australian government has a significant responsible gaming program for all residents of its states and territories. This site http://www.problemgambling.gov.au/ offers a plethora of information about problem gambling, including facts, resources, and legal steps taken to help players.

In addition, there are Gamblers Anonymous http://www.gamblersanonymous.org/ga/addresses resources available as well, with meetings listed in many areas, like Victoria, Tasmania, etc. Whether players feel that they may have a problem or someone is concerned about a friend or family member, there are many ways to gather information and get help in Australia.

Get 2.3 FREE Sweeps Coins On Sign Up
286 claimed this offer in the last month 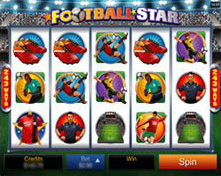 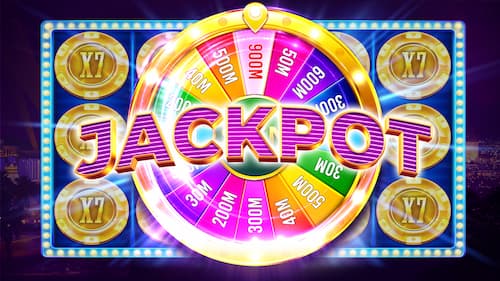 Free Chips @ Signup
154 claimed this offer in the last month 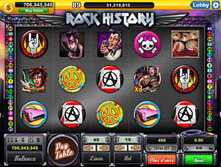 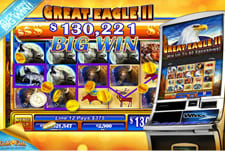 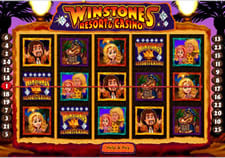 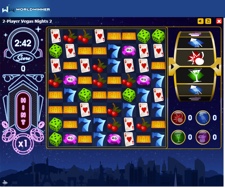 Online gambling laws differ in each country around the world and are subject to change. We thus urge our readers to check their local laws before engaging in online gambling, and we do not condone any gambling in jurisdictions where it is not permitted. Casino.org is not a gambling operator, no gambling facilities are offered on this site, and we cannot be held responsible for activities engaged upon on third-party sites.