PokerStars VR: Is It Worth Your Time? 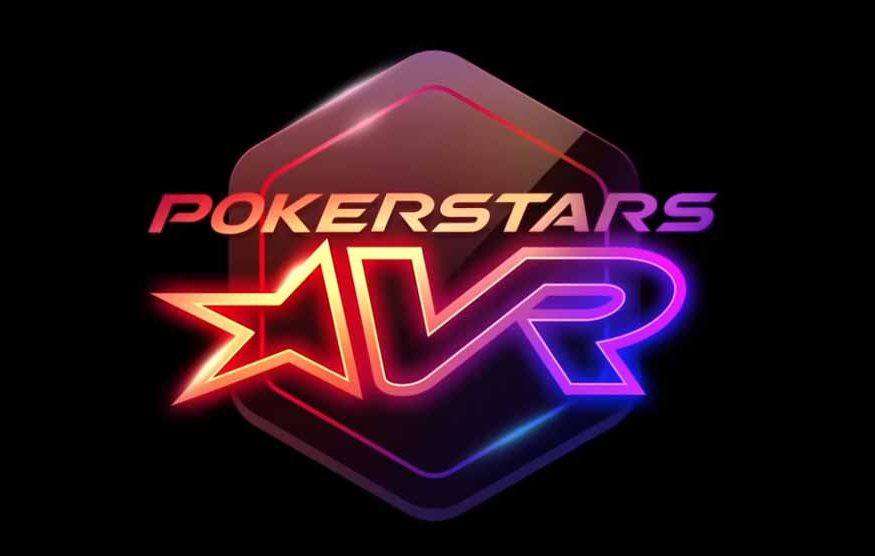 Online poker is constantly developing, and it wasn’t that long ago that the only way to play the game over the internet was using text chat on IRC channels. Compared to that, virtual tables with graphics were a huge step forward.

However, new technology is being developed all the time, giving operators a chance to take the online poker experience to a whole new level.

We’re talking about Virtual Reality (VR) poker, of course, and PokerStars, as one of the market leaders, was quick to pick up on the idea.

PokerStars VR offers a completely different setting where you can enjoy online games that have many elements of live tables.

You can see other players’ avatars, follow their hand and head gestures, and talk to them using voice chat.

It must be said that the PokerStars VR environment is still far from perfect and feels a bit rough around the edges.

But, for a completely new platform that has been around for a couple of years altogether, it’s come a long way.

How Does PokerStars VR Work?

You’re probably familiar with the concept of Virtual Reality (VR) in gaming.

Instead of looking at your screen and directing your character using a keyboard and a mouse, you are brought inside the game and control what’s going on using head and hand gestures.

PokerStars VR takes you inside a virtual casino where you can take your seat at the table. Other players are seated around you, and you can see their chosen avatars.

For the time being, avatars are represented by just a head and a torso with hands, so they kind of hover in the air.

It’s free to download and the games are just for play money.

PokerStars VR is still not available for real money play, and the company has no plans to launch real money cash games or tournaments any time soon.

The Virtual Reality environment is still in a testing phase of sorts, although it’s now available to the general player pool.

I’m guessing it will take a little while before Stars decides that it’s ready for real money action.

While the game is free, you’ll need to spend some money to be able to enjoy it.

PokerStars VR requires VR goggles, so you’ll need to buy one of the Oculus products or something similar. This will cost you around $200-300.

VR equipment is still quite expensive, which is probably why poker rooms aren’t ready to go all out with it just yet.

To create a sustainable economy, you need a fairly big player pool, and the number of people willing to pay a few hundred dollars just to play virtual poker is still relatively small.

Of course, you can use your phone and Google Cardboard, which will hold your phone to stimulate the VR set, but it surely takes away some pleasure from the experience.

The concept of VR poker is quite exciting as an idea.

You can pick your avatar and choose from several different locations, such as the Monte Carlo Yacht, the Showdown Saloon, or Void – a pitch-black setting where it’s all about the game, and no distractions are allowed.

You can roam around relatively freely with quite decent graphics, but at this point, PokerStars VR isn’t really an option if you’re looking for a serious game.

I say this for a couple of reasons.

First of all, people just aren’t used to this approach, and they’ll focus more on other possibilities, such as throwing your chips across the table, smoking a cigar, or having a virtual beer.

It really is a lot of fun if it’s the entertainment you’re looking for.

Secondly, these are play money games.

Players aren’t risking any actual cash, so they don’t have to worry about losing their stack.

They can always reload and keep fooling around, throwing virtual objects at you, so you should not expect to play serious poker.

While PokerStars VR doesn’t come through for those looking for serious games, it takes social interaction to a whole new level.

Being able to see your opponents’ avatars, gesture at them, talk to them while having a refreshing drink made of the finest pixels, and even giving them high fives are all the things you just couldn’t do online before.

In fact, the virtual setting lets you do whatever you want as there are no consequences.

Throwing a bottle of beer at your opponent in a real casino probably wouldn’t go over that well. In the PokerStars VR world, though, you can do whatever you like.

If you want to focus more on poker, you can do that as well, and there are some “physical” tells you’ll probably be able to pick off your opponents.

You’ll be able to see their hand gestures, the direction they’re looking in, and every time they double-check their hole cards.

This can provide you with a lot of information and help you win more virtual money.

But, to be completely honest, it’s hard to imagine this being the primary concern for someone joining the action since it’s more about the fun aspect.

Once the novelty wears off, perhaps the games will become more serious.

Most people know how to play online poker.

You see your cards on the screen, and there are a few sliders and buttons you can use to size up your bets and perform actions like checking, betting, and folding.

There is none of that in PokerStars VR. You need to interact with your cards and chips, just like in a real casino.

So when you’re dealt a hand, you’ll need to physically pick up your cards and look at them.

The good news is, it doesn’t matter how you go about doing this. Even if you lift your cards all the way up in the air, other players won’t be able to see them.

In heads-up pots, you can, if you want, show one or both of your cards to your opponent.

This will require some practice, especially when you want to show just one card, but you’ll get there.

You can interact with your chips in a similar fashion. You can pick them up, hold them in your hand, rearrange your stacks, etc. Chip tricks aren’t available yet, but it’ll probably come soon.

As for the betting, chips are quite responsive.

As you go for your stack, you’ll see numbers popping up, indicating the amount you’ve picked up. Once you’re happy with it, simply take the chips and throw them forward, just like you would at an actual table.

Feel free to splash the pot all you want.

If you feel like it or you want to intimidate your opponent, you can throw the chips all the way across the table. Once the bet lands, the software will collect all of them and put them in the pot.

And, what if you want to go all-in in PokerStars VR?

Simply grab all of your chips and push them forward. Depending on the size of the stack, you might need to use both hands to do it. But it’s really not that much different from what you’d do in a real casino.

Some of them make sense, and others don’t.

You can take a cup of coffee, a beer, an energy drink, a cigar, and even a little donkey. The donkey is alive, though, and likes to do its own thing – pretty funny to watch.

Is PokerStars VR Worth Playing?

I have a kind of a split opinion on PokerStars VR.

On the one hand, it’s really funny and entertaining. On the other, it feels more like everything else than a poker game.

Again, that’s probably because the concept is so new, and people just can’t focus the same way as when they play traditional online poker.

Plus, play money games are rarely serious and truly competitive (the VR aspect aside).

So, I don’t think spending a few hundred bucks just to play Virtual Reality poker is worth it.

On the other hand, if you’ve been thinking about buying VR goggles anyway or have them already, you should definitely give it a go.

And if you can get a couple of friends to log in with you, it’s a guaranteed good time.

One good idea that comes to mind is setting up a home game with few friends in the VR setting. If you all agree to take it seriously or put some incentives behind it, it could be a really interesting and new experience!

It might take you a little while to figure out all the controls, but developers have done a pretty decent job, so it won’t feel too awkward. After a few hands, you’ll get the hang of it.

I guess it can also be a nice training ground for those who have never been to a live poker room. You’ll at least get to see some aspects of live poker and get accustomed to them ahead of time, which can be quite useful.

That said, you shouldn’t try any of the virtual gimmicks in the real world..

Spilling your beer all over the chips and the felt is funny online but will probably get you banned from any respectable cardroom out there.

Is PokerStars VR the Future?

I guess this question is more about if Virtual Reality, in general, is the future of gaming.

Looking at the current trends, it may well be so, but it feels like it’ll take at least a couple of more years before VR fully takes over.

As for Virtual Reality poker, it has its pros and cons.

It’s nice to be able to “see” your opponents, chat with them, and play with your chips and cards. It adds to the overall experience if you’re looking to have some fun.

For serious grinders, though, VR poker isn’t the answer.

Live games are quite slow in general, and you can only play one table at a time.

Virtual Reality tables are even slower because people can do whatever they want, and a hand can take a long time to complete.

So, if PokerStars were to go full VR tomorrow, this would have a huge impact on the player base.

Many pros would have no incentive to play, and many recs just wouldn’t want to spend the additional money just to play some online poker (which is costing them money already).

I do think that PokerStars VR has a future, especially as VR technologies become better and more affordable. At some point, we’ll probably see some real, serious games happening in the VR setting.

But there is still some way to go before that happens.