Investing vs Gambling – Two Sides Of The Same Chip? 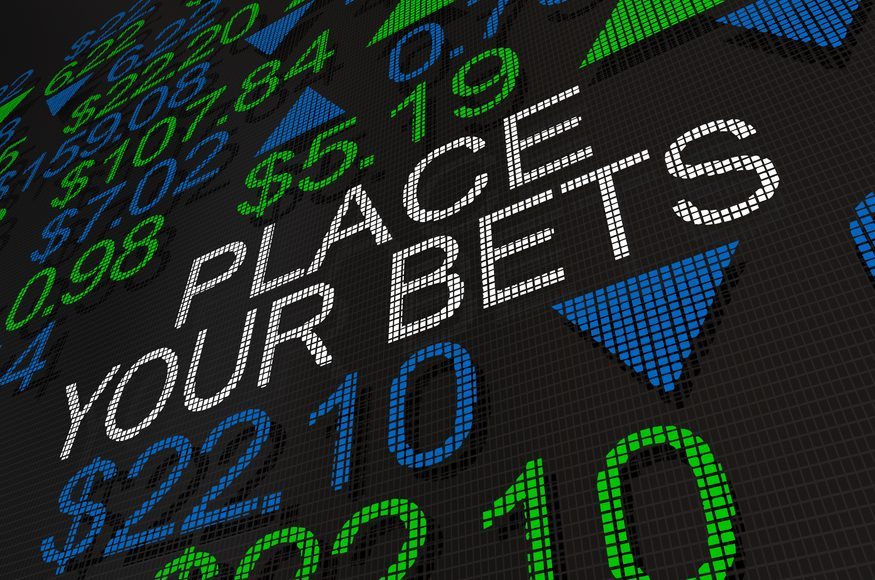 Is trading with stocks and shares a form of gambling? It’s a question that stirs up plenty of heated debate.

The former is often seen as a legitimate career path, a serious pursuit for intelligent individuals dressed in sharp suits, and a smart way to use and move around capital – risking money to make money, deciding which businesses and markets to back.

We’ve all watched those Hollywood movies set on Wall Street, where characters push the stock market rules to the limit, riding their luck or skill and reaping the benefits of a high-pressure, big pay-off lifestyle.

It can look suspiciously like those films that glamourize casinos.

But at the opposite end of the spectrum, gambling can also sometimes draw the wrong headlines, and be labelled as a vice or addictive pastime.

Yet when it comes to the crunch, are trading and gambling just two sides of the same coin?

With the GameStop saga having been in the news recently, showing how quickly stocks and shares can turn into a ‘gamble’, we thought we’d delve a little bit deeper into the debate…

Stocks On The Rise

The Financial Times recently reported on rising numbers of young people and novice investors being drawn to the thrill of investment in stocks and shares.

A combination of COVID-19 lockdowns leading to more unspent money, furloughed folks at home with time on their hands, and global market lows, were blamed for the sudden boost. The report also indicated that tech stocks in the likes of Amazon and Apple were popular among millennials with money.

Trading apps like Robinhood have also seen a surge in interest.

The commission-free trading platform in question has seen its number of users spike across the past seven years – from 500,000 in 2014 to 13 million in 2020, the year of the pandemic, according to Statista.

At the moment, more and more people are trading, and the potential reasons for this – to try and double your money, to strike it rich, for the thrill of the chase, the highs and the lows – do sound strikingly familiar…

Robinhood Slams On The Brakes

The Robinhood platform also takes us neatly onto our next point – the GameStop saga that’s still rumbling on.

If you’ve been living under a stone for the past few months, which is entirely plausible considering the current pandemic, the Robinhood app – which is said to appeal to younger and less wealthy investors – is described as being a ‘key player’ in the controversy.

In January, the video game retailer GameStop saw its stocks shoot up, doubling in value daily.

This was due to a social and online media campaign aimed at raising the company’s value and hiking the share prices, thereby hampering professional investors who were planning to ‘short sell’ shares – borrowing shares before selling them and purchasing them back at a lower price to make a profit.

For its part, Robinhood and other platforms capped or restricted trading of GameStop stocks for a couple of days during this time. Its users were unhappy, to say the least, claiming it was a form of market manipulation to help out the hedge fund managers.

It’s estimated professional investors did lose around $20 billion USD in the first month of the year, but when the borrowed shares were returned, prices reportedly plummeted as the demand for the stocks fell once again.

For the benefit of our debate, this is an illustration of how easily hype and excitement can lead to people jumping on prices in the rush to reap instant rewards, turning volatile and complex situations into a gamble if investors don’t understand when they need to pull the plug.

You could say, it’s a perfect example of how, even when you think you’ve turned the tables, the house always wins…somehow.

Is Trading The Same As Gambling?

So is trading just a poorly disguised, high-brow form of gambling? Here’s the argument for…

Hedge fund managers may not like it, but trading and gambling do have plenty of things in common. And once you’ve realized that, it can be hard to overlook.

For starters, you’re dealing with odds and risking your own money to try and make more, with the risk of losing it all. What says ‘gambling’ more than that?

Strategy – following the performance of others, analyzing the current situation and behaviors, using the experience of previous scenarios – to determine how you’ll move your money, is also a key feature of both.

And similarly, the risk level rises with the level of investment, just as it does at the games tables.

At the casino, if you’re sure of the hand you’re playing with, that the game is looking favorable and there’s huge winnings up for grabs, you may back yourself and bet as much as you can afford to lose.

But if you pile all your chips down on a game that could turn at any second, you know you’re putting your savings on the line and could go home with nothing.

It’s exactly the same principle with the stock market; is the business you want to back worth what you’re risking?

Those are the decisions traders have to make every day – determining, just like a gambler, whether to go all in or say they’re all out.

The highs – when you make the right call that sees the value of your assets soar – can be followed by quickly losing it all and having to start rebuilding your portfolio from scratch.

If you’re a risk taker, there seems very little difference between backing a company on the international market and playing a game on blackjack or high-stakes poker at a local or online casino.

Uncertain outcomes and chance are at play in either scenario.

You could argue it’s all a game, and if you’re investing, one where bluffing can have far wider-reaching impacts.

Can Day Trading Be An Addiction?

Within the similarities is also a more concerning sub-section – the potential for addiction.

As with anything that involves ‘winning’ and can make you feel good, the thrill of day trading, of seeing investments pay off, can be an addictive element for some people.

The addictive issues surrounding gambling – the chance of making a large profit, the fast pace of games, combinations of highs and lows, taking risks to regain that good buzz from successes, can also be present in the trading of stocks and shares.

While being engrossed in a game or market can seem harmless, it’s been well-covered by numerous studies that any kind of addiction has the potential for ‘players’ to spiral, lose their focus on everyday life and risk financial ruin.

How Trading Is Different To Gambling

But what about the argument against?

We can also see, of course, that there are differences between trading and gambling.

When you bet on a game or an event, it’s short-term and instant with perhaps a poker tournament stretching over several nights or a week at most. Whereas investing, and portfolios, can be a life-long pursuit.

Some argue that this difference in timescale also helps differentiate trading and gambling even further – with the odds for gamblers increasingly in favor of the house, the more and longer that they bet.

The ‘house’ – the casino or the games company – does in theory have a mathematical edge the longer that betting goes on.

But for stocks and shares, the common perception is that your chance of making money increases over time and pays off. Yet all this does, again, depend on the type of trader or gambler you are.

Other arguments include that when investing, you actually own a share in a company, which provides value either way. Compared to gambling, which gives nothing tangible in return unless you win.

The flip side of this, is that of course those stocks and shares could end up being worthless.

But isn’t it true that you can then sell any shares that drop? Yep, of course.

With trading there’s always the option to back out and still get some value back – to foresee a loss coming your way and mitigate against it.

The same cannot always be said for gambling – once you’ve placed your bet, your money is on the line.

Yet now, at some sportsbooks for example, you can back out of bets on sporting events early if you’re winning but sense a change in the direction of the game, and then get your stake back plus some.

In the end, having covered both the similarities and the differences between investing in stocks and shares and gambling, it all looks like a case of preference.

Either way, you’re risking something. And risk, we’d argue, or calculated risk, is the crucial element that defines gambling.

Gambling is, in essence, betting on something – whether that’s an event, game, market change or a company – staking money or something of value on a potential future outcome, an outcome that’s uncertain.

And of course, it’s key to remember that in both there are truly only two outcomes eventually, be that after a day at a casino or years of investing on the markets – and those are a profit or a loss.

Whether you do that in an online game, in a sportsbook, at a games table in a casino, or on a platform dedicated to stocks and shares, it all sounds like placing a wager to us.