These Are Officially The Rudest Premier League Fans 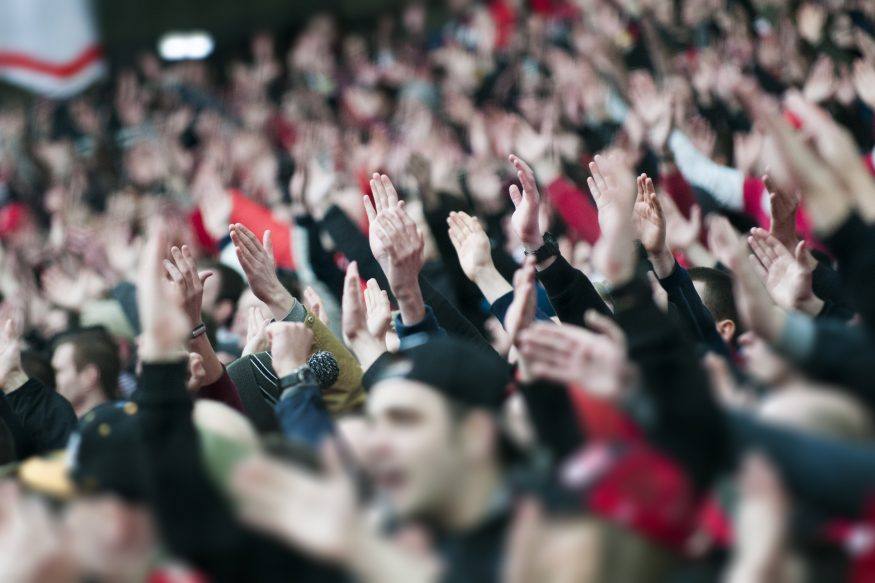 UK football fans (soccer in the US) may be famous for their humor, banter and catchy songs and chants — but they’ve never been known for minding their manners.

Attend any football match across the nation, and you’re almost guaranteed to be greeted by a slew of profanities (usually aimed at the referee), especially in the Premier League.

Here at Casino.org we don’t like to judge on reputation alone, so we’ve gone deep into the trenches to do our research — analyzing the top 100 posts plus comments across the Subreddits for each Premier League club — to find out which are the rudest fans in the PL. Enjoy…

Who Is The Most Foul-Mouthed Premier League Fanbase Overall?

Using percentages, we counted the contribution of each club’s online supporters to all the swearwords found across Premier League Subreddits. That’s dedication to the cause. Here’s what we found out…

Liverpool fans on the platform came top of our profanity league, contributing 14.80 per cent of PL teams’ swearing. In just 100 posts from the club’s supporters — and their comments — we found a whopping 457 swears.

As to why this may be, we couldn’t possibly speculate. Perhaps it has something to do with the fact that Reds fans are among those forking out the most for matchday essentials, as on average tickets cost an eye-watering £46 per person, with £7.50 needed to pay for a pie and a pint — according to our Premier League matchday calculator.

Interestingly, Burnley were bottom with just 14 profanities, contributing only 0.45 per cent of swears. Who knew Turf Moor’s terraces were filled with such polite fans?

We totted up the top words used both league-wide and team-wide to find out which were PL fans’ favorite expletives from their er, expressive, vocabulary.

The results are in…and the final score shows that — unsurprisingly — ‘f**king’ took top prize, having been used more than any other word. 1,033 times to be exact, which counts for 33 per cent of all curses.

Which other impolite words were among the most used? Again, it’s no surprise that ‘s**t’ came second, having been used 859 times, while ‘f**k’ completed the top three most-used swears with 755 mentions.

As for individual fanbases’ favorites, ‘f**king’ was the top profane word for Manchester United fans — contributing 34 per cent of Red Devils supporters’ swears.

Showing that fans may have more in common than they think, it was also the sole favored swear of 13 other PL clubs, including Liverpool, Everton, Aston Villa and West Ham United. While, Manchester City fans clearly like to mix it up a bit, with ‘f**k’ and ‘f**king’ their joint favorites.

‘S**t’ was also a popular pick, coming top for a number of southern teams’ supporters such as Chelsea, Arsenal, Southampton, and Crystal Palace.

When it comes to how frequently certain teams use each word, results revealed just how colorful football fans’ language can be. Below are some of the most ‘outrageous’ examples.

Arsenal fans certainly don’t mince their words, as they used ‘c**t’ 20 per cent more than other sides’ supporters.

Meanwhile, Tottenham and Liverpool fans were united in their love of the word ‘wanker’, using it 33 per cent more than other teams.

And, of course, we couldn’t forget to mention that Newcastle fans are more likely to use the words ‘wank’ and ‘ass’ than any other. Nice!

If you’ve enjoyed this piece about PL fans, you can also check out our similar article on the most toxic fanbases in the NFL. Happy reading!

Methodology:
We analyzed the top 100 posts of every Subreddit for each Premier League team, including every comment on the posts.