How to Play Online Poker With Your Friends 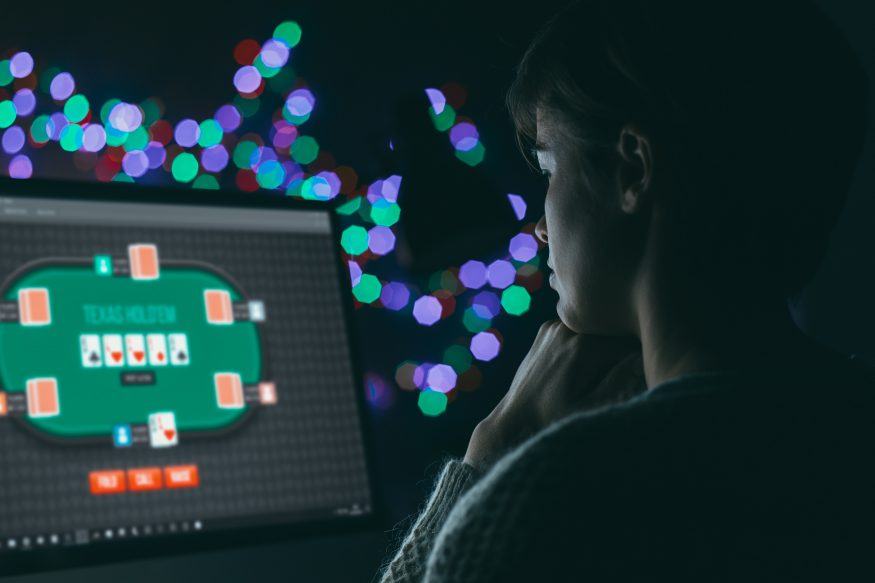 Almost anyone can set up a home poker game, especially online. All it takes is a few clicks, a bit of your time, and you’ll be good to go.

A well-organized home game can be loads of fun, and even when it’s virtual it won’t stop the winner obtaining bragging rights.

In fact, you’ll have a variety of options at your disposal, some of which would be quite hard to set up in the real world.

Here’s our guide on how to play virtual poker with a group of friends. I will go through two major poker platforms briefly to help you with the set-up, and then we will discuss alternative ways to play online poker with friends.

The very first thing you need to do if you’re keen to set up an online home game is to pick the right platform for it.

To the best of my knowledge, there are currently two major sites offering this option, namely PokerStars and 888poker, both of which are on Casino.org’s list of recommended online poker sites.

Both rooms have pretty good options for home games, so choosing one will be down to yours and your friends’ personal preferences. If you need help deciding which is best for you, check out our PokerStars vs 888poker review for an in-depth comparison.

Before moving to that part, though, you should primarily consider what kind of a home game you’d like to run, i.e. choose between a tournament and a cash game format.

Tournaments are a lot of fun to play as they bring out a competitive side. Busting your friend out of the game can be a lot of fun and will help set up the atmosphere.

After all, home games are about banter just as much as they are about the actual play – if not more.

The downside of tournaments is that people are bound to bust, and those who go out early will spend a lot of time not being able to play.

If you aren’t planning on starting a second tournament later, it could be a very short evening for some of your friends, which isn’t what you want to achieve.

So, at the very minimum, you should look into setting up these tournaments as rebuys, at least for the first few levels. That way, if someone busts out early, they can get back in again and keep playing.

I’d say that’s a much better option than having someone eliminated fifteen minutes in, forcing them to miss out on all the fun.

Unlike tournaments, cash games are excellent for online home games because you are never eliminated. You can simply buy-in again once you bust and keep on playing, so it’s probably a better choice for many – especially newbies.

On the flip side, if there is nothing to lose (if you’re playing without real money on the line), players aren’t incentivized to play proper poker. They can be reckless with their chips, trying to run up a big stack and continue to reload as necessary.

One way around this would be to give everyone a certain “bankroll” if you decide to play just for fun.

For example, if you’re playing 1/2, everyone has 2,000 chips to work with. They’re allowed to use them as they like, topping up or rebuying when they bust. However, once the entire 2,000 is gone, they can no longer participate.

Of course, all these problems are irrelevant if you play for real money since if someone decides to go all-in, they have no one to blame but themselves.

Step 2: Set Up Your Online Game With Friends

Once you’ve figured out whether you’re playing a cash game or tournament, it’s time to set things up and invite your friends to join.

As mentioned, there are two main options you probably want to look into, and I’ll briefly go through both.

PokerStars is still the leader in all things relating to online poker, so it’s no surprise they’re also the number one option for those looking to set up private poker games online.

Here’s how it works:

So, if you want to set up a small-stakes cash game but still have something on the line to make things more entertaining, you’re free to do it. Or, you can just play for fun and bragging rights.

If you want to set up a tournament, the process is just as simple. You can choose different formats and different games (Hold’em, Omaha, Seven Card Stud, and more) and set up the buy-in. And again, just send your unique ID to your friends to start your poker game!

The only major drawback of PokerStars Home Games is that you can’t access them on your phone. So, if your friends want to join, they’ll have to do it using a laptop or a desktop computer.

Obviously, this isn’t a small thing seeing how many casual players prefer playing from their phones, but it’s something you’ll have to workaround.

In addition to PokerStars, 888poker is another significant online room where you can set up private games for free and enjoy playing with the select group of your friends.

The process is somewhat even more straightforward than the one at Stars:

You don’t have to create a unique club at 888poker, which makes things quicker.

On the other hand, PokerStars is slightly more convenient if you have a larger group of people and want to organize games more frequently.

For whatever reason, the 888poker only offers this feature on the desktop software as well. So, if your friends prefer to play using their phones, this isn’t an ideal solution, either.

In all honesty, it is somewhat strange that neither of these large rooms would make an effort to ensure their home games’ option is supported on mobile devices, but that’s just how it is at this moment in time.

So, there you have it – it really is as simple as that to set up an virtual poker game with your friends.

As good as these two options are, they come with certain restrictions that could be quite a breaker for your online home game.

Many people only play poker for fun and only do it on their mobile phones. So, it’s good to have some alternatives in your back pocket if this is the case.

In the past few years, mobile poker has experienced quite a renaissance. There are now numerous mobile apps that are entirely free to use and have been designed for people who want to organize their own games and poker clubs.

These are basically free-to-use apps that don’t use the standard rake model but rather let people use them the way they want while app makers make money via other sources.

PPPoker is such an app. You can download it to your mobile completely free of charge, install it on your phone, and use it to set up all sorts of cash games and tournaments.

As the club owner, you have complete freedom to issue players with the funds they can use for the games in your club. At the moment, the app supports Hold’em, Omaha, and several variations of Chinese Poker.

This app, as well as several others that work on the same principle, are geared towards mobile users.

Taking Your Virtual Poker Game Up a Notch

If you want to create a really memorable experience for everyone, you can take things up to the next level.

With a bit of imagination and extra effort, you can create an atmosphere that will be just as entertaining as if you were all seated around an actual table, having beers and snacks and tossing chips around.

Many software solutions let you create virtual meetings that are just perfect for this kind of setup, so you could invite all your friends to a Zoom conference and have all of you on-screen as you play.

Sure, this takes a bit more effort to set up, and you might need to do a bit of convincing with those who are on a shy side, but it’ll be worth it when you see it takes the fun to the next level.

If you do it this way, it will be virtually the same as if you were in the same room. You’ll be able to see each other’s reactions, talk, laugh, and yell – like you’re supposed to in a home game!

Some poker clients have started introducing this kind of functionality as well, but they’re definitely lagging behind.

If you want to do it right, just use third-party software to set the communication up, and you can expect a much better experience that way.

The ability to play with your friends online without having to gather them at the same place at the same time definitely has its upsides.

The biggest one is, obviously, that you’ll be able to have fun doing what you all love despite the physical distance.

Another significant upside is that you’ll have more freedom when it comes to organizing things.

If you just want to throw an occasional game for your friends, you probably don’t have all the logistics required. You might have a limited number of chips, or you aren’t too experienced with setting up tournament structures, etc. When you do things online, all of this is easily sorted out.

At the same time, there are certain cons to setting things up this way.

Honestly speaking, it’s tough to play poker if nothing is on the line. The game just doesn’t have the same allure. Poker was designed to play for a (monetary) reward, and there is nothing wrong with it.

If you organize everything online and use play money, the only way to add this dimension is by having everyone agree they’ll honor their side of the bargain.

In most cases, this won’t be an issue, but someone may refuse to honor the deal. Even if the amount is negligible, this creates an atmosphere of distrust and may put people off from playing the next time around.

Unfortunately, I can’t give you advice on how to prevent this from happening. If you’re the one running the game and are passionate about it, you’ll just need to use your best judgment on who to invite and what your rules are!

As far as the technical side of things is concerned, you have all the tools you need to set up and run online poker games with your friends.

There are a few solid recommendations in this article, but you’ll also find a few other options on your own if these don’t fit your expectations.

If you’ve never done it before, this may take some time getting used to, especially if you also want to add the whole video call thing to the mix. My advice is: give it a try and see how you like it.

Once you’ve played a couple of sessions together, things will no longer feel strange at all, and you’re probably going to love it.

Both PokerStars and 888poker are on Casino.org’s list of recommended online poker sites.

About The Author:
Tadas Peckaitis is a professional poker player, published author and poker coach. He writes for a range of online publications and helps other poker players to excel. He can be followed on Twitter and Facebook.