Everything You Ever Wanted to Know About Gambling Laws in China 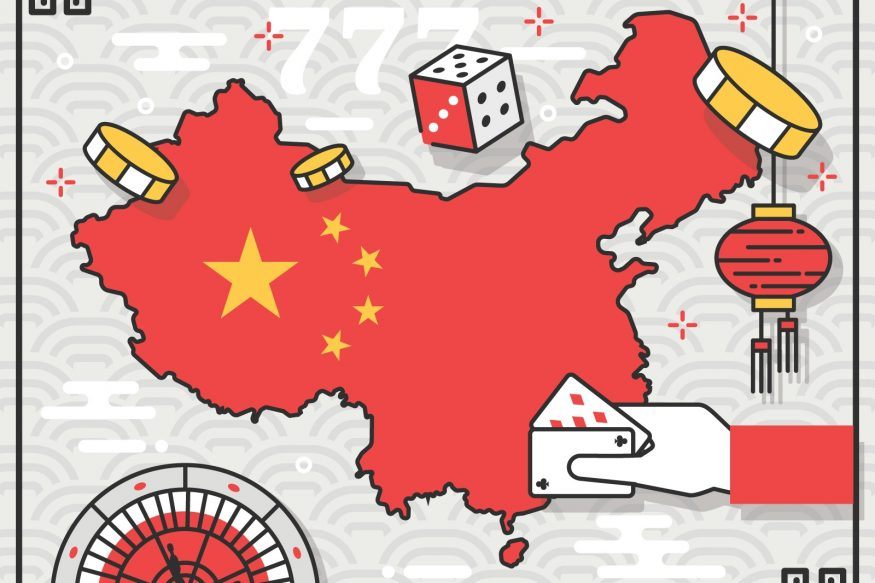 Gambling in China has been deemed illegal under Chinese law since the Communist Party came to power in 1949. This includes any type of gambling. In China, both online and land-based gambling is illegal for all citizens, as is the act of opening a casino overseas with the intention of attracting mostly Chinese citizens.

Although it’s a punishable offence to break these laws, in practice citizens of China regularly do state run lotteries and travel abroad to gamble.

Gambling in Macau is Legal

Where can you gamble in China? What about Macau? I hear you say.

Although gambling is illegal in mainland China, as we well know, Macau is a gambling hub! Macau is the only place where you can legally gamble in China – but it’s not easy for Chinese citizens to get visas in order to visit.

Macau was released from Portuguese rule just over 20 years ago with a promise to maintain its capitalist system until 2049. Whilst it’s not worked entirely, and residents have seen many of their voices and freedoms cut, the economic growth is undeniable.

Gambling has been legal in Macau since the 1850s and when it returned to China in 1999 it was put under a different admin system, so the laws differ slightly.

The economic success of Macau comes from the tourism generated by the casinos and has resulted in rapid growth for the region.

Online gaming is not allowed in Macau; however, residents are permitted to engage in it via platforms from abroad.

Gambling in Hong Kong is Illegal

Gambling in Hong Kong, which is classified as a special administrative region, is illegal. It is, however, conveniently located an hour by road and ferry from Macau.

Although gambling is not legal, it’s ok to market games there and a lot of big Macau casinos have marketing offices based here. There are lots of high roller in Hong Kong and this is an easy and effective way of targeting them with ad campaigns.

It is legal to participate in either horse race and football betting, and national lotteries as long as they’re managed by the Hong Kong Jockey Club (HKJC).

the only legal bookmaker and racing club in the territory. They have a monopoly over all horse racing.  If you’re found betting at an unauthorized bookmaker, you’re in serious trouble.

As a government-run organization, it’s the largest taxpayer of the territory and frequently funds projects that address social issues in the community.

Whilst gambling may be illegal, citizens are free to partake in government-approved lotteries.

There are two types: the Welfare Lottery and the China Sports Lottery. It’s a booming business for the government.

To play, simply head to a local corner shop and for as little as 2 yuan (30 cents) you can buy a ticket that could potentially win anything up to 10 million yuan (1.5m USD).

Although 2019 saw a drop in sales generated for these lotteries, it was still fairly high at $60.12 billion for the year.

The Welfare Lottery, set up in 1987, works like the kind of lottery you’re probably most familiar with.

There are a few different versions – Double Color Ball, 3D Lottery, Lucky 7 are the big ones – and the aim is to correctly guess the order in which the numbers appear.

Revenue from the Welfare Lottery is huge. The money is used for projects that support the elderly, vulnerable, and disabled.

The Sports Lottery, set up in 1994, is a legal way of betting on outcomes in international soccer and basketball, wagering on particular results.

The closest thing you can get to gambling legally in the country in fact, so long as you’re playing the government-run version.

There was a surge in sales running up to and during the 2018 World Cup, but sales have since declined. They were down by 40.1% in July 2019 compared with the previous year, however they’re still stronger than the Welfare Lottery’s sales.

Profits are put back into the system, funding sports projects for youths, buying sporting equipment for communities and going towards the training of top athletes.

China’s ‘temporary’ ban of online sales is still ongoing after four years but with revenue dipping, and in the wake of COVID-19, maybe now would be a good time to lift it.

In terms of the regulators, in mainland China the lotteries are run and governed by the government.

They’re pretty heavy handed about any online activity they detect, or underground rings that operate in woodland areas. The government’s known to have deployed drones to spot any illegal gatherings in more remote areas.

In Macau, all casinos and gambling is regulated by the Gaming Inspection and Coordination Bureau (DICJ). The law defines the region as ‘a continuous gaming zone’ meaning business should run 24 hours a day for 365 days of the year.

Any closure of an establishment or halting of activity can only be done under exceptional circumstances.

So how do non-Chinese nationals fit into these laws?

Tourism is massive in Macau. It’s now a bigger gambling destination than Las Vegas (compare the two playgrounds here) and welcomes tourists from around the world.

How does it work for expats living in mainland China? As there are few gambling options it makes it easy to stay on the right side of the law.

You can partake in lotteries, but any illegal gambling could result in you being denied the right to leave the country, and imprisonment.

Whilst gambling online is illegal to Chinese citizens, there are many Chinese-run online casinos aimed specifically at them. This is against the law.

The government works tirelessly to shut them down. It should be ok for expats and tourists to gamble online if you can access sites there, although it’s advisable to use a site based overseas to be on the safe side.

As we’ve established, online gaming is illegal in China, however, organizations like Guangdong Club online are doing whatever they can to get around this and deliver games on the screens of China’s citizens.

Registering itself in Costa Rica, this platform reportedly gets 75,000 yuan ($10,500) worth of bets for streaming a single 30-second game of baccarat through it, as reported by Bloomberg.

Clearly there’s a thirst for it and the government is finding it near impossible to monitor.

As more money goes into these illegal sites, it means less is going into the Communist regime, but as the internet is so hard to police, they’re struggling to shut it down.

Guangdong Club operates a lot from Cambodia and the Philippines, so Beijing has applied a lot of pressure on these countries to change their jurisdiction.

Whilst Cambodia has said it won’t issue new licenses or renew those that expire, the Philippines are less inclined to follow suit due to the small economic boost they’re enjoying.

Maximum punishments in Hong Kong for unlawful gaming activities are fines of HK$5 million and seven years in prison under the Gambling Ordinance.

In mainland China if you’re caught running an illegal casino you could be locked up for a decade, three years just for playing in one.

Mah Jong, a much-loved and quintessentially Chinese game, recently came under scrutiny. In October 2019, the government announced it was now banned as a way of curbing illegal gambling.

Many people play this without gambling however and, after a day or two of public backlash, the government backed down.

Gambling at a Glance

So, there you have it. Laws and rules around gambling are pretty strict in China.

The Communist regime is very traditional where drugs, prostitution, and gambling are listed as the three vices that destroy society. They’ll do whatever they can to keep those out, so any hopes that China might soon relax the gambling laws are not high.

Whilst Chinese citizens can get their fix from state-run lotteries, the figures show that they’re keen to spend their money on traditional casino games. There are plenty of sites willing to accommodate this, but the punishments are severe if you’re caught.

Whilst many of these sites claim you can be paid winnings through your state-run bank account we’re unable to get confirmation on this from any of the banks.

Other pay platforms are working with the government to crack down on any illegal activity though, making it more difficult to access any money you might win.

If you enjoyed this, why not take a look at this article about celebs that’ve been to prison for breaking gambling laws or these seven weird gambling laws in Las Vegas?