Trump’s Odds of Winning The Election – Will Coronavirus Affect His Chances? 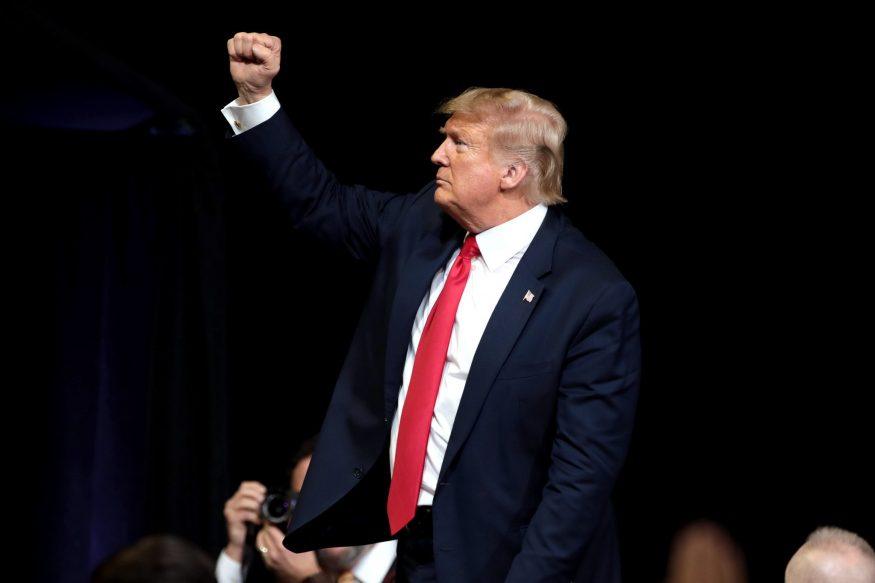 Will coronavirus determine the US election, or should we analyze other indicators?

Political betting expert, Paul Krishnamurty, weighs up Trump’s odds of winning the election based on the current polls and global situation, but warns bettors of the risks of predicting politics at this time.

At every election, various theories are put forward about which indicators will determine the result. Most famously, “It’s the economy, stupid”.

Or does success or failure in foreign policy move the needle? Is it all about ad-buying, media coverage, or simply the electoral appeal of the candidates? Are current and long-term polling trends the best guide? All and more are worthy of consideration.

Whilst the race has barely begun – we still don’t know for certain whom the Democrat candidate against Trump will be – there is no shortage of polls.

The current president has been regularly compared, head-to-head, with Joe Biden since entering politics in 2015. The long-term signals are grim for Trump, who has often trailed by double-digits. The current RealClearPolitics average is better though, with the deficit down to 5.8 per cent.

However even if he doesn’t transform those numbers, all may not be lost for Trump.

He lost the popular vote by 2.9M, or 2.1 per cent, in 2016 yet won the electoral college due to narrow victories in Pennsylvania, Michigan and Wisconsin. Polls in that trio of states, plus Arizona, Florida and North Carolina, are a better guide than nationwide surveys.

Political scientist Dave Wasserman has argued that Trump could even lose by 5M votes nationwide, yet still win.

Coronavirus Has Potential To Transform Every Aspect Of Politics

In any case, predicting politics at this current moment in history is fraught with risk.

Coronovirus is ruining economies everywhere and has the potential to transform politics. Caseloads and casualties are rising by the day. Policy responses are changing.

As this study shows, the likelihood of a deep recession – especially in the second quarter of 2020 – would, on historic measures, be terrible for a sitting president.

The fundamental problem with that theory is that no previous election year recession was caused by a pandemic. This is obviously a unique situation.

It is quite a stretch to assume voters will pin the blame on Trump for a crisis that started in China – a fact he will frequently stress.

Another caveat essential to any judgement is that we are likely at an early stage of the crisis. We cannot confidently predict how it will affect the national psyche, let alone the economy or polls.

It is worth noting that coronavirus is not so far hurting incumbents elsewhere. Quite the reverse.

In the UK, Prime Minister Boris Johnson and his governing Conservative Party have soared in the polls, building a lead over the Labour opposition of historic proportions.

In the latest French polls, President Emmanuel Macron’s approvals rose by 14 per cent. In the worst hit country in Europe, Italian PM Giuseppe Conte’s numbers are also sharply up.

Trump has also received an early boost. Indeed, this is really the first issue to move his approvals above a consistently low range – reinforcing a perception that populations put partisanship aside and rally around governments during a crisis.

Two caveats here. Trump’s advance is smaller than the aforementioned European leaders. Plus it is plainly obvious that, unlike Europe, US politics has not become less partisan in the past month – or likely to become so.

If we’re looking for an overarching ‘model’ to predict the election, we must consider that of Professor Allan Lichtman – who bucked the consensus trend in 2016 by tipping Trump, and also successfully predicted he would be impeached.

He offers 13 ‘keys’ relating to domestic, foreign policy and personal qualities. If six are false, Lichtman’s model says the incumbent will lose.

At least three keys (four according to Lichtman) are locked in against Trump. Two more apply to the short and long-term economy, thus suggesting the coronavirus effect presents mortal danger to Trump. It could also trigger a seventh failed key, were social unrest to break out.

Personally, I am always skeptical of any such overarching models.

Every election is unique. All candidates are unique – none more so than Trump. The conditions, backdrop, narrative differs every time. There are always ‘known unknowns’ such as differential motivation and turnout.

A common mistake in political betting is to assume the dynamics of the previous election will be repeated.

The 2016 result cannot be accurately explained without strong reference to the rise of ‘third parties’. Gary Johnson (Libertarian), Jill Stein (Green) and Evan McMullin took out nearly 5 per cent of the vote.

Consequently, the Republican and Democrat candidate shared only 94.3 per cent, compared to between 98.3 per cent and 99 per cent in the previous three elections. This was driven by Trump and Clinton being the least popular presidential candidates in history.

The effect of their rise in 2016 almost certainly helped Trump. Groups that would otherwise have been likelier to vote Democrat preferred these minor candidates.

Clinton was a damaged figure, as low approvals indicated, having endured a quarter-century of Republican-led investigations. Her campaign was blighted by the infamous e-mail scandal, reported threat of indictment (‘lock her up’) and since verified Kremlin-led fake news campaign.

Partisan Lean Has Swung To Democrats Since 2016

Democrat turnout in 2016 was lower than expected, especially among African Americans. Ever since Clinton’s defeat, however, it has soared – whether that be in special elections, their best mid-term result in four decades, or their recent primaries.

All of this suggests to me that Trump will need to win more than the 63M votes obtained in 2016, and a higher vote share than 46.1 per cent.

I also believe we should take particular note of another indicator, that receives much less coverage – the generic congressional ballot. American politics has never been more partisan and becoming more so.

That is evident from polls, results and nature of the conversation – including over the importance of and reaction to coronavirus. The number of actual swing voters is relatively small.

The real world manifestation of this party ballot is the House of Representatives vote. In 2016, the Republicans won this by 1.1 per cent – indicating that Trump was less popular than the party overall.

At the mid-terms the Democrats won by 8.6 per cent. Their current average lead according to RCP is 8.2 per cent – a huge swing since 2016 that would surely render Trump’s statistical miracle impossible to repeat.

As I read it, that indicator points to a Democrat landslide.