The Top 10 Horse Jockeys Of All Time 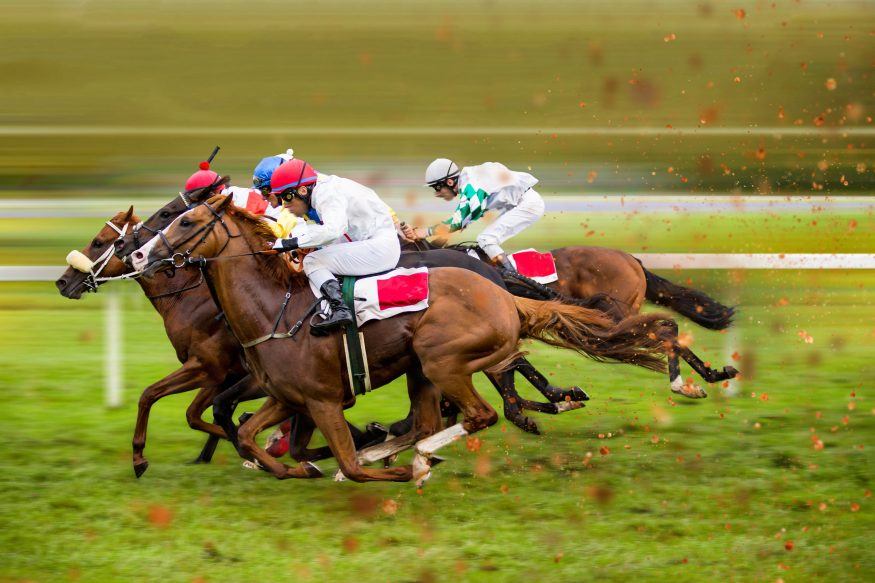 Famous jockeys are part and parcel of horse racing. Measuring their success is extremely subjective, however. There are different ways of looking at who is the “best” horse jockey ever without settling the debate.

One metric for ranking famous horse jockeys is the prize money they rake in. You can also look at quality and quantity of horse races won.

There’s also career longevity to consider, international success in big events and striking up memorable partnerships with famous racehorses too. Comparing jockeys from different eras and places, and with different riding styles is always difficult.

We thought we’d have a go anyway. With honorable mentions for Eddie Arcaro, Javier Castellano, Pat Day and Chris McCarron, this is our list of the top 10 jockeys of all-time.

A 12-time Irish champion jumps jockey, Ruby Walsh retired from the saddle in 2019 as the rider with the most wins in Cheltenham Festival history.

Thanks to 59 race victories at the premier event of British Isles National Hunt horse racing, he was also top jockey at the Festival 11 times.

Walsh is best known for long associations with champion trainers Paul Nicholls in the UK and Willie Mullins in Ireland.

Ruby partnered two Grand National winners – Papillon for his father Ted Walsh in 2000 on his first-ever ride over the Aintree fences, and Hedgehunter for Mullins in 2005.

Russell Baze may not be as high-profile as others on our list of famous jockeys, but there isn’t a professional horse rider who can claim to have won more races.

He has almost 13,000 winning rides at an almost 25 percent strike rate.

Nearly one in ever four of the racehorses Baze has sat on in his career, he has partnered to victory.

It’s an incredible achievement and, while there aren’t any major wins in US Triple Crown or Breeders’ Cup races on his CV, he is well worth his place on this list.

Born in Canada to an American family, Baze is a 10-time American champion jockey by most winners. Lost in the Fog, the US champion sprinter from 2005, is perhaps his most famous equine partner.

As a record 20-time British champion jumps jockey in consecutive years, McCoy’s desire and will to win was unparalleled.

He set a new record for most National Hunt winners in a single season in the UK in 2001-02. McCoy steered 289 rides past the post first in that memorable campaign.

Best known for his association with trainer Martin Pipe, he became retained rider to leading Irish owner JP McManus. That supplied McCoy with a raft of big rides, but he still went for quantity over quality.

Second on America’s all-time list of winning most jockeys is Laffit Pincay, Jr.

A seven-time champion jockey stateside in terms of prize money, he dominated the sport in the early 1970s and rode the most winners in 1971.

Pincay Jr. partnered Affirmed to US Triple Crown glory in 1978. A sure-fire Hall of Famer, he started riding in his native Panama before making it big in America.

An incredible mark of 9.530 career wins saw Pincay Jr. retire then as the most successful jockey ever in terms of winners. Only Baze has surpassed him since, so he just had to be included in this list that puts forward names for the best horse jockey ever.

Frankie is best known for his flying dismounts and 20-year association with powerful worldwide thoroughbred racehorse operation Godolphin. He was retained rider to Sheikh Mohammed for a golden period.

Dettori has pretty much done it all in a career that continues to this day. For that reason, he has to be in the conversation for best horse jockey ever.

Nobody has ridden more winners of France’s most famous race, the Prix de l’Arc de Triomphe, than Frankie with six.

His partnerships with Stradivarius, Enable, Golden Horn, Authorized, Shamardal, Singspiel and a whole host of other Flat luminaries in Europe and beyond ensure Dettori’s place among famous jockeys.

Frankie has even been UK champion Flat jockey three times.

Proof, as if it were needed, that age is no barrier to success is embodied by Mike Smith. At the age of 52, he partnered with Justify to claim the US Triple Crown in 2018.

It was the highlight of his career despite being towards the end of it.

Smith is synonymous with success at the Breeders’ Cup too, winning 26 races at the premier Flat thoroughbred meeting in America.

Arrogate, who has won some of the richest races staged in the world, is another of Smith’s high-profile equine partners in a career that began in 1982.

He has also set a new record for most American Grade 1 successes in the saddle, surpassing honorable mention Jerry Bailey, at the end of 2019.

Any list of famous horse jockeys needs to have a 26-time champion on it. That’s what Sir Gordon Richards managed during a glittering career in the saddle.

While he wasn’t as prolific in the British Classics as some of the other UK based jockeys on our list, Richards set a record that may never be broken.

Longevity and sustained success are both boxes firmly checked in this case.

Richards became a fine racehorse trainer after retiring from riding and son Nicky still has stables at Penrith on the edge of Lake District.

Sun Chariot, a rare winner of the UK Fillies’ Triple Crown, and Tudor Minstrel are perhaps Richards’ most famous equine partnerships from the 1940s.

No jockey on planet earth can claim to have bagged more prize money than John Velazquez.

With well over 6,000 winning rides, Velazquez is still seeking the career Triple Crown in the USA.

Just glory in the Preakness Stakes eludes him with two wins apiece in the Kentucky Derby and Belmont Stakes. Velazquez has topped the prize money charts twice in America and remains consistent as ever.

Kitten’s Joy and Scat Daddy, who have both become huge influences on thoroughbred breeding as sires of great racehorses since going to stud, are among his most famous equine partners.

And now we come to “The Long Fellow”.

Lester Piggott takes the second spot in our list of famous horse jockeys, because he not only had longevity, sustained success at the top in the UK and Ireland but international success too.

Piggott’s way of riding racehorses has been imitated ever since.

With 30 British Classics under his belt, including the UK Triple Crown of 2,000 Guineas, Epsom Derby and St Leger with Nijinsky in 1970, he partnered many of the best Flat thoroughbreds in Europe over four decades.

An 11-time UK champion Flat jockey, Piggott even has the British horse racing awards – the Lesters – named after him. And with nine wins, he is the most successful rider in Epsom Derby history.

Piggott also holds the record for most victories in the Ascot Gold Cup (11), Dewhurst Stakes (10), July Cup (10), Coronation Cup (nine) and many other Group 1 races.

Quite possibly the best horse jockey ever though, is Bill Shoemaker.

He rode 11 US Triple Crown winners, but never captured all three prizes in the same season.

Although he is only third on the all-time list of winning most American Flat jockeys, Shoemaker had a career strike rate over 21 percent.

In other words, about one in every five horses he ever rode won their races.

He topped the earnings table 10 times in his career in the saddle, holds a deserved place in National Museum of Racing and Hall of Fame and was champion US jockey five times in the 1950s.

Shoemaker went on to earn more than treble what he made riding as a racehorse trainer once he retired after 41 years of being a jockey.

He is truly one of the all-time greats.