R. Paul Wilson On: Why This Keno Cheater Got Busted 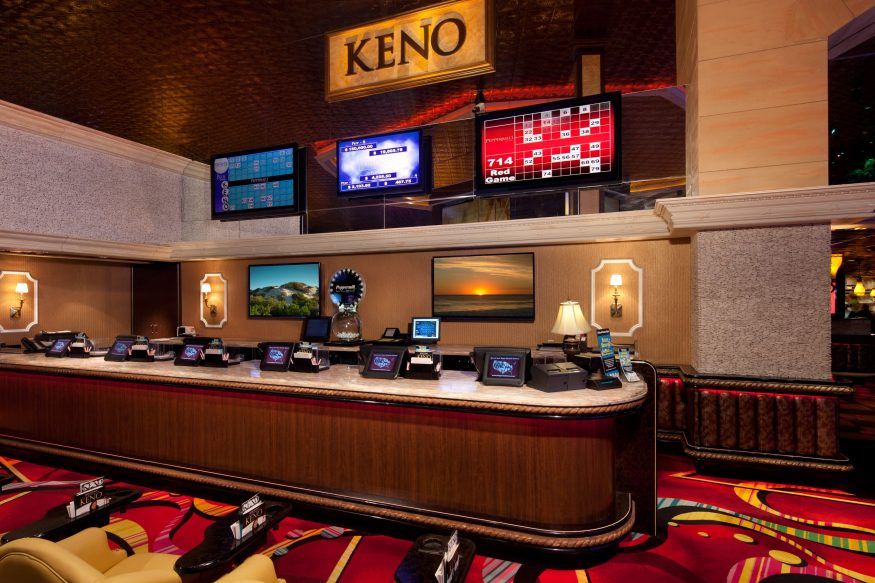 Imagine you had a system to predict the outcome in a seemingly impossible-to-beat casino game that offers enormous jackpots and, with just a few wins over time, you and your confederates might all be millionaires.

On January 14, 1995, a player at Bally’s in Atlantic City bought $100 worth of Keno tickets at 10 bucks a piece with eight numbers selected on each ticket.

Buying Keno tickets is not the hallmark of a professional gambler.

The game tends to target casual players, addicts and people tired of the rock and roll bingo lifestyle. So when Reid Errol McNeal collected his receipts, no one was sweating the action upstairs.

A few minutes later, however, everyone with an ounce of responsibility to protect Bally’s games was taking a very keen interest in Mr. McNeal.

Nobody was more surprised than McNeal, suddenly a deer in the headlights of casino security who had some serious questions before they would hand “Lucky Errol” his cash.

Security Was On To Them

McNeal wasn’t exactly over the moon about his sudden windfall, he had no identification, and refused to take a cheque.

But the loudest alarm bell for the casino was this: no one had ever won so much at Keno in the history of Atlantic City!

Understandably, this player deserved a little investigation before handing him the Benjamins so, to make sure he was on the level, State Troopers were called and asked to verify McNeal’s identity.

When they got to his hotel room upstairs, things quickly began to unravel.

In Errol’s room was a second gentleman, by the name of Ronald Harris, who immediately seemed odd and evasive to the gaming investigators and law enforcement officers.

Since no crime had been established nor was it really suspected at this point, after confirming Harris and Morris’s identity, they left Ron Harris in the room and took McNeal downstairs to ask a few more questions.

NOTE: I’m aware that players get irritated when they hear about casinos not paying off without interrogating winners, but when the prizes is so large and so unlikely one should expect at least a little suspicion. Reid Errol McNeal and his nervous buddy Ron Harris really stunk up the joint, and everyone knew something just wasn’t right.

Sure enough, when they checked out Ronald Harris, he proved to be an employee of the Nevada Gaming Control Board so something was definitely going on.

But the question was: what?

How does a Gaming Control Board employee predict the outcome of a sucker’s bet, with odds of 230,000 to 1?

The answer lay in Mr. Harris’s day to day work, as a computer technician ensuring slot machine chips in Las Vegas were not interfered with, switched or reprogrammed.

His job required him to randomly select machines and check their EPROM chips.

Under further investigation, he was accused of reprogramming those slot machine computers to pay out in response to certain combinations of coins being inserted.

If a player dropped coins into the slot in a prescribed manner, the reprogrammed EPROM would quickly deliver a jackpot.

It was thought that Harris employed several confederates to use this information on reprogrammed machines across the city, winning thousands in a single sitting.

On his return from Atlantic City, Harris was arrested and fired.

The subsequent investigation resulted in charges but the question remained about how he had beaten a Keno game thousands of miles away in beautiful New Jersey.

As a computer engineer, Harris had realised that computer programs in that era had difficulty generating random numbers and usually used algorithms based on past sequences or results to generate future outcomes.

It occurred to him that this might represent a weakness he could take advantage of by duplicating the code used to generate Keno numbers.

He could then enter previous results of a target game and use the same hardware to make predictions.

He figured that if the same program running on the same type of machine had the same results to work from, the numbers generated by Harris’s machine might come close enough to the casino numbers and show a profit.

Harris built his device using stolen equipment and booked a flight to Atlantic City where his buddy McNeal would buy tickets for a few days to test Harris’s theory.

The problem was that it worked all too well, all too quickly.

They hit the biggest jackpot ever recorded for the game of Keno on their first try!

No one was more surprised than Harris, who was only looking to test his system before rolling it out in Nevada and had rather foolishly booked into the same hotel he was trying to cheat under his own name!

Even worse, after gaming officers and state troopers came calling, Harris panicked and ran for the airport, leaving enough computer equipment to tip authorities to what might be going on.

You really couldn’t make this shit up!

The Lesson? If You’re Going To Cheat, Be Subtle

An important lesson for anyone trying to work an advantage against a casino or other players (or just outright cheating) is to avoid hitting the game so hard that you have to skip town as soon as you get the money.

For example, it’s often said that a good deck switch will “wake the dead” in a poker game since it’s such a heavy, sure fire way of taking everyone’s money. But there’s a reason that some coolers are so effective they have to be used as a form of hit and run.

Put yourself in Ron Harris’s shoes.

You’re dishonest enough to sabotage slot machines all over Las Vegas. You stumble onto a way to beat a game that could potentially pay out hundreds of thousands of dollars.

And when you take that idea out for a quick test drive, you end up hitting all eight numbers on a single ticket first time out!

What are the chances?