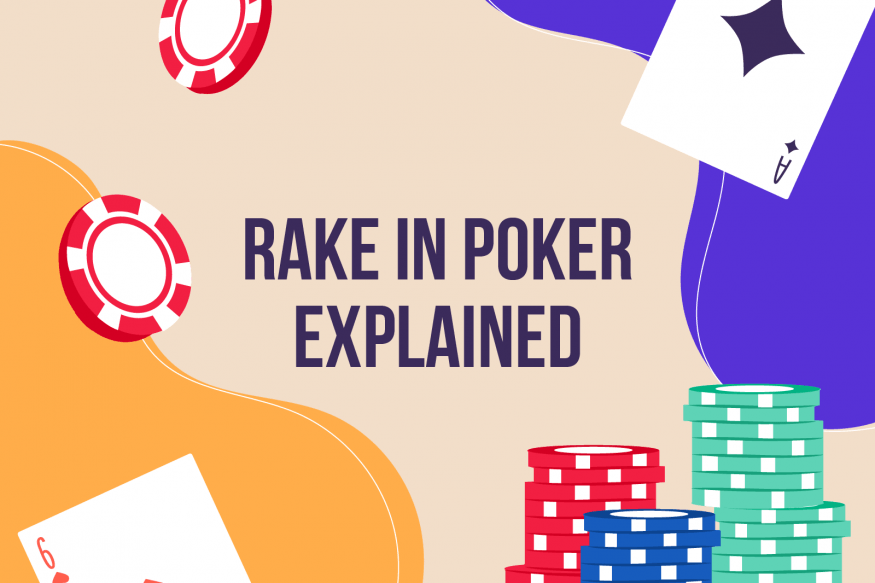 It is no secret that casinos are in the business of making money. Every single game, be it roulette, blackjack, baccarat, or slots has an in-built advantage for the casino that is commonly referred to as the house edge.

The edge is usually around a few percentage points (differing from one game to another), guaranteeing that over a long period of time, the casino will make money. For every $1,000 wagered on roulette, for example, the house makes around $30.

But poker is different.

Whether online or live, the game isn’t played against the house. You play against other players and win money from them, or they win money from you – but not from the casino.

The casino has no vested interest in who wins or loses, and the dealer is only there to deal the cards and keep track of the game. So, what’s in it for the casino? How does a casino make money from poker and what makes organizing tournaments and keeping cash game tables going feasible for them?

The answer to this question is a small, four-letter word, which plays an important part in the overall poker economy. That word is RAKE, and we’re not talking about a garden tool used to pick up leaves that have been piling up in front of your house.

In poker, “rake” is a percentage of money that a casino keeps from almost every cash game pot or tournament entry fee, a bit like a tax.

Further in this article, I’ll explore this subject in more detail, explaining finer nuances of rake from the casino, as well as the player’s perspective. You won’t just find out how casinos make money from poker but also how rake can influence your bottom line as a poker player.

Understanding The Basics of Rake in Poker

A casual poker player probably doesn’t think too much about how the casino makes money from poker. They come in, sit down to play, have fun, and (hopefully) go home with more money in their pockets than they came with.

Even if this information isn’t of particular importance to you, it is still good to understand rake and how it works.

In a cash game, whether it is No-Limit Hold’em, PLO, or any other form of poker out there, the rake is taken out of a great majority of pots before they are handed over to the winner.

In most casinos, it is a fixed percentage, going anywhere from 2% to 10% of the total pot. Both of these extremes are quite rare and, in most games, you’ll be paying rake of 3% to 5%.

Usually, there is also the maximum cap on the amount of rake that can be taken out of any individual pot, that is based on the particular casino’s rules.

It isn’t unusual for people to sit with very deep stacks (500 big blinds or more), and if two such players end up in an all-in scenario, having no cap on maximum rake could end up being very costly for them.

Still, some venues do go with the no cap rule, but these are not the games you want to be playing.

Let’s look at a quick example, just for the sake of clarity. You are playing $1/$2 game, and end up in an all-in situation where you put all of your $300 preflop against another player with a similar stack.

Let’s say the rake is set at 5% with the $10 cap, so the maximum you are paying for casino services will be 10$ from each pot you win. However, if the casino has no cap on the rake and the total pot is $600 as in this example, you will have to pay $30, which is three times more than in the first scenario.

Even though a previously mentioned way of collecting rake is the most popular for cash games, some of the casinos employ a different model.

Sometimes you can find yourself in a game, where you have to pay an hourly fee to sit at the table. It means that there will be no money taken from the pot when you play, and instead, you will be paying a fixed fee.

Neither of these options is better or worse, so you should see it just as a different model and know about its existence.

Differences based on the stakes

In the light of this discussion, it is important to mention that most small limit games are actually worse than the higher ones in terms of rake.

In $1/$2 games, you’ll often have a rake of 5%+ and a fairly high cap. Higher limit tables usually have a rake of around 3%, and the cap is also lower relative to the stakes.

Although this may not seem fair to small stakes players, it’s not hard to understand why this is looking at it from the business perspective. Whether you’re playing with $2 or $100 blinds, you’re still occupying a table and need a constant dealer presence to keep the game going.

So, to make it feasible at lower limits, casinos have to take higher rake compared to the blinds to offer their services.

Tournaments are a completely different game format where players compete for chips and try to outlast others in the event to reach the money stage. Thus, chip pots don’t have monetary value, and casinos can’t get their rake the same way they do in cash games.

This extra $10 or $20 on top of that $100 is also a rake, and it doesn’t go towards the prize pool. This amount is withheld by the casino and used to cover their expenses for organizing the event.

If you play tournaments and pay attention to rake, you’ll find that online games often have much smaller rake than the live ones, especially at lower stakes.

Obviously, this is easy to explain.

Online platforms do not have many extra expenses for launching the tournament, while live venues have to pay for the dealers, rent tournament floor space, tables and organize everything to have a pleasant event, which comes at an extra cost for players.

Beyond Rake: How do Live Casinos Make Money from Poker?

Although rake is the main source of income from poker games, it isn’t the biggest one for live venues compared to other games. In fact, many casinos are happy to break even when organizing a big tournament and benefit on the side.

While this may not make much sense at first glance, it is perfectly reasonable if we look at a wider picture.

First of all, tournaments will often serve as great feeders for cash games, which is great news for casinos that have big poker rooms.

Casinos make much more money from cash games since a long cash session can net them a hefty amount of cash without any exposure. It is a nice way to generate some extra cash for the house.

Beyond this, big tournaments with solid guarantees are a sure way to get significant foot traffic through the door. Many of those visiting the casino aren’t exclusively poker players.

They’re likely to find their way to table games and slots after the tournament, which means that over a few days, the casino will be stacking a lot of extra money from these players.

Of course, there are also other services offered by some of the larger operators, such as food, drinks, and accommodation, and all of these are likely to generate some revenue with a lot of people getting in to play in a tournament. So it all ties in nicely to create a solid bottom line.

As previously noted, online operators don’t have as many expenses connected with running a poker room. For example, they don’t need a few dozen dealers to run a tournament with 2,000+ entries. They also don’t need to reserve a vast amount of space for such an event.

Since it all happens in the virtual setting, once they have good software, they just need stable servers that can handle the traffic.

For these reasons, rake alone can be a great income generator for online poker rooms and casinos. Even without players wondering off to blackjack and roulette tables, they can earn more than enough to pay for the operation and still make a profit.

Of course, this does require enough player traffic as the rake is only generated when there is an action at the tables.

Lately, however, many online operators have also started to incorporate the land-based model, where they’ll offer some casino games right in the poker lobby. Nowadays, with many online poker clients, players are just a click away from firing up slots or jumping over to a table game like blackjack or baccarat.

Now you know how casinos make money from poker and how they can afford to keep the games running even with tournament prizes being so big.

With rake in place alongside all the additional income coming from players trying their luck with casino games, poker can be a very reasonable resource to boost their bottom line.

As a player, you shouldn’t be afraid of rake or dismiss it as something sinister.

Even if you’ve never heard of rake before, it should come as no surprise that casinos are making money from poker games. After all, they are doing it with everything else so why should poker be any different?

However, you should inform yourself about rake in the games you usually play as this can have a big influence on your bottom line. Games with unreasonably high levels or rake and very high caps (or no cap at all) can be very difficult to beat – even if you’re a very good player.

If there is more than one option available to you, a game with lower rake could be worth checking out. Unless there is a significant discrepancy in the players’ skill level, you’ll be making much more money when the rake is lower.

The best thing about cruise ships crossing international waters is that gambling doesn’t come under the same regulations as when...