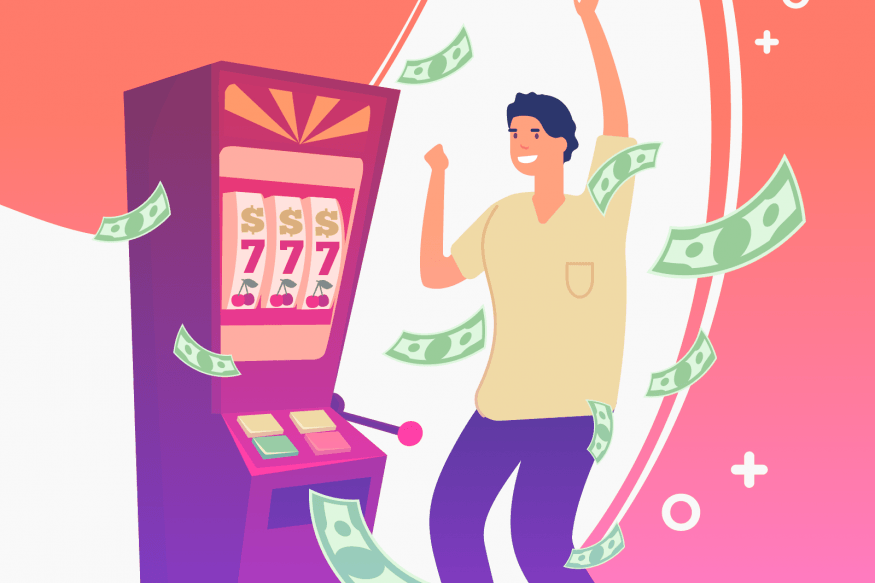 It’s no wonder that slot machines are big business in the gambling industry. You can get lucky and hit the jackpot from a small bet, with the best part being that they don’t require any skills to play.

But the question we all want to know is: how do you pick a winning slot machine and find the ones that pay out the most?

It’s important to remember that slots are totally random, so there’s actually nothing you can do to help you win.

However, some players believe there are a few things you can do to gain an edge over the casino, which we will share in this article today.

1. Pick Slots With The Highest Return To Player (RTP) Percentage

If you’re looking for slot machines that are most likely to hit, then you should be looking at the slots that have the highest percentage of RTP.

This is because the higher the RTP percentage, the more likely the slot machine is to pay out.

RTP is calculated by the amount an individual machine has paid out over its lifespan in relation to how much money has been paid in.

So as an example, if a game has an RTP of 94 percent then the theory is that if you put $100 into the slot then you could expect an estimated return in winnings of $94 (over a long period of time).

Obviously, that’s a rough guide and is not the case for every player.

The likes of TripAdvisor forums and Reddit often have slots players sharing their experiences of trips to places such as Las Vegas, Atlantic City, and Macau.

These players will then often highlight slots at casinos where they have enjoyed decent pay outs.

You can also pick up handy tips and tricks from other players along the way.

If you don’t want to spend time trawling threads looking for online slots with the best payouts, a great place to look is on comparison sites like ours that offer independent slots reviews.

You’ll be able to see all the info you need to help pick your next game, from the number of paylines and reels to the RTP and date of last win.

4. Research Game Developers To Find Out Which Ones Offer High RTP

Another tip some players recommend is to research different game developers to find the ones that offer the best RTP. It won’t take long before certain trends start to appear.

You’ll notice there are slots by the same developers constantly being mentioned, certain casinos being identified as possessing loose slots, and slot machines by name that have proven to be big earners for players.

Online software developers Playtech and NetEnt among others are renowned for releasing slots with high RTP percentages.

5. Avoid The Games That Hardly Ever Pay Out

On the flip side of tip #4, it will also be worth taking note of the slots that are notorious for not paying out.

The more slots you can add to a blacklist of bad earners helps to narrow down the slots that can be labelled for their higher payouts.

A number of slots have been highlighted by players as games to avoid due to their low RTP.

The likes of ‘Wish Upon a Jackpot’ by Blueprint Gaming, ‘Adventures in Wonderland’ by Ash Gaming, and ‘King Kong’ by Cryptologic frequently appear on such lists.

Instead, you should look up the ones that do pay out most by reading up on the biggest slot machine wins ever to spot patterns.

Spoiler alert: 80 percent of the winners on the list were playing on the Megabucks slot machine!

How Do Slot Machines Work?

You insert money, spin the reels, and wait to see if you won anything. It’s simple.

But inside the machine it’s a bit more complicated than that.

Slot machines work by using a complex piece of software, known as a random number generator (RNG). This determines the results of every spin.

When you spin the reels, the RNG ensures that whatever outcome it produces is totally random.

Some people might sit and play slots for hours on end, winning nothing, while someone else may come along and win on their first go.

You are more likely to win on a game with a smaller jackpot over these huge progressives, however, it’s still possible to get lucky and scoop a massive cash prize off of just one spin.

Sometimes the only way to find out what works and what doesn’t is to get out there and spin those reels yourself.

How To Play 5 Card Draw Poker