R. Paul Wilson On: How To Be A Better Gambler 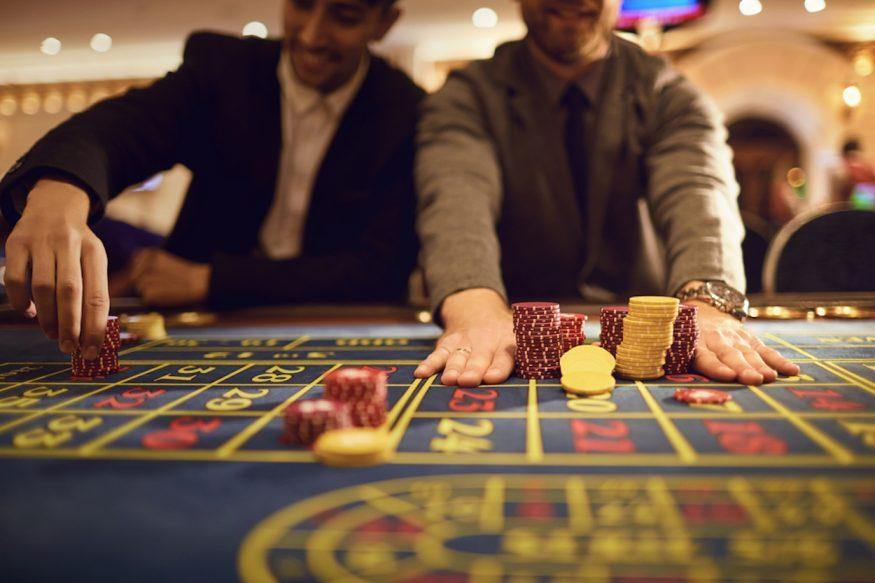 There’s an inherent danger in entering into any proposition without being properly informed or prepared in advance.

When plunged into unfamiliar circumstances, we have a natural tendency to learn quickly; making decisions or coming to conclusions based on available information and personal experience.

So it is with all forms of gambling: just as early experience can influence a lifetime of bad decisions, it can be extremely difficult (or even impossible) to unlearn conclusions made when we were least educated about the games we play.

This is not true of everyone.

Many successful gamblers realised at some point in their careers that they needed to stop what they were doing wrong and unlearn bad habits to stand a better chance of winning in the long run.

But not everyone has the presence of thought to reconsider their own thinking, especially if that thinking has paid off in the past.

I recall introducing a good friend to craps when we were working together in Las Vegas.

I’m a pretty crappy craps player who bets the pass line, takes odds and enjoys the atmosphere until my luck runs out, or I score a few bucks along the way.

I explained this to my friend who understood how taking the odds was a solid bet and that betting the pass line (rather than “no pass”) was a personal choice to stay with the table rather than bet against the crowd.

Pretty boring and that’s how I like it since I only buy in for what I can afford to lose and am never too deflated when I go bust.

That’s not how my friend saw it.

As his first craps game progressed, our winnings began to mount up (for a change!) and he began to experiment with other bets on the layout.

Two hours later and I was killing time at the blackjack table while he was winning big with the dice by betting every crazy combination you can imagine.

He followed other players and true gamblers and came out way in front with a sizeable profit for his first time out.

Meanwhile, I had merely eked out a tiny percentage from my conservative bets therefore late-night dinner was on him while I listened to theories on how and why he won.

I’d seen it all before, of course.

As I fought my way through a Peppermill fruit plate, I knew exactly where this was headed.

Two months later and my friend had spent many nights at many craps table with varying results but always certain he was still in front, overall.

Truthfully, I doubt that was the case and I know he busted his own bankroll a few times following a self-determined system based on what worked that first night at Benny Binion’s place while being “coached” by “helpful” dealers.

It’s only natural to come to the wrong conclusion based on inaccurate information.

In fact, this is the secret to all magic tricks regardless of how many theories you might have read by deluded psychologists and their MRI scans.

Incorrect or incomplete information leads to distorted reasoning which results in false assumption and flawed judgement.

A good magician will tell you that allowing an audience to reach their own conclusion as to what is (or might be) happening is a much stronger deception than anything a performer might tell them, whether true or false.

As Teller puts it: “Nothing fools you better than the lie you tell yourself.”

So it is that your first time at the table might prove more expensive in the long run if it influences how you play for years to come.

The Way Of The Realist

It’s all too easy to fall into bad habits and if you learn from the wrong crowd, those habits might become dyed in the wool and impossible to unlearn if you aren’t willing to take a cold, hard look at your results.

If you can account for all your wins and losses and are in the black or even substantial profit then more power to you, I hope your luck holds out.

But if you see a hole where your money ought to be, there’s a chance you’re just not playing correctly.

There are better ways to play almost any game and while your choice of game will certainly have a substantial financial impact on your bankroll in the long run, you have a simple decision to make based on what you can afford to lose.

Do I enjoy playing?

Are my potential losses acceptable in return for my time?

Is playing more important than winning?

The first question is important since it might identify all sorts of problems if you’re not at least having a good time.

If you recognise that you’re not enjoying your playing experience, it’s time to consider other options, including seeking help if you feel compelled to play.

If you are losing more than you’re happy to lose for the experience of playing, then you may be playing poorly or have chosen a game that will only occasionally reward your style of play.

Perhaps find another game or pick up some books and try to relearn how you play.

If playing is more important than winning, this can be a good or a bad thing.

Any gambler who manages his money against games with a negative expectation should be able to adapt to highs and lows.

But if you’re breaking into your piggy bank or spending the mortgage at the tables, your priorities are out of whack and you need to stop and rethink or find professional help.

Whatever your long-term results as a gambler, use your hard-won experience to re-think how you play and cast your mind back to how and when you developed your style of play.

I guarantee that if you haven’t stopped to read a few books, take some lessons or observe the right examples in any game, you may be misled by that first time you won, regardless of the quality of decisions that lead to that win.

Making crazy bets might pay off once or twice but unless you’re blessed with tremendous luck, they will bite back over time and take much more than you ever won.

As my friend learned over three months at craps tables around Las Vegas, you can’t figure games of chance based on short term results or you might end up on track for a lifetime of bad decisions.

Regardless, people tend to believe whatever they like and I know much of this will fall on deaf ears.

Once we cement our ideas based on isolated experience, it’s almost impossible to talk ourselves off the ledge of our own beliefs.

For more articles by this author, check out: