R. Paul Wilson On: Why You Need To Think Like A Poker Player To Avoid Being Manipulated 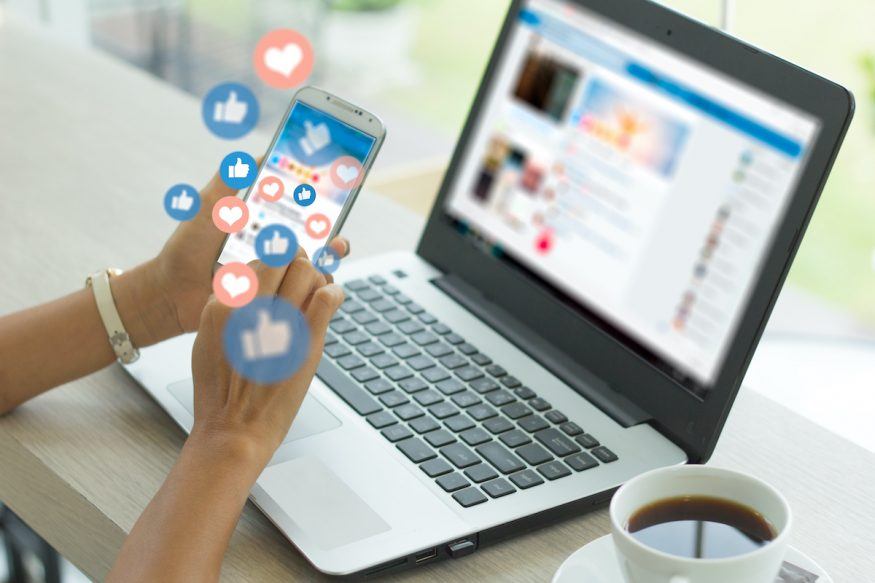 In today’s world, we are surrounded by forms of deception that work their way into every aspect of our lives.

Corporations, institutions and politicians seem able to lie with impunity; new forms of technology open the door to potential threats, and we are targeted from all sides by a constant flow of information that’s designed to influence or manipulate us.

Worst of all, it’s become so familiar to us that most people can be manipulated easily by aligning with their biases or beliefs, opening the door to a new generation of con artists.

This may sound like a bleak outlook but if you want to protect yourself, your loved ones and your interests you need to adopt a defensive outlook.

In life, you need to be a poker player.

Just like poker, in life you can’t believe everything or you’ll soon go broke and become an easy mark for anyone at the table.

Imagine if modern life was like a game of deception and you’re a step closer to what I’m about to propose; a way of interpreting the world around us in the same manner we would a poker game; where many types of player with all sorts of experience and all kinds of luck will sit down and play.

Life is a little different from poker, which is a game where friends must become enemies across the felt in the name of competition.

I believe life is (and should be) more cooperative and we should help and guide others when appropriate so I’m not advocating you act in life as you would at poker, where kindness can be weakness.

Instead, I am suggesting you regard everything you see, are told and learn as you would regard information available to you in a poker game.

Don’t Believe Stuff Just Because It Aligns With Your Beliefs

We all play with our own nuances but for the most part, at the card table our type we can be identified with a handful of labels and life is the same, though harder to read.

In life, how we interact with others is determined by levels of trust that are dictated by society and social norms and these mechanisms have been imported into the relatively new forum of social media and online communication.

Unfortunately, human interactions online have been “gamed” and the result is a form of ideological magnetism that leads people to self-sort based on biases that can be used to predict how people might act or react based on their residing categories.

As we have seen from firms like Cambridge Analytica, by manipulating the billions of people using services like Facebook, information-based campaigns can be used to turn the tide of opinion, challenge seemingly obvious truths and effectively influence elections or world events.

And with traditional media sources clearly tainted by bias on all sides, the result is a canvas awash with shades of grey.

The strange outcome of this constant flow of influence in what we watch and see and hear is that our outlook becomes more polarised and less nuanced than ever before, causing people to choose a side then fight themselves deeper into the furthest corner from anyone who opposes them.

I don’t care if you swing left or right, the truth is that we all need to stop letting the forces of influence affect us or we will become familiar and comfortable with being manipulated by our own preferences.

This article is not about your political or religious beliefs one way or another, it is a warning that if you allow your own bias to filter the information you accept, it becomes all too easy to deny data you don’t like and embrace lies that fit your current perspective.

This builds a powerful muscle that can be manipulated by anyone for any agenda – especially by those who seek to deceive and defraud.

To protect yourself, you need to think like a poker player.

Why You Need To Question Everything

Imagine that during a poker game, a player almost splashes the pot as they eagerly check-raise you in a large pot.

What is he or she trying to tell you with that move and their attitude?

Are they trying to deceive you with nothing in their hand, or are they exactly as over-excited as they look and really do have a big hand?

The smart move is not to act right away but to think things through and consider all the possibilities.

Instead of reacting to the bet or the way it was made, we consider how they played each round, their position, what type of player they are, what they’ve done in other hands, what cards they’ve shown in the past and how you both got to this particular showdown.

Now you can make a decision based on information, rather than potential manipulation.

That’s how we should interpret everything we learn from any and all forms of media in the modern world.

In terms of media influence, most of us call or fold almost immediately and do the same for thousands of interactions a day, responding to influence according to pre-conceived notions about the world we live in.

Predicted by our own bias, we constantly get nudged by blatant subtle signals designed to attract tribal instincts and preferred choices.

This is not a new idea but what is relatively new is that thanks to social media, we have each created a powerful database of our own particular personalities complete with a roadmap of what we like to believe.

Imagine how easy it might be to manipulate someone if that information fell into the wrong hands.

I promise, this is not about politics though it would certainly be a lot better for all of us if we could discuss and debate more than we argue and fight.

The only way to do that is to find a middle ground where compromises can be proposed and progress might be made.

It’s frustrating and takes time and patience and no one gets everything they want but in the big scheme of things, thought and consideration can lead to slow but effective improvement.

As David Mamet wrote, “In a committee, the meeting’s not over until everyone is unhappy.”

It’s important to consider politics since the western world has dissolved into a mess of misinformed opinions and biases fuelled by misinformation and manipulation.

For years, I have said that if I know what you want, I can take everything you have. And the polarisation of politics and ideology has made it much easier to identify how people think and feel.

If a con artist can align themselves with a particular worldview, they can build instant rapport with millions of people and use that shared perspective as the foundation for deception.

It’s my firm belief that if we all (myself included) questioned everything we see and hear just for a second, the result might be a trend to clearer critical thinking in all interactions.

Do not allow yourself to be instantly swayed or convinced because you encounter someone or something that aligns with your own world view, or you might become easy prey for a master of deception.

Take the time to shift gears occasionally and look at any kind of proposition critically, whether that be a supposed fact or a business opportunity.

Decide what you think and how you feel based on available information rather than emotional reaction.

In short, polarisation of beliefs and ideology opens the door to easier and more profitable manipulation for those willing to deceive.

The best defence in all walks of life is to take a moment to think like a poker player before you call or fold any kind of proposition.