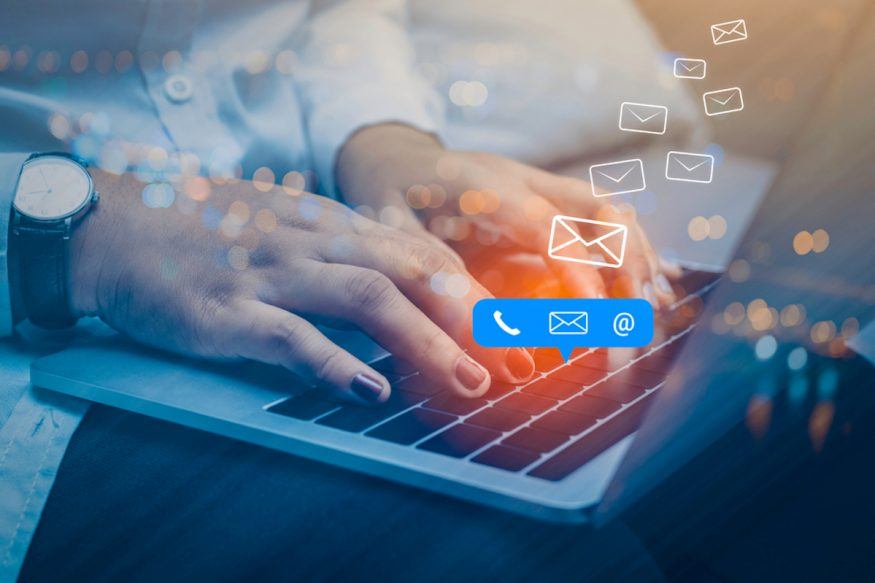 Information is the main currency of the 21st century whether it is collected openly, shared freely, stolen or secretly inserted.

The power of personal data and targeted messaging is only just beginning to be understood and a few simple scams can illustrate how a little information might be used against you.

In the marvelous film Nine Queens, two con artists approach an apartment building in Buenos Aires and hit buttons until someone in an apartment above answers.

“Auntie?” one of the con artists asks, but after a confused response they try another button until someone responds with a name, believing the voice at the door to be their nephew.

From that point, all the scammers have is a name (Fabian) and that person’s relationship to the person upstairs (nephew) plus the approximate age of their intended victim.

With these scraps of information, they convince the lady to quickly bring down some money to pay for the fake nephew’s car to be towed. Convinced by their story, the unseen lady agrees to bring down the cash.

But how does she hand over the money to a complete stranger when she finds her nephew isn’t waiting at the door? For that, you’ll need to see the movie!

This is a simplified version of a telephone scam that quickly migrated to the internet and thanks to social media has continued to flourish, finding new victims in new ways as technology creates fresh opportunities for scammers.

Hijacking social media accounts has allowed con artists to message everyone on the stolen accounts contact list, telling them they are in a situation that requires a fine to be paid or an amount of money to be sent to resolve some problem.

Many of these scams claimed the person they were impersonating was on holiday overseas and that they had been arrested or injured and needed to pay for bail or medical bills.

The urgency of the scammer’s story played an essential part in getting people to act and help their friend but it was the seeming proof of contact via a known source (the social media page) that convinced most victims without causing them to ask any other questions!

Similarly, phone numbers have been spoofed so when contacting anyone the owner of that number knows, the recipient’s phone helpfully identifies the incoming number as their friend.

And thanks to text messaging, an entire con game can be played without anyone having to talk to the intended target because the victim trusts the information provided by their device, which can be manipulated in many ways.

While filming The Real Hustle, we set up a psychic medium’s office, where the great and powerful Jess would offer readings to people seeking insight into their futures, but appointments must be made in advance.

And thanks to this simple rule, we had plenty of time to do a little research on every client Jess saw.

The mark would sit in the office and listen as Jess began to read the tea leaves or cards or chicken bones, offering standard platitudes to connect with the client and prove her powers.

This form of extremely basic cold reading always works when gauging the susceptibility of a mark as I’ll explain in another article, but Jess soon began to deliver much more specific information that she was seemingly drawing from the ether.

As she gazed into the distance, names, places, facts and personal information seemed to flow easily and the mark was quickly convinced and astonished by her powers.

When Jess told them their future, they believed everything she said.

Think about how that works: Jess begins with a simple cold reading made up of Barnum statements that might apply to anyone and uses this to gain more information should they volunteer it and to establish a rapport with her victim.

Next, Jess starts giving specific information that proves she has “the gift”, adding real proof to the scenario that the mark has paid to be part of so is already half-convinced this nonsense might be real.

Hearing their dog’s name, where they went on holiday and all about their recently deceased grandparents is more than enough to seal the deal.

Of course, Jess has none of these powers (as far as we are aware) but she did have a tiny earpiece through which Alex and I could guide her through each cold reading before feeding her data about each of the marks.

And how did we know that information?

Surely you’ve already guessed that we looked them up on Facebook, Twitter, MySpace or any source of publicly available information that would give us what Jess needed to prove her psychic prowess but for fun, we didn’t tell her those facts via the earpiece.

The goal of The Real Hustle was always to entertain and inform the public; the idea being that if it was fun to watch, the lesson would be easy to learn and remember in case anyone tried to scam the viewer in the future.

Just telling Jess on her earpiece wasn’t fun enough to prove our point so whenever we found a factoid worth dropping into Jess’s reading, we sent it to a scrolling LED that was positioned behind the mark!

When Jess was seemingly staring into the distance, she was really reading from the LED sign above the marks’ heads.

This created a clear and powerful visual illustration of how a few small details scraped from the victims’ own pages was enough to make them believe Jess could tell their future and from that moment might pay anything to continue receiving her counsel.

It’s not the first time we did something like this.

In season one of The Real Hustle, I played a similar role, but my cold reading led to a series of predictions that had been made earlier and were sitting on a shelf beyond my reach.

When I asked the mark to collect them, they found everything we had discussed was scribbled in doodles and random notes that only made sense now they had received their reading.

How could I possibly have known so much about them before they would arrive, when they had never given any of the predicted information and perhaps none of it was available online?

The secret was a small, framed picture beside the shelf which was actually a little trapdoor; a cat flap through which the notebook had been delivered to the shelf just before I recalled my scribbling and asked the mark to collect the notebook for me.

Hidden in the wall, Alex simply listened to our conversation, wrote down random words, phrases and facts and drew some terrible drawing that related to whatever the mark revealed during the reading.

Again, this proved that with a little imagination and a crazy method (we had to build that entire wall and seal Alex inside) we were able to prove the impossible and could then – if we were real scammers – leverage that belief any way we liked.

You can watch the scam in action here:

The Lesson? Question Everything

So absolute proof might be the result of stolen or harvested data, and we should always question the who, the what and the where of any information we receive even if appears to be legitimate or familiar.

If you send an email with your name tagged so the recipient sees that name rather than your email address, then all a scammer needs to do is create a fake account with the same name tag and send it to people on your address book and they will apparently receive an email from you, exactly as they normally see it.

Unless they check the actual email address (which many junk filters thankfully do) the recipient might easily click on a link or respond to the message thinking they’re corresponding with you.

And all you did was send an email with your name on it and all your friend did was respond to it.

The world is changing. Pay attention.

For more articles by R. Paul Wilson, check out: