Do Arcades and Claw Machines Turn Kids into Gamblers? 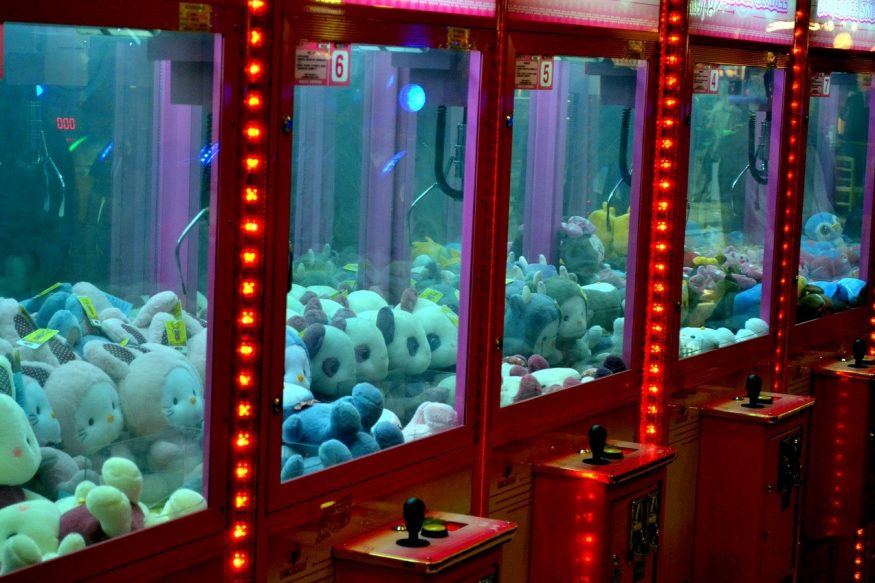 There’s nothing new about it. Parents give kids rolls of quarters to pour into arcade machines, buying them plenty of fun and entertainment. But when those arcade games award tokens, or kids use their arcade credits to play claw games to try and win prizes, does that cross the line into gambling?

Gambling is something strictly regulated, with only adults being allowed to play. So why are kids allowed to play these other games? Should they be considered gambling, and if so, what does that mean for children?

According to the Nevada and other state and international gambling laws, arcade games do not count as gambling games for two reasons. They are games of skill, where players have some control over the outcome of the game. Also, arcades do not pay out money or any representative of value.

But what happens at arcades where games pay out tokens or other items that can then be redeemed for prizes? In fact, carnival games and arcades have a long history of legal issues because of this.

In general, prizes must fall under a certain value to be considered part of entertainment instead of gambling. It’s no wonder there are so many stuffed animals and other prizes that would cost less to buy than the cost of all those games to win enough tokens. Of course, the point is so enjoy the games while striving for the prize, not to simply go home with a giant teddy bear.

What are the odds in the claw game?

Visit any arcade and chances are you’ll see a claw game. These can vary, dispensing ducks, stuffed animals or even GoPro cameras. Kids are known to feed machines quarters in the hopes of snagging that cool toy inside, much to the frustration of parents. But just how unfair are these games?

The reality is that they can be set by the owner to payout at pretty much any rate, but are actually very regulated. The odds in California require that a prize is won on one in every 12 tries. In Nevada and other states, the odds go up to one in 15.

The claw grip strength changes depending on if it’s time for a payout. One claw machine owner and operator explained that the claw will apply four to six PSI for the first 10-11 tries, picking up a toy and dropping it or sometimes barely even moving the prize. When the appointed payout play arrives, the claw grips over twice as strong, going up to 9-11 PSI to truly grasp that toy.

Some operators with younger customers and cheaper toys will set the machine to pay out every couple of turns while others will push their payouts to the legal limit. So if you find a claw machine that lets you win often, be sure to thank the owner or the operator.

Loot boxes and other forms of gambling for kids

Arcade games have been around for years, and while parents occasionally become upset with their children’s obsession with them, usually the gambling debate stays as a random parenting rant. However, newer games are leading to concerns about gambling and children.

These let players use real money or in-game currency to buy boxes of unknown treasure. The prizes inside include aesthetic character upgrades, unique weapons and other rare in-game items.

The problem comes in because players can then sell these items to other players, often demanding huge sums of cash for the transfers. While in-game markets have all but disappeared, online communities help players find each other, exchanging goods for real cash. Even when prizes aren’t traded for cash, the sheer act of paying money for an unknown prize of varying value can promote gambling tendencies in players, many of whom are underage teens.

As a result, numerous law makers are seeking to ban these game mechanics, or force games that use them to get an 18+ age rating with clear warnings that the game includes elements of real gambling. Real money loot boxes have led to a variety of games getting banned in Belgium due to their strict gambling laws.

Children are getting increasingly hooked on gambling, even at younger ages than expected. Despite laws and regulations to ensure only adults have access to gambling, kids have always found ways around these restrictions for adult activities like drinking or smoking.

Policy-makers are looking at other activities that promote gambling tendencies in kids, hoping to clamp down on these forms of entertainment. Of course, it depends how strongly they set their claw if these rules will be strong enough to change anything, or are just for show like everyone’s favorite claw arcade game.