What Ever Happened To Eli Elezra? 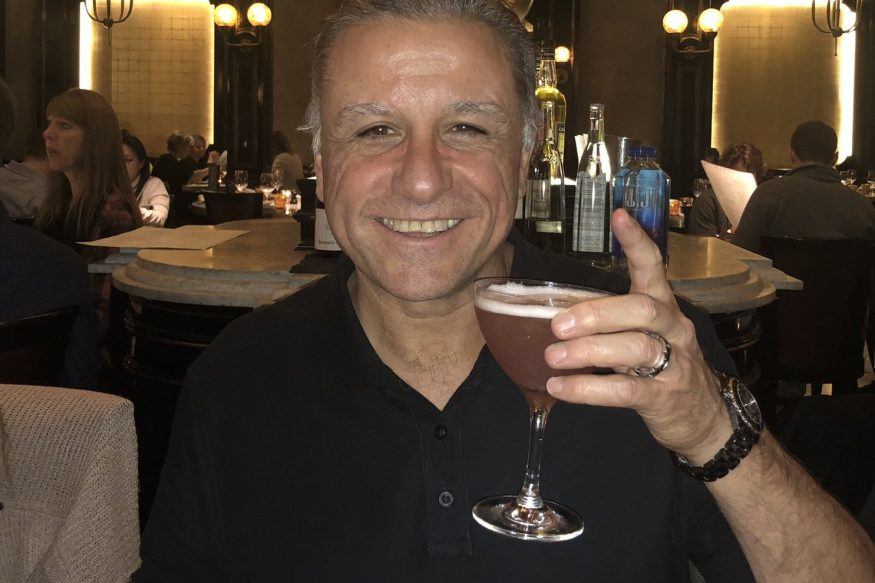 If you’ve been a poker fan for some time, you most certainly know the Israeli-born businessman and poker player Eli Elezra, a regular staple on all poker shows back in the day.

Always mild-mannered and often in a mood to crack a joke, Eli has always been one of those players everyone wanted around, from TV producers and fellow pros, to fans sitting in front of their TV screens.

While Elezra has had an impressive poker career and even recently published an autobiography, it wasn’t completely free of controversy. It would appear that there is another, not-so-pleasant side to Eli that only those who spent a lot of time around him got to see.

If you happen to be a fan of Eli Elezra and have been wondering what the seasoned pro has been up to as of late, this article will try to provide some answers.

The good news is that he hasn’t left poker, and he still plays quite often, albeit not as much as he used to back in the golden days.

Eli Elezra: The Story Of Success

With the young generation of poker players, their stories of how they came across the game and became involved with it are often very similar. However, more seasoned pros often have very colorful and unique stories on how they ended up grinding away at the green felt.

Eli Elezra has one of the unique stories.

He was born in Jerusalem, Israel, in 1960. Although he learned to play cards at a young age, a career as a professional gambler couldn’t be further from Eli’s mind during his early years.

After graduating from high school, Elezra set his goal to become a professional soldier – and not just any soldier at that. Eli wanted to become a member of the elite Golani Brigade, which was a serious challenge.

Despite having to overcome some serious difficulties, young and stubborn Elezra eventually got his wish, joining one of Israeli’s most exclusive land units.

However, in 1982, his dreams of a future army career were shattered.

He suffered a serious leg injury during the Lebanon War and was discharged from military service. He spent the time in the hospital learning more about poker and planning his future.

Once he was physically ready, Eli moved to Alaska as he heard there was a lot of money to be made there. It was a rough fresh start for Elezra, but his determination to succeed paid off again.

He took up a job as a taxi driver, eventually saving enough money to open his own small store.

At one point, he got word from his brother about a business opportunity in Las Vegas, and Eli, always up for a challenge, packed up his suitcases and arrived in Sin City in 1988.

In Vegas, he bought a small company that was in the business of processing films and photos. The company quickly took off, and Elezra started to earn serious money.

He used this initial capital to further his empire, investing in real estate and other business opportunities along the way.

With business going well and being in Las Vegas of all places, Eli started to play more poker as well.

He always loved the game, and now he was finally in a position where he had enough time and money to take it seriously.

Initially, he focused more on cash games, and his lifetime earnings of almost $4 million in tournaments clearly show that Eli was never too big of a fan of MTTs.

For someone who’s been around for that long, that number could have easily been much higher.

But, even with these limited efforts, Elezra has had some notable results. He has four WSOP bracelets to his name, the most recent one dating to 2019.

Interestingly enough, none of his bracelets came from Hold’em events. Three came from Seven Card Stud tournaments, and one was the result of his win in a 2-7 Triple Draw event.

It may seem strange, but it actually makes a lot of sense.

When Eli first took up poker, Hold’em wasn’t nearly as popular. Plus, high-stakes games like the ones in the Bellagio are often played in the mixed game format. So, mastering these different games is imperative for anyone looking to stick around and not go bust.

As for his individual tournament results, Elezra’s biggest score came in 2004.

Considering the Israeli only had one massive score during his career, the total of $3.9 million is quite impressive. Eli has always been a real grinder, playing his heart out on the felt and loving every moment of it.

Elezra has also been a regular in the highest stakes cash games in Las Vegas, and he spent much more time grinding these games.

Unfortunately, no one can say for sure what his results look like as there is no official tracking for that.

Had it not been for the poker boom, Elezra would probably have remained relatively unknown to the wider poker audience. Since he was more focused on cash games, his name wouldn’t have been out as much and would’ve been overshadowed by those who won huge-field events.

But, with shows like Poker After Dark and High Stakes Poker featuring the cash game action and high buy-in sit and goes, Elezra quickly became a proper poker celebrity.

While he wasn’t a “big name” like many others he shared the felt with (i.e., Doyle Brunson, Ivey, Tom Dwan, Patrik Antonius, etc.), it was clear to everyone that he belonged in the mix.

He knew all the players, he was friends with many of them, and he was anything but an outsider.

For the audience, Elezra was a great presence at the tables. As an ex-Israeli military with many fascinating stories to tell, he added something completely unique to the game.

At the same time, he wasn’t some random casual that pros could run over. Eli held his own and wasn’t afraid to mix it up with the best of the best in some massive pots.

And the funny thing is, Elezra was a complete contrast of what you’d expect him to be.

He’s never been some silent, mysterious personality that’s there just to play poker.

He was often the driving force behind conversations at the tables, whether he was the one to start them or responding to other players’ inquiries.

Married with five children, Elezra is a truly colorful personality, and his presence on TV was definitely good for poker.

He’s never been a professional player by the strictest definition as he used his business endeavors to fuel his passion for the game, but you could never tell while watching him play.

In 2017, Eli finished writing his autobiography, which was published in 2019 in the US under the name Pulling the Trigger.

It’s an interesting book, especially for the fans of the Israeli player, as it covers much more than Elezra’s poker journey.

In the book, Eli talks about his childhood, the time spent in the war, his struggles in Alaska, and how he was eventually able to join the high-stakes poker circle.

Looking to promote his book, Elezra created a thread on Two Plus Two, the largest poker forum owned by the company that published his autobiography in the States. The thread was supposed to give everyone an opportunity to ask Eli any questions they wanted to know answers to.

However, things quickly turned ugly, leading to the thread being removed.

Several well-known poker pros came out of the woodwork, accusing Eli of not honoring his debts. Abe Mosseri and Cole South were the ones to call Elezra out publically, but then the rumors started spreading that he owed a lot of money to many different people.

Eli denied these accusations, but they started to spread across the internet like wildfire.

Shaun Deeb also came out, claiming Elezra owed him money. According to Shaun, Eli borrowed money from him and, for a while, he was paying back in installments but eventually stopped doing it entirely.

It wasn’t a good look, especially in the wake of his book, but Elezra stood his ground, claiming that he “has always paid his debts”.

In fact, he went so far as to say that he himself was owed about $2,000,000, but he would never go public about it. In his mind, any loans between players are their private business and not something the general public should have any say in.

All the drama probably caused Elezra to remove himself from the public eye for a little while, which might be a part of the reason why we haven’t seen much of him in recent years.

He has no live tournament cashes after the 2019 WSOP, so it seems like Eli has been avoiding crowds at least a little bit.

With all this history behind us, it’s time to answer the real question: Where is Eli Elezra today?

While Eli certainly hasn’t been nearly as active in poker circles over the past few years, he is still around, and you can catch up with the Israeli legend on his Twitter.

Most recently he hit the headlines for his success at the U.S. Poker Open earlier this month, where he beat a field of 68 entries in the $10,000 buy-in eight-game mix event, taking home $183,600.

Other than that, he seems to have turned almost exclusively to cash games, which have always been his number one choice.

As for his TV appearances, Eli was one of the players on PokerGO’s new Poker After Dark series, appearing on the “One Night in Vegas” episode.

If you want to see Eli in action, make sure to check it out, as he mixes it up in a $50/$100 cash game against the likes of Mike Matusow, Freddy Deeb, and Nick Schulman.

He also appeared on several episodes of Poker Night in America and Live at the Bike in recent years, showing that he still has what it takes to go up against the best and hold his own.

Elezra was also nominated for the Poker Hall of Fame in December of 2020.

So, there you have it. If you’ve been wondering what Eli Elezra has been up to recently, this article should answer some of your questions and help you understand why the seasoned pro may have taken a step away from the limelight.

If you want to stay in the loop about Eli’s life and career, make sure to follow him on Twitter and say hi.

He’ll probably be happy to hear from you and might even be in the mood to share some interesting stories!