7 Completely True Events The Movie Casino Is Based On 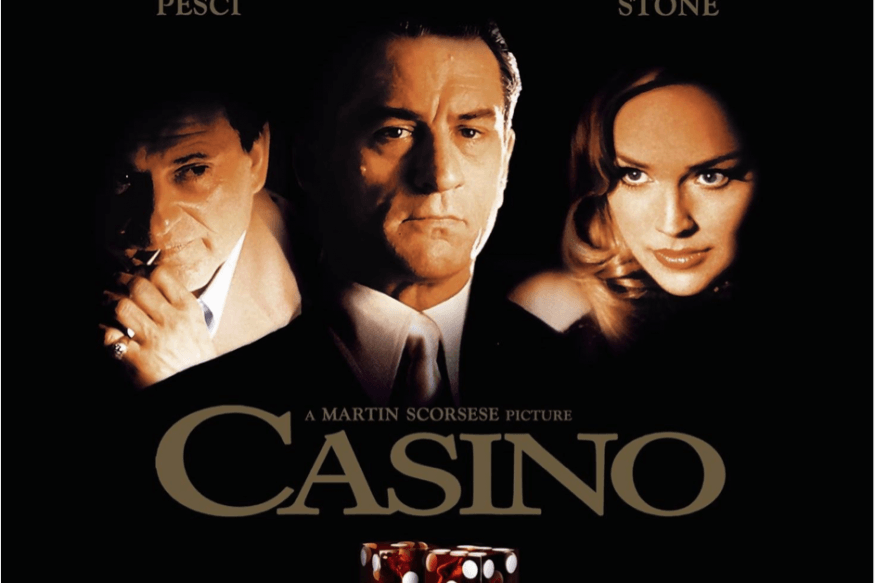 The 1995 movie Casino – directed by Martin Scorsese and starring Robert De Niro, Joe Pesci and Sharon Stone – was based on a true story.

The plot was inspired by the life of Frank “Lefty” Rosenthal who managed the Fremont, Hacienda, and Stardust casinos in Las Vegas for the Chicago mob back in the 1970s and 1980s.

But just how much of the movie Casino was based on real life events?

As with most movies that are based on a true story, there are always some extra bits added in for dramatic effect, or some parts that get changed – and Casino is no exception.

However, there are a number of scenes that remain true to reality. Let’s take a look at the real-life moments that were too good for the script writers to ignore.

1. The Main Characters Were Based On Real-Life People

Every main character in Casino is based on a real-life individual.

Nicky Santoro is based on mobster Anthony Spilotro and even Phillip Green is based on casino tycoon and mobster Allen Glick, who recently passed away.

The similarities are everywhere, and they don’t just end with the character traits.

2. Rosenthal Genuinely Did Not Possess A Gaming Licence

Yes, true story. The real-life Rosenthal did not possess a gaming licence.

Due to his links to organized crime, the mob knew that it would be too risky to try and get a licence for Rosenthal.

To get around the issue, the mob gave Rosenthal less high-profile titles at the casinos he worked at, including entertainment director and food and beverage manager.

This deception comes to a head in a heated courtroom scene where Rothstein gives us a very public glimpse into how corrupt the legal process was at the time.

Incredibly, Rosenthal was involved in a very similar court case and outburst.

The moment when Rothstein survives a car bombing is based on real-life events that occurred in the life of Rosenthal.

How did Rosenthal come out of such an ordeal alive?

4. A Former Casino Executive Was Hunted Down And Killed In His Home In Costa Rica

There are a number of murders shown in Casino and a few of these did happen in real life.

One of the most infamous murders was when a former casino executive met his grisly end after being hunted down and murdered at his home in Costa Rica.

5. Geri And Spilotro Did Have An Affair

The love triangle between Rothstein, McKenna, and Santoro in the movie plays a pivotal role in the demise of a couple of those characters.

In real life, it is alleged that Rosenthal’s ex-wife McGee and Spilotro did actually engage in an affair.

Did it have the same repercussions as in the movie? Unlikely.

But it was still severely frowned upon by the mob.

6. Geri’s Death Was Caused By A Drug Overdose

One of the most tragic moments in Rosenthal’s life was the death of his ex-wife Geri from a drug overdose.

This is portrayed accurately in Casino with Stone’s McKenna also succumbing to a similar fate in a motel at the end of the movie.

7. Anthony Spilotro Was Killed Alongside His Brother And The Pair Were Buried In A Cornfield In Indiana

In arguably the most iconic death of gangster movie history, Pesci’s Santoro and his brother, Dominick, are ambushed by Frank “Frankie” Marino after the car bombing of Rothstein.

In an act of retaliation by the mob, suspecting that Santoro was behind the bombing and was beginning to get out of control, Santoro and his brother are buried alive in a cornfield.

This did in fact happen to Santoro’s real-life counterpart Anthony Spilotro. He and his brother were allegedly buried in a cornfield in Indiana by mobsters.

Where You Can Watch The Movie Casino