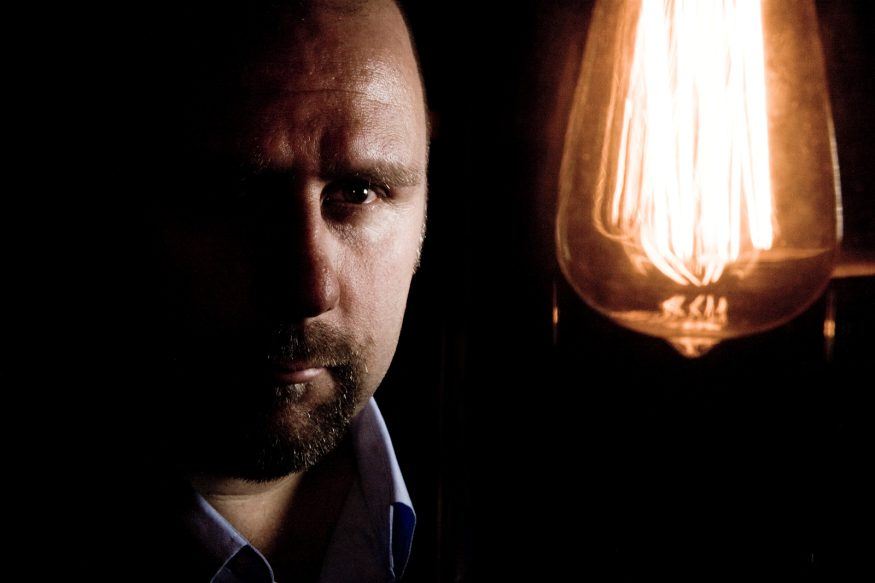 Con artists understand how to weave complex concepts into simple ideas that capture the imagination of their marks, but simplicity often misleads or deliberately deceives yet people often prefer – even crave – easy-to-understand concepts.

Whenever I talk for private clients or perform sleight of hand, I’m often asked if I’ve ever cheated the casinos or genuinely conned people and kept their money.

It would be easy to lie and fabricate years spent on the other side of the tracks, but the truth is more complicated and difficult to package in a glib soundbite and from a personal perspective.

Having had the unique opportunity to perform every type of scam on real people for my work on TV, the last people I would want to be confused with are real scammers.

This presents me with a constant ethical dilemma that illustrates the dangers of oversimplification.

Never Trust A Con Artist, Ever

It would be a lot easier if I claimed to be a reformed card cheat or con artist or pickpocket or fraudster, which has been a proven path for many predecessors and contemporaries who claim to have veered from the dark path of criminal enterprise into the light of public protection.

For a few of these predecessors (and contemporaries), there may be a smattering of truth to their questionable pasts but for others (most, I think), it’s merely a convenient backstory built on complete fantasy or (at best) brief flirtations with the other side of the law.

People who ask the question are seeking authenticity and would be thrilled (it seems) to rub shoulders with a genuine con artist, but those same people are exactly the people who need to stay the hell away from real con artists who would cut into them without a moment’s hesitation.

Seriously, con artists are f**king scumbags and the more I get to know about their methods, the more I despise everything about them.

While Hollywood has successfully promoted the idea of the charming, dapper swindler with a heart of gold, I’ve found the truth to be nothing but ugly and cruel.

Yet that Hollywood lie seems to stick and there’s real disappointment when I tell people I’ve only experimented as a card cheat (in live games), conned people for TV or played against the casinos more for experience than for money.

It would have been so easy to paint a simpler picture of crime and redemption and become a supposedly reformed, honest con artist that lazy writers or unimaginative PR firms could easily understand.

My true backstory is far more complicated and while a simpler lie would be easier to convey, understanding complicated truths is essential to properly being protected from the intricacies of deception and it would seem dangerous to support these lessons with a lie.

Such is my personal struggle to avoid a simple (but potentially profitable) lie and stick to a more complicated truth.

And for the record: You probably shouldn’t trust anyone who claims to have been a real con artist because the worst case scenario is that they’re telling the truth!

People, as a rule, respond to simple explanations or concepts and it often requires a certain level of understanding and interest to delve deeper into any subject.

Sometimes, simplification is a perfectly valid form of communication that offers fast, necessary understanding without distorting deeper facts, but oversimplification can be a form of manipulation that can mislead millions of people.

In fact, the oversimplification fallacy is a recognised way to draw seemingly obvious conclusions that make complete sense unless the intended audience is willing to delve deeper than a few pithy soundbites.

Politicians constantly simplify their message to achieve desired results and can whip up immense support based on well-crafted messages that (deliberately) fail to properly, fully or fairly represent the truth.

For example, how often have we heard that violence amongst young people has increased since the introduction of video games, therefore violent games must be responsible for this increase in real life violence?

It makes perfect sense as an idea and for many people, it’s more than enough to jump on board and vote accordingly.

In fact, this is a naive argument that fails to consider countless other factors but it draws a compelling and easy-to-understand correlation between violent games and actual violence, yet this paper-thin argument has sent millions of people to their social media pages to signal support for regulating violent video games.

If you’ve ever seen a politician dogmatically refuse to say more than a handful of predetermined phrases in answer to a topic during an interview, repeating the same words in the same order as dictated by his or her spin doctors; you’re watching a deliberate attempt to shape opinion or force a message onto the audience without addressing the real meat of a subject.

Governments, corporations, ideologies and religions all know how to shape a message to ensure the maximum positive response and we are constantly being bombarded by these messages every day.

Even the most cynical of observers (hello!) can’t possibly delve into every nugget of information that passes his or her consciousness.

While I read everything I can find about how people are being manipulated by governments, at the same time, I’m passively absorbing information that conveys no real facts but has been deliberately designed to subconsciously shape my opinion and drive subsequent conclusions.

Some of that manipulation is bound to take hold and I constantly find myself in possession of opinions shaped by others and while I may be well-read on many topics, I’m just as ignorant, misguided and manipulated on countless more.

Understanding deception is about recognising it in all walks of life, even those where it might be acceptable or bearable but by doing so, we continue to cultivate our individual grift sense that could potentially protect us in the future.

A simple lie is as easy to buy as it is to sell and I’m probably poorer for holding to the truth of my own past but since my goal is to educate people on the subject of deception, I feel obligated to stick to the facts.

Sadly, people tend to prefer a convenient lie to an inconvenient truth, and this has become a principle of communication familiar to anyone with flexible morals or questionable ethics.

Obviously, there are many things in life that might be as simple or authentic as they first seem but I remain wary of anything that can be explained easily, understood quickly or accepted automatically.

We live in a time where facts are all too pliable and whatever version of the truth we prefer can be found with few clicks on a device that soon learns how to pander to our individual biases and in no time at all we don’t need to search for comforting answers or opinions because they already know where to find us.

By combining our natural inclination towards simple stories or solutions with our individual preferences is a powerful, transformative means of communication that has come to manipulate and divide people until we became so polarised we forgot how to communicate with anyone who differs with our own perspective.

While I have fought the temptation of giving my audience the story they want to hear, others choose to embrace expectation to shape their image or their message based on what their audience desires.

Con artists do this every day, and it has worked for centuries.

But whenever I see the tools of scammers being employed to such devastating effect in all walks of life, I can’t help but wonder if I should have just invented a more appealing backstory and reaped the rewards.

Instead, I remind myself of a more complicated truth:

Manipulation is manipulation and a con is a con no matter who is using those methods or why.