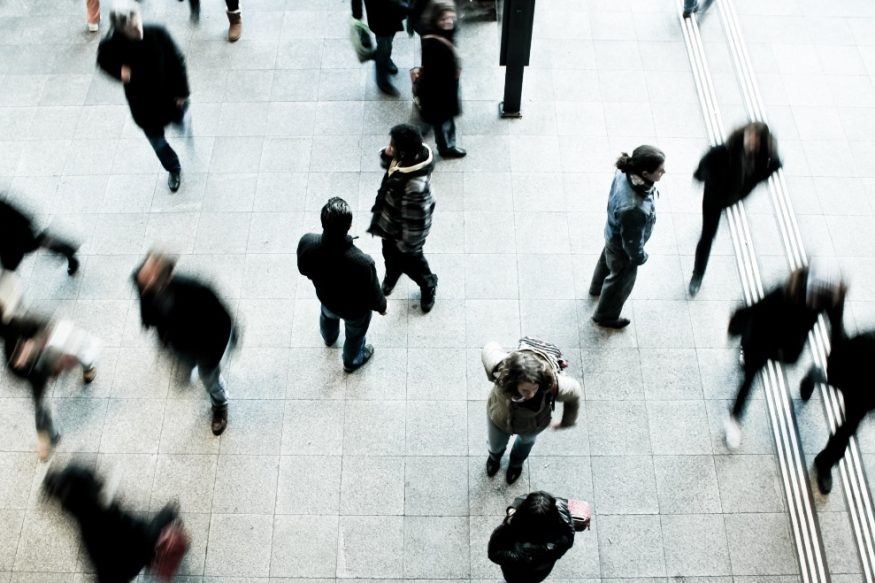 I recently gave a few words of caution on how to avoid becoming a prime target to common criminals in and around the gambling world. We’ve all heard of people who’ve had their wallets or bankrolls lifted by “expert thieves” but the truth is a little less Hollywood than you’d imagine.

99% of all pick pocketing techniques work like this: get close, put hands in bag or pocket, take something and walk (or run) away.

You now have almost all the information you need to avoid getting picked. If you follow my advice on how to manage your cash before and after a game, you will avoid most situations where pick pockets have an excuse to get close to potential victims in public places.

Around the world, I’ve followed and watched pick pockets as they take advantage of every-day situations; to crowd people and get into their private space.

Some “dips” work in teams and some work alone. But they mostly all take advantage of opportunities to get access to people’s property without their victim suspecting or noticing their presence.

A common trick is to stand on the wrong side of a long escalator while your partner is standing on the correct side, behind a potential victim. The partner unzips or gains access to the victim’s bag or pocket then, the other pickpocket pushes over to get out of the way of other people who want to walk down or climb the moving escalator.

This is a typical situation in crowded subways and forces the victim so make some space, pushing closer to the pick pocket behind them. In this moment, the victim’s property is stolen and both thieves separate at the bottom or top of the moving staircase.

The same scenario happens in any crowded place, especially public transport where rush hour forces most passengers to stand and push together offering opportunities to access property and natural cover from other passengers who might otherwise see what’s happening.

Forget what you see in most movies.

Professional pick pockets don’t need to steal tickets from under Danny Ocean’s hand or dance around Margot Robbie to get what they want. They just get close enough and let the situation create “natural contact” that covers what they’re really up to.

Ever heard those warnings in public places like train stations, warning people about pick pockets operating in the area?

That’s great news for thieves who quietly survey potential victims during these announcements to see where people look or touch to check on their valuables.

That first look tells thieves a great deal about what and where to target. It’s been suggested that teams of pick pockets have even reported seeing someone get ripped off to stimulate these public warnings so they can see who they should try and rip off!

This is not to say that extremely clever methods do not exist or are not being used to get your stuff.

Some “squeeze artists” have created ingenious techniques and strategies to make a steal.

If you’ve done any research, you may have heard of dropping pocket change to distract people then raiding their bags or coat when they stoop to pick up the coins.

Or perhaps you’re aware of mustard squirrels who “accidentally” spill ketchup or similar onto your clothes then clean out your wallet while pretending to clean up the stain they created.

These methods are not commonplace, but they exist, and you might fall victim if you’re not aware what’s going on. To illustrate the thinking of professional pinchers, here are three clever (and unusual) lifts you might not of heard of:

Traveling families of pick pockets often employ children to do their dirty work and I’ve seen gangs of young kids stealing anything they can get their hands on in public places around Europe. Often these kids are being directed by elderly family members who routinely beat the children for not stealing enough.

The Rat’s Tail is a very clever method for marking and priming potential victims in stores, outdoor markets or anywhere someone might take out their wallet then return it to their trouser pocket.

The kids look for people with the right “pants tell” then follow them as they are about to buy something. The child stands behind the mark and holds a piece of washed, softened yarn over the pocket so as the wallet is returned, it catches the string, draws it into the pocket, wrapped around the wallet with the ends of the string left dangling outside the pants.

This softened string is hard to feel in the process of pushing leather into cloth and experienced kids can deftly position the string, so it avoids the fingers and goes quickly into the pocket.

The victim then walks away, followed by one of the adult pick pockets who passes the mark close enough to grasp the ends of the string, quickly pulling the wallet up and out without hesitation or breaking stride.

I’ve seen this beautiful piece of sleight of hand twice in my career. Once was in the Plaza Mayor in Madrid in the early 2000s; the other time was in the late 1980s in a Glasgow shopping mall.

I was pitching (selling items using a clever psychological technique) and saw an old man being stopped by security and taken to the upstairs office for a quiet word. Someone had lost their wallet and the old man was suspected but when they searched him, he was clean. Very little money, no credit cards and certainly no wallet other than his own.

They quickly let him go and while chatting to one of the security guards later, I learned they searched all his pockets but had neglected to look in the umbrella he was carrying.

When I saw him being detained, I noticed that he wrapped the little tag around his umbrella, tightening the folds which were previously hanging open and quickly realised where he was dumping his steal.

Years later, I saw how the lift worked in Spain.

The pick pocket had his umbrella hooked over his thumb while his fingers pulled a wallet from his victim’s back pocket. The wallet was instantly released to fall inside the folds of the umbrella as the thief wrapped the tag, securing the stolen property inside.

I later learned that on rainy days, this guy would get the umbrella nice and wet so he could get close enough to dampen the pants-leg of his victim while his fingers entered a particularly tight pocket. As soon as the victim felt the sodden material on his leg, the thief had a reason to pull away, apologise, drop the wallet and seal the umbrella. Meanwhile, his target was busy brushing water off his leg.

A devious, almost comical method of stealing comes from a gas station attendant in Nevada who told me the following method.

Sitting in a toilet stall, the target hears the man in the stall next door ask for toilet paper; or his roll of paper “accidentally” rolls under the wall between stalls so the victim has to pass it back to his neighbour.

While the mark is distracted with his pants around his ankles, a second thief is waiting to reach under the stall wall on the other side and into the trouser pockets that are resting on the floor.

With this simple distraction and steal, wallets and cellphones are easily stolen and even if the victim realises what’s happening, the thieves can make a quick getaway while he is busy putting his pants back on.

Watch your stuff and keep it somewhere safe. Don’t put wallets full of cash in your back pocket or sling laptop bags behind you before walking into unfamiliar territory.

My late friend Ron Wohl was paranoid about pick pockets around Madrid. He often cautioned us on annual pilgrimages (Spain is home to one of the finest magic scenes on Earth) to be especially careful but even he lost his own wallet more than once to professional teams working in Atocha station.

In fact, two of the finest sleight of hand artists I know once lost a brand-new iPhone in a foreign McDonald’s when a kid approached them holding a laminated card, asking for donations.

They shooed him away and continued talking and it was a several minutes before they realised the phone was gone.

That kid was all of 12 years old but had expertly back-palmed a heavy phone under the laminated card when they sent him away. These two guys could spot an expert bottom deal from across the room, but a juvenile thief lifted an expensive phone from right under their noses.

Trust me: if they get those guys, they can get me. And they can certainly get you.

Other articles by R. Paul Wilson include an analysis of situations in which you could have been cheated and top tips for carrying large sums of cash. Come back on September 9 for his next post covering techniques that go into creating marked cards.