The Price Of A Guinness In Every State, Ranked From Cheapest To Most Expensive 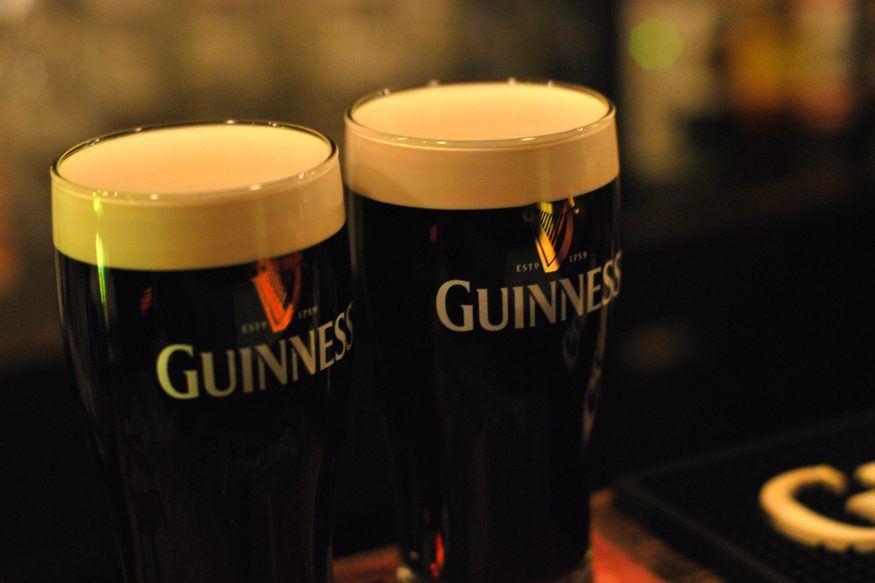 With St Paddy’s Day around the corner, it’s a great excuse to party with the Irish and enjoy a pint of the great goodness that is Guinness.

As you don your best party gear and hope to strike that pot of gold or find your lucky four-leaf clover (all in your own backyard of course, Covid restrictions pending) we at Casino.org wanted to scan the country for the cheapest and priciest pints.

So who’s going to end up with the biggest bar tab at the end of the night? Read on to find out as we reveal the cheapest and most expensive pint of Guinness in every US state.

Before you rush to the nearest bar, remember to do your research to see what’s open as well as what the current government guidelines are in your state for a safe St. Paddy’s this year. Cheers!

The Cheapest And Most Expensive Guinness In Every US State

So for all you big spenders in Illinois and Nevada it’s on you to fork out the most as you pip the post with the most expensive pint.

In these two states the biggest spend for a pint of Guinness comes in at a thirsty $10! You can’t really put a price tag on a night out in Vegas though, can you?

Meanwhile you lucky folks in Montana can score 3.33 pints for that hefty price as the cheapest pint there will only set you back $3.

Even the most expensive pint in Montana at $5.25 is cheaper than the cheapest pints in almost half of all the other states. We know where we’re going for a drink!

If you’re in North or South Dakota it’s worth hopping over the border to shave some dollars off your final bill. The cheapest pints in these states is $6.25 and $6 respectively.

Though watch you don’t get caught out in North Dakota where the most expensive pint is $8.

Hawaii might be a dream location for a lot of you but turns out there is a price on paradise after all, as their most expensive pints come in close to the ten-dollar mark, only 50 cents short.

But on the positive side, their cheapest pint comes in at less than half that, a friendly $4.50. So choose your bars wisely, people!

California is well known for its chilled vibes and sunshine and the average pint there will cost you $7.61 which is 5 cents cheaper than in Washington.

We know where we’d rather be celebrating St Paddy’s! Hint: it’ll save you a bit of dollar too.

Average Cost Of A Pint In Every State

The above map shows the average cost of Guinness in every state.

The top three most expensive places for a pint come out as Nevada, Colorado and New Jersey/Washington where prices average between $7.67-8 a pop.

The three cheapest states to drink Guinness in are Montana, Oregon and Maine with all pints averaging under $5.

In Maryland, Louisiana, Wisconsin, Virginia, Nevada, Oregon and Maine the difference between the cheapest pint is half or less than half what you’ll pay for the most expensive, so it really pays to find the best bar when you’re in these states.

Obviously with Nevada being the home of Las Vegas there’s no surprises to find such huge differences in pricing.

Whereas in states like New Jersey, Rhode Island, Connecticut, Minnesota, Alaska, Kentucky, Utah, South Dakota, Tennessee, Missouri and New Mexico the difference is no more than $1.50.

Nebraska, the most middle state of the USA ranks quite high in the pricing where an average pint there will cost you $7.07.

But fear not, Iowa, just next door, will serve up some Guinness around the $5.83 mark.

So there you have it, a handy guide for the pints and prices across the United States of America. Fasten your bootstraps and warm up your voices for a night of singing and dancing (depending on your state’s restrictions).