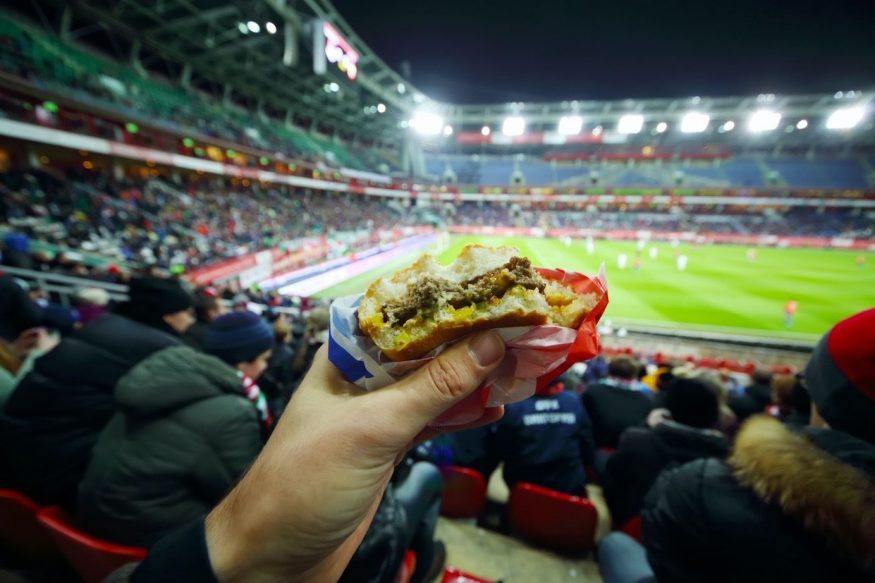 Nothing compares to having some match day grub washed down with a pint while you’re watching the footy. And it tastes even better if you know that your club offers the best value food and drink in the Premier League.

But which club sells the cheapest and most expensive food and drink? We’ve collected data from every Premier League club and ranked them from worst to best value.

We all know the classic combo is a pie and a pint, but we wanted to check out burger prices to see how expensive things get when you don’t opt for a match day meal deal. How does your club compare?

Burger and Beer Prices at Every Premier League Club

West Ham fans will pay the most for their match day grub if they choose to buy a beer and a burger. It’s not all doom and gloom, though. You can pick up some better deals if you go for their pie and pint combo (£8.50) or nachos and a soft drink (£7.30).

If you’re only on the sauce, a round of beers will cost the most at Manchester United at £5.50 a pint. Burnley, Liverpool and AFC Bournemouth fans can enjoy a beer for under £4, which is the cheapest you’ll find in the Premier League.

Over 50% of the clubs sell burgers for under a fiver, which makes West Ham’s £7 burger look really overpriced. You’d be best off sticking to a meal deal there.

So there you have it: Every Premier League club ranked by its beer and burger prices. Share this on social media and tag anyone who has to pay more than you! Unless of course, you’re a West Ham fan…