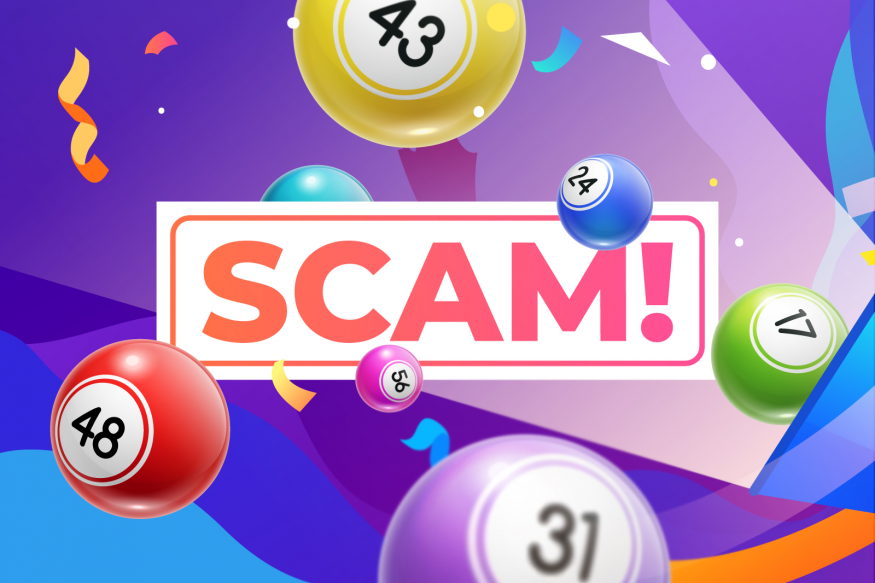 Lottery scams come in many shapes and sizes, from bogus systems to counterfeit tickets.

I’ve talked about lotteries as a failure to understand the odds but typically, they’re a harmless flutter for people who like the “what if” factor and so long as it doesn’t become an obsession, I think they’re a good thing.

Like many dream propositions, however, they are wide open for scammers to use that “what if” as the basis for a con game and in this area, there are several scams worth discussing.

Here though, let’s take a classic con game and see how it has been recreated for modern times.

This con game has many variations involving inheritance, legal procedures and even gold bricks.

The lottery method is easier to fake-up in terms of props and proof for the deception; it all comes down to picking the right mark and playing the right role.

Martha is an illegal immigrant who has been buying lottery tickets since she arrived in this country and while she’s won a few small prizes, none of those winnings demanded that she prove her identity since the amount won was always quite small.

Now, however, she has a serious problem.

Two weeks ago, Martha’s numbers hit, and she holds a ticket for £1 million.

As an undocumented person, she cannot claim the prize and would surely be deported once the truth was known to the authorities.

This is where the mark comes in.

He or she is asked to claim the prize under their own name and pay 60 percent to Martha while keeping £400,000 for themselves.

It’s quite a deal and while you might find this idea ridiculous, remember that this isn’t some approach in a bar or cafe; the mark will have been carefully profiled to make sure they have access to funds and would be someone likely to consider this proposition.

More importantly, there would be a very convincing fake ticket, a lawyer, an office and maybe even a shop with a lottery machine where the owner (or crooked employee) would be able to apparently verify the ticket as final proof of the story.

This is a good old-fashioned con game with props and costumes and even set-design, with powerful convincers to set the mark’s suspicions at ease.

Thanks to modern technology and resources, all of these ingredients are easy to find.

The scammers approach the mark through a friend who is apparently not the right “fit” for this transfer of the ticket so they are encouraged to bring a friend who matches a made-up criteria and would immediately recognise the intended target in their group of friends.

This means the story has a little credence when told to the potential mark based on their relationship.

But the real convincers come when the mark arrives at an office with – and meets – Martha who is resistant to the idea and pretends she is suspicious of the mark!

This places the mark in a position to defend themselves and actually advocate for the transfer of the ticket.

Bogus legal documents with them apparently commit the mark to paying 60 percent to Martha but also confirms the potential victim will make £400,000.

To make this “legal” and to offer Martha some form of security, the mark is also required to pay a sum of £50,000 which will be returned on completion of the deal but would serve as proof that the mark entered into this agreement willingly by completing the transfer of funds.

The logic being sold is that the transfer of this amount of money is a guarantee when held against the signed agreement so if the mark were to try and escape with the one million pounds, the lawyer would be able to prove that the mark had agreed to share that money according to the contract.

Of course, this is all a ruse and if the mark bites (and they usually bite) then their money vanishes just as quickly as Martha and her lying lawyer, leaving the mark (and their friend) with nothing but a story most people would find ridiculous.

Amazingly, this exact scam works just as well without Martha, without the lawyer and without the story.

At some point in time, some scammer somewhere realised that simply telling people they’ve won something would put them on a trajectory to do whatever it takes to claim that prize, whether they entered a competition or not.

In a way, it’s a simple twist on the old hereditary swindle where people believed they could receive an enormous inheritance in return for a few financial steps that would secure some non-existent treasure.

The internet exploded these lottery scams or fake prize swindles by allowing hustlers to send messages to millions of people with a single click.

Before this, there were junk mail grifters who sent billions of promises through the mail that weren’t worth the paper they were printed on.

The goal here is to sift potential targets and collect only those people gullible enough to respond and despite the current trend for well-informed scam baiters to waste these crooks’ time, the vast majority of respondents prove extremely vulnerable to being conned.

A fake prize of this kind can be explained a thousand ways and the need to make some form of payment to secure that win can seem perfectly logical when under the spell of an experienced, fearless manipulator and the promise of financial rewards.

So without acting a role or even printing a fake ticket, modern scammers simply make up a few websites and send some feasible forms in order to convince self-selected suckers of their veracity.

And while many might not believe they just won the Spanish lottery, a similar windfall could be concocted around the release of a new movie or device like the iPhone.

Around November each year, millions of people are buying the latest Apple release and might be quickly convinced by an email stating they had won a brand-new iMac because of their new phone purchase.

All the scammer has to do is send a few million cans of spam into the ether and thanks to timing and simple psychology, will have a much higher hit rate because their bullshit story connects directly with more people in the exact situation being described in the set-up.

Lottery (fake prize) scams tend to connect more easily with people for whom the sudden windfall would have greatest benefit, and this is one reason why I despise this kind of con game so much.

The elderly are often the primary target and if they respond to a call or an email, the b*stards on the other end of the line will go to any lengths to force their victim to cooperate.

The things they say would shock you and the power they have over people would amaze you because once someone is on the hook, the last thing they want to do is lose a prize that the hustler is holding over them.

It’s another carrot and stick type of scenario and the scammer can be remarkably cruel with that stick.

The result can be depression, suicide and/or financial ruin and I remain appalled how little governments do to protect people from this type of crime.

Other articles from this author include: