R. Paul Wilson On: Why The Lottery Is A Waste Of Your Time 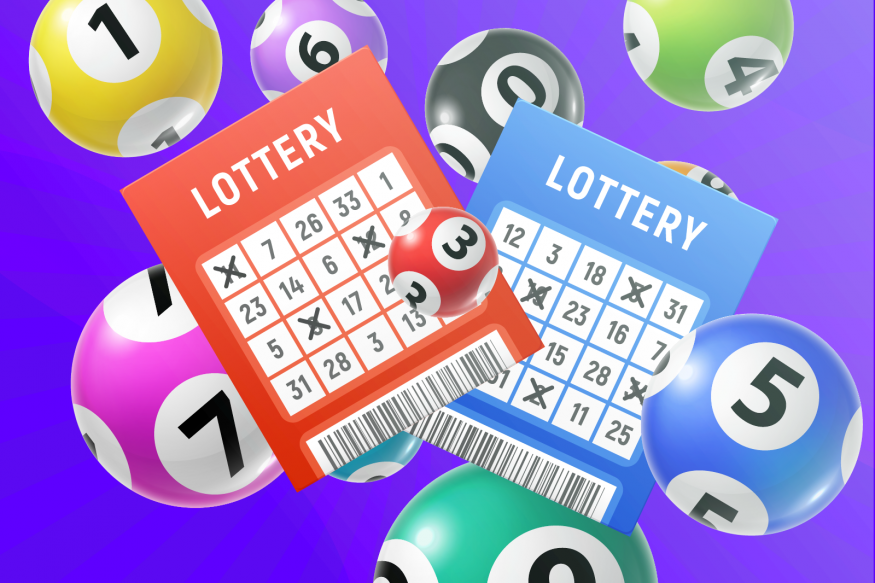 One of my favourite performance pieces is an absolute miracle with a borrowed deck of cards, created by the Spanish maestro Juan Tamariz.

This particular masterpiece has been shared with only a few friends and students but creates a staggering moment of wonder if the audience can only understand just how completely and utterly impossible the final effect actually is.

Juan’s solution to this is both beautiful and elegant, and if you saw him (or I) perform it, you would soon have a real understanding of how quickly numbers can increase and odds can become astronomical so that when the final effect is revealed, the enormous improbability is interpreted as something wonderful, amazing and utterly impossible.

Without giving anything away, the secret is in illustrating how quickly large numbers become truly enormous and lose their meaning once we are unable to compare or contrast these numbers based on our own experience.

Tamariz gives the audience this understanding by tapping into their emotional intelligence and the result is pure astonishment.

In many aspects of life, especially gambling, investing or taking “calculated” risks, there’s a point where numbers cease to have meaning and intuition takes over but is often way, way off target.

We can see this effect in any weekly lottery where people who buy tickets fail to understand the sheer size of the odds against them; seemingly happy with the idea that “someone always wins” and frankly, I think there’s nothing wrong with that if it’s merely a weekly or occasional purchase to feed one’s dreams or imagine “what if” so long as the price of the ticket is affordable.

Some people, however, take this way too far and buy dozens of tickets every week chasing a great mathematical dragon that will only consume them over time with odds that are far from fair compared to other, much wiser bets that are available to knowledgeable gamblers.

The reason is not just one of addiction, it is a failure to comprehend the sheer weight of improbability against the player when buying a lottery ticket, not to mention the outrageously unfair reward for beating those odds.

Let’s consider it for a moment and look at our chances of winning the UK national lottery.

Chances are, anyone can understand 10:1 against in terms of probability but in most people’s minds, 45,000,000 to 1 is immediately translated into “big number versus small number” and falls squarely into the “guesstimate” part of our brains.

This is what people do when the numbers start to lose their meaning and it’s all too easy to misunderstand or poorly estimate the real odds of something when numbers get so big that our internal system of weights and measures simply bundles them into a “big” or “really big” category.

In fact, many con games work by concealing astronomical odds or reframing them easily by dictating how those odds are interpreted by a potential mark.

This is incredibly easy to do if the target has a limited comprehension of how numbers relate to any outcome but when dealing with people who do understand the odds and can recognise a skewed (or fraudulent) proposition, con artists tend to either make for the door or take an entirely different approach.

But generally speaking, most people fail to understand the odds against them.

And the bigger those odds, the less they seem to understand and the easier it might be to focus them on an impossible reward.

In The Real Hustle, we once showed people a non-existent stocks and shares computer that apparently (thanks to some cool graphics) could predict the outcome of a multi-layered investment over several weeks or months while those “grey-suited morons” at the stock exchange were stuck in the last century using outdated methods and technology.

As with any “big store” set-up, we used the single location to bring in multiple potential marks compared to a typical scam that might only have three victims lined up, two of whom would be cancelled if the scam worked first time as it often did.

In these types of scams, however, numbers were part of the story as were the number of victims we could convince to sign up for our scheme.

Almost everyone who saw the “flash” (how we dressed the scam – the graphics, the computer screens, the office, the suits etc.) immediately accepted the concept and moved quickly towards being convinced they could make a great deal of money if they were “allowed” to invest.

Only one potential victim immediately understood the sheer mathematical impossibility of what we were supposedly doing and while he couldn’t calculate the odds exactly; based on what he was being shown, he could see an enormous improbability that only got worse the more he thought about it.

It turned out he was an amateur poker player who had very recently learned to calculate odds at the table (an invaluable skill that many still refuse to learn) and could immediately see that the number of permutations based on the number of stocks being invested (according to our bullshit story) made our “sure fire” system impossible based on our claims.

Needless to say, he was quickly shown the door!

What worked with this kind of scam was the inability of most people to comprehend numbers beyond a certain size and our ability to quickly distract them with promises of easy money based on a compelling idea that was little more than a bedtime story.

In short, the idea was easy to grasp but the reality was harder to recognise because the numbers were simply too much to calculate, unless you had developed the habit (and the mental muscle) to do so.

Going back to the UK Lotto: Millions of people buy tickets every week and if I were to ask any of them to quote the odds, I genuinely believe many could quickly state around 14,000,000 to 1.

In actual fact, while the odds are bad, the potential prizes are far worse in terms of return since the minimum prize is only £2.5 million.

While many would quickly mistake this as being paid odds of 2,500,000 to 1, smart gamblers would remember that a ticket costs £2, so the average return is half of that!

Being paid 1.25 million to 1 on a bet of 45 million to 1 against is a staggering mathematical advantage for any lottery but it has to be remembered that they all pay out many more prizes (for less than six winning numbers) and the easiest prize to win (by matching two numbers) is still 10 to 1 against and all you win for that is a free ticket for the next draw!

Perhaps people should consider the smallest odds rather than the largest to gauge just how fair a proposition is, but truth be told, that simply creates more possibilities for fraud, deception or manipulative psychology.