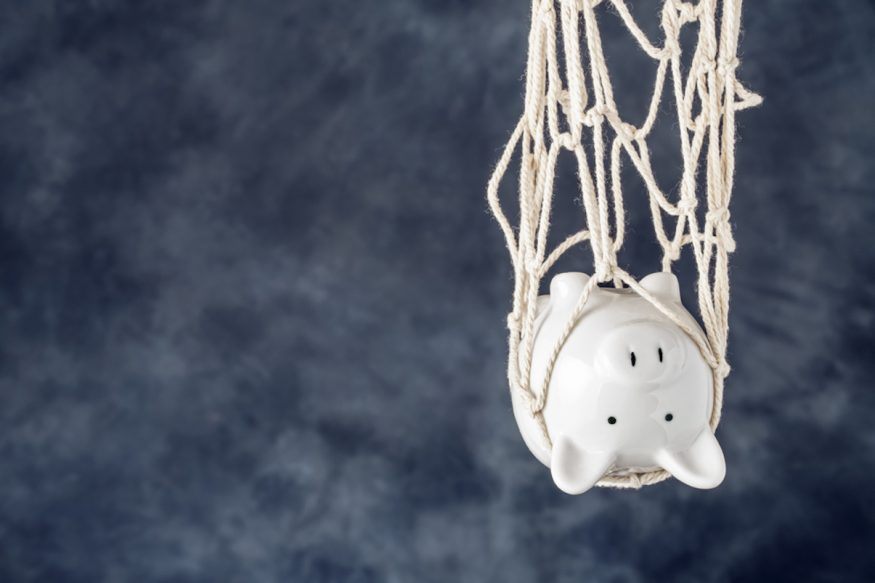 Since diving into Bitcoin as the basis for potential scams, I’ve found myself drawn deeper into the mire of investment scams, which seem to be enjoying a resurgence thanks to online banking and investment.

We all need to make wise investments and as I return to this topic, the same principles for deception and protection remain valid – but are quickly ignored or forgotten in the bright lights of temptation and supposed opportunity.

A couple of decades ago, investment guru Bernie Madoff attracted billions of dollars from investors thanks to his remarkable ability to predict the market and build enormous profits for his clients.

On paper, his investment fund was increasing at a rate that dwarfed his contemporaries and while a few people cashed out from time to time, most simply reinvested and continued to watch their money apparently grow according to Madoff’s claims.

In fact, those claims were almost entirely false, based on lies that had paid off for many years.

While people believed their money was safely held somewhere, it was in fact being sent directly to Bernie’s personal accounts.

So while Madoff could pay out what a few investors supposedly earned; when too many investors needed to withdraw, his deception was soon exposed and it became apparent that there was no real fund at all and Bernie had simply been lying all along.

That’s a pretty simplified version of what happened with Madoff but it’s enough to understand how his scam works.

Imagine taking a hundred bucks a year from a hundred people and telling all of them they made 10 percent on their investment.

Since that’s a pretty good return, most would re-invest for another year, and you could sell many of them on a 10-year investment with slightly better returns.

If one or two cash out, you have to return a couple of hundred bucks, but you still have close to $10,000 from the first year’s investment.

After five years you’d have around $50,000 and probably a lot more since many other people would be eager to sign up for your amazing fund.

The problem, of course, is that while you have $50,000 in your account from all these suckers, those suckers believe you have more than this since each of them has been apparently earning 10 percent every year; so if too many of those “investors” decide to cash out – just like Bernie – you’re almost certain to get caught.

But what if there was a way to keep people’s money and make them believe they simply got unlucky?

When investing in any legitimate stocks or shares, it’s important to diversify – to spread your money around and to limit the chances of losing value on your investment.

A way to do this is to buy relatively solid shares like Apple and Google or invest in FTSE or NASDAQ where there’s a historic upward trend and maybe set a little aside for crypto or riskier bets that might “hit” but could also “tank” without exposing you financially.

In other words, be sensible.

But along comes a spider, dressed as a stockbroker and if you fall into his or her web of lies, you might expose yourself to an extremely simple scam that has become remarkably easy to pull off.

A potential investor is told they can make a sizeable profit by trusting their money to a broker who is working outside of the normal system.

Through third parties, he has successfully increased past investments by 20 percent or more over short periods of time and is about to begin another round of investments.

So having heard the story and had it verified by other people – perhaps friends or associates who you trust – you put a little money in and sure enough, you make a nice little profit.

The question now is: do you cash out or re-invest and add even more of your own money?

Since your goal is to make your money work for you, the chances are good you add more and join the next round of investments and will probably tell other friends how well you did the first time, thereby increasing the pool of potential victims.

The name of the game here is to build a portfolio of suckers who all believe they are making money when all of it is ONLY on paper but unlike Bernie Madoff, who just kept going until the scam collapsed under its own weight, smart scammers know when to tank the fund with a supposed “bad investment” that will cost investors half or more of their money.

At the end of a period of investment, the scammer simply identifies a number of stocks that either collapse or lose most of their value then claim these investments cost their clients a large chunk of money.

A pure hustler would then run with all of their money while a smarter con artist would return half – maybe even more – and explain that this round of investment was simply an outlier and a victim to the ups and downs of the stock market.

Needless to say, the bogus broker only has to hold his victims’ money in an account then pay a percentage back after claiming to have lost the balance on the market and create fake paperwork to that effect.

More sophisticated scammers – perhaps licensed stockbrokers like Madoff – might invest in genuine blue-chip stocks to build a legitimate-seeming fund then manipulate records to make it seem they lost a large amount on tanked shares.

Another method is to use legitimate investments to pump and dump worthless shares but claim the share price tanked before the crooked broker could sell, when in actual fact he or she manipulated the price from the start and kept the profits after selling at the top price.

There are many checks and balances to supposedly stop these practices in “legitimate” firms, but rogue traders are not as uncommon as many would like to believe and the industry will often rush to hide any wrongdoing by brushing a lot of bad behaviour under their own carpet.

The type of rank scam I’m describing here is quite simplistic but made more possible by the internet and by the many ways stocks and shares can be purchased.

The kind of crooks who seem to be mimicking Madoff’s methods have evolved those methods to avoid the inevitable and are not necessarily real brokers but concocted characters who convince people they have an angle or a method that seems to work according to evidence that is entirely made up!

Other scammers turn out to be unlicensed brokers operating through unregulated investments firms that appear to be legitimate but operate outside the financial conduct authority (in the UK).

These characters use Instagram, WhatsApp and social media to attract the unwary with images of obvious wealth or publicity stunts but in the end, life savings are lost and while the trail leads to unregulated investment, the reality of those investments is something I would be extremely suspicious of.

How deeply anyone can investigate the trail of money when it goes outside of licensed and monitored methods is worth examining but in some cases a few simple documents can cool off the marks.

For laymen, a PDF file or a webpage with imaginary results can work wonders on the uninitiated and if a hustler has the time and patience to cultivate a large number of small investors with the means to invest more, all he or she has to do is hold their money or invest it simply while inflating supposed returns until there’s enough re-investment and additional investment to pull a fake tank on the fund and keep the money that was supposedly lost.

By choosing the right marks and playing them correctly, many suckers will simply continue to invest in the belief that the tank was just “one of those things” and hope for better results in the future.

Played correctly, almost no one will properly examine increasingly complex records of investments and unless they pass those record to a professional, they might never realise the truth.

Even if someone does ring the alarm and spot the deception, many of these Instagram “brokers” are complete fabrications or hiding behind multiple identities and can quickly vanish with every penny they have supposedly invested!

In other words – they are figments of their own imagination, selling a lie to people who should certainly know better but are vulnerable to their own lack of knowledge.