Can You Count Cards in Poker? 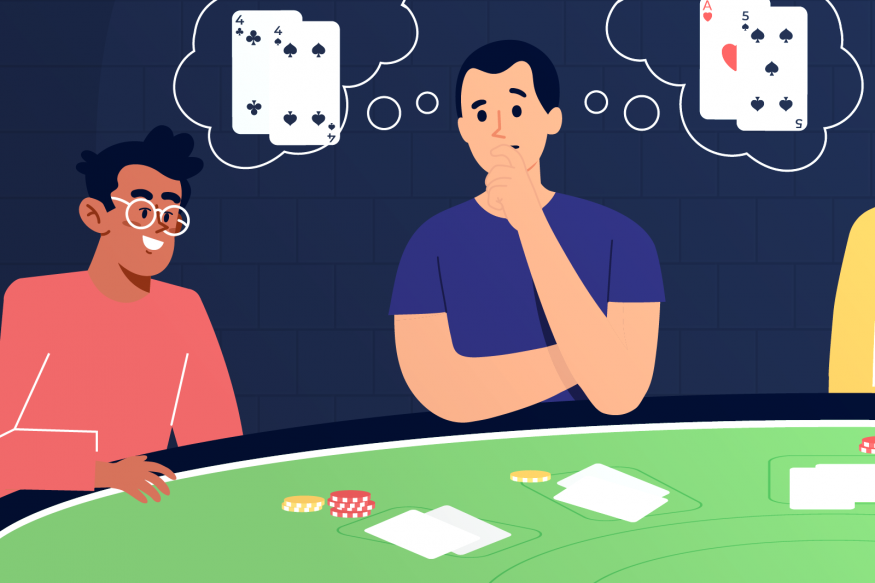 Card counting is a popular technique used to gain an advantage in all types of card games, in particular blackjack.

In fact, card counting in blackjack even became part of books and movies, as the technique was popularized by the famous MIT blackjack team that beat Las Vegas casinos out of millions.

While it is possible to count cards in poker in some form, unlike in blackjack, you probably aren’t going to be able to win millions with the technique as it doesn’t give you as big of an advantage.

It will only get you so far and can’t be used in all variations of poker.

However, I’ll explain what card counting is, how you can use it in some forms of poker, and what advantages it can give you.

What Is Card Counting?

Card counting is a technique that involves tracking and remembering cards that have been dealt out of the deck during a particular game.

The game of blackjack is the best example to give for card counting, as many cards are shown face-up and discarded in this one.

In other games, such as Seven Card Stud poker, players also get to see some numbers of cards that are discarded or still in play, which does help by providing some extra information.

Different card counting techniques can be developed in various card games, and each of them can help you gain an edge over the house or over your opponents.

While card counting is somewhat frowned upon by the casino in blackjack, doing it in other games will certainly not get you into any trouble, especially in poker.

In poker, much fewer cards are shown face-up, which means you don’t have as much information to work with as you would in blackjack.

As well as this, the deck is shuffled after every hand, making card counting less effective than it would be if you could use information from previous hands.

However, this doesn’t mean you can’t count cards. In fact, in some poker games, such as Seven Card Stud, card counting is essential.

In every form of poker, you should always be aware of any cards that have been shown, even when it happens by accident that a player exposes their hole cards.

Let’s talk about card counting in different variations of poker and in different situations in the game that you can use to your advantage.

Seven-Card Stud has become less popular over the years, but several versions of this poker game are still played, especially as part of the Mixed Games.

These games include Seven-Card Stud, Seven Card Stud Hi/Lo and Razz, while some other Stud versions may also occasionally be played in some games.

In any Stud game, a hand starts with every player being dealt at least one face-up card. While many players will fold on that first street, it’s important to memorize all the up cards.

These up cards can help you in the future, as knowing which cards can’t possibly come will mean you know you have a higher chance of hitting your cards or that your opponent is more likely to brick out.

This form of card counting is not only an important part of Stud poker, but is essential to being a good player.

If you don’t keep track of the folded cards and your opponents do, you will be at a huge disadvantage as they will consistently have more information than you.

On the other hand, if the situation is reversed, you will establish an edge over the rest of the field that they won’t be able to counter unless they are tracking every folded card.

In big Stud games, you can expect everyone to be counting the folded cards, but if you are playing against less experienced players, you may be in some great situations using this technique.

Card Counting In Hold’em And Omaha

In both of these games, players are only dealt cards face-down, which means there is less information to work with before the flop.

However, even knowing the two or four cards you are holding in your hand can help you in some ways, and card counting can still work.

Card counting can work in your favor by using the knowledge of the cards you hold in your hands to get a better idea of what your opponents are holding or what they can’t possibly be holding in their hands.

For example, let us assume you have two Tens in Texas Hold’em, and the board runs 9 8 7.

In this case, your hand is still just a pair of Tens, but it’s quite unlikely that your opponents can have a straight, as you are holding two of the Tens they would need for the nuts.

The same principle works really well in the Pot-Limit Omaha game, where players often use blockers for bluffs.

A great example of this is when you are holding an Ace of any suit.

In this case, you can always represent holding the nut flush if three cards of that suit come off, even if you don’t actually have the other card you need for the flush.

The use of the blockers card counting technique is very common in the game, especially among the younger generation of players who tend to use blockers a lot more often than used to be the case.

Finally, you should also be aware of your surroundings when playing live games and use any other cards you see to your advantage.

For instance, players often accidentally turn their cards over when folding them, which can be used later on in the hand if you realize one of the cards your opponent might need has been folded already.

How Not To Count Cards In Poker

I’ve explained some ways in which counting and tracking cards can be useful in poker, but it’s important to understand that the technique will only get you so far and can’t be used across all variations.

However, many inexperienced players use a different form of “card counting” to try and guess what cards will come on the flops in future hands.

It’s crucial to remember that the cards are shuffled between hands of poker, which means that the cards that come off in one hand have absolutely no effect on future hands.

Saying things like, sevens are hot, or Jacks are due to come, will only make you sound stupid to the other players and ridiculed by the poker community at large.

Believing such superstitions will get you nowhere in poker, and learning the skills necessary to be a winner instead will give you the advantage you should be looking for.

Card counting is legal in any game, whether you are doing it at the poker or blackjack tables.

However, casinos don’t like blackjack card counters and have (unsuccessfully) tried to outlaw the practice on numerous occasions.

Following many court cases and rulings, blackjack card counting was found to be legal in practically all countries of the west. In Atlantic City, casinos are not even allowed to ban you for counting cards.

Card counting is both legal and encouraged at the poker tables, and there is absolutely nothing wrong with it.

In fact, counting cards in poker – as is possible –  is a technique you will want to learn early and always use at the tables to give yourself whatever edge you can possibly find.