R. Paul Wilson On: 4 Easy Bar Bets You Can Learn In Minutes 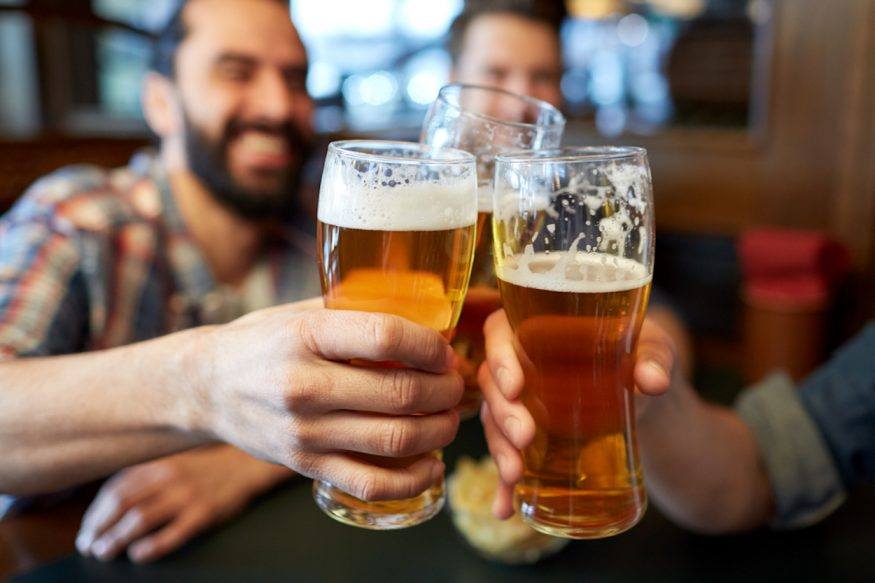 I think it’s time I shared some more ways to make a little money from your friends and the following four proposition bets are amongst my favourites.

As always, bar bets, proposition bets and betchas are like jokes or stunts with money on the line and should be presented as such.

Make it clear your friends will win back anything they lose once they know the secret and only bet what your friends can afford to lose.

For this, you need a pint glass, a thick pile of drinks coasters (bar mats), a napkin and plenty of hustle.

I perform this at the bar, where the coasters are stacked nearby or grab a pile and take them to the table.

I ask someone which they think is greater, the circumference of the mouth of the pint glass OR the height of the glass.

Many will immediately say the height, but clever folk might reason that the two could be similar and bet on the circumference. So to make it interesting, I add a few coasters under the glass to increase the height.

Now the height of the glass plus the coasters must be greater so people will be inclined to bet on the height. I then add more coasters until the combined height is obviously much more than the distance around the mouth of the glass.

During this process, it’s up to you to cajole people into betting.

I often present it as proof that even when the odds are obviously in people’s favour they are too scared to take a simple bet, even for low stakes like the price of a drink and to prove all of this I offer to pay 2/1 for anyone who bets on the height of the glass.

The logic seems to explain why you are making it impossible to lose and eventually people will bet a drink or a pound on the height of the glass (plus coasters) being greater than the circumference of the mouth of the glass.

NOTE: This is where the hustle lies and it’s where you can tease people a little but also make it clear that the only way to find out what happens is to take the bet.

Using the napkin, measure the height of the glass on top of the coasters, then move the glass to the bar and measure the circumference.

So long as you checked earlier how many coasters you can safely place under the glass, the circumference will always be a LOT more than the height of the glass itself and even more than when combined with the coasters.

This also works with tall thin glasses (without being able to add so many coasters) but always check first just in case.

This is an oldie, a goodie and an opportunity to scam people who know the secret.

Get a little black thread and piece of tape and carry those in your pocket when going to the bar or pub or a friend’s house (I used to loop some around a credit card and stick the tape to the card, which was easy to remove and use.

Secretly attach the thread to the bottom of a beer mat and replace the coaster on the table. So long as it’s a dark surface, the thread won’t be seen.

Otherwise, place the coaster near the edge of the table so the thread dangles over the edge and can be easily grabbed later.

The following betcha works without this set-up but it affords you a terrific opportunity to have some fun with people even if they know this bet (or can work it out).

The challenge is to move an olive from one coaster to another when the coasters are several inches apart and without touching the olive with their hands.

The only thing they can use is a brandy glass, but they can only turn it over (end for end) ONCE.

The secret is to place the glass mouth-down over the olive on the coaster and then make circles with the glass until the olive is propelled up into the glass, rotating inside thanks to the circular action.

The glass can now be moved, still making those circles, to the other coaster where the olive drops after successfully completing its journey.

A little practice at home will show how the circular action scoops the olive into the glass as it spins inside, and that action is easy to maintain as you move to the second coaster.

SO— what about that thread?

Whether you run into someone who already knows this bet or decide to prank someone who just learned it, the thread is a great way to pull another fast one.

Once they pick up the olive inside the glass, wait until they get close to the second coaster and slowly pull the thread, so the coaster moves away!

This will surprise them so much they stop spinning or mess it up so the olive falls (or flies) out.

No need to hide the thread; show everyone and take a bow (and several free drinks).

This is such a simple bet but one of my favourites since it’s earned me several free lunches.

When arriving at a diner or restaurant, ask for three shot glasses and change of a dollar or pound (or whatever) so you have 10 identical coins.

Tell your victims they need to use all 10 coins and all three glasses – and they must place an odd number of coins into each glass.

Tell them if they can do so, you’ll buy dinner and if they can’t they have to buy yours.

The secret is easy but be prepared for complaints: place three coins into two glasses and four into the third glass before stacking one of the shot glasses with three coins inside the glass with four coins.

Two glasses now contain three coins and the other contains seven (in total)!

If you wear a hat, this is a funny bet that works but be prepared to dodge the occasional slap or punch.

Cover a filled shot glass with your hat and take a straw claiming you can drink from the glass without touching the hat.

Allow some time for your suckers to consider all the options then, once the bet is accepted, lean under the table with the straw and make noises as if drinking through the straw.

Sit upright, replace the straw on the table and say “done!”

Wait for someone to lift the hat and prove you wrong and as soon as they do, pick up the glass and drink!

True to your word, you never needed to touch the hat…