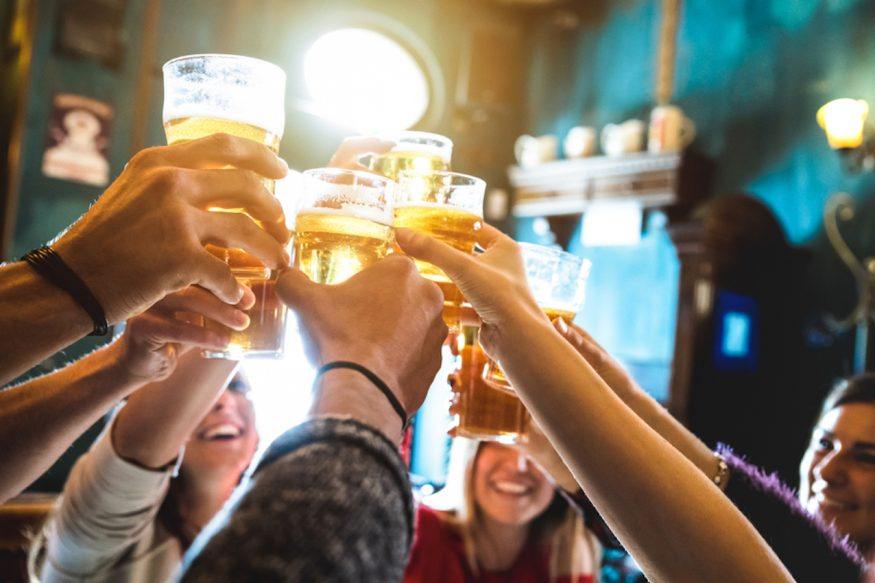 It only seems fair that readers of this blog deserve a few free drinks.

In this article, I’m going to share two excellent bar bets that will entertain your friends and send them to the bar to buy you a drink, but I’ll also discuss how to beat someone who already knows the secret.

In fact, if you are lucky enough to find someone who knows the second “betcha” described below or who proposes this bet, you will be sure to beat them at their own game.

As described previously, the way to ensure you get paid without losing friends in the process of a proposition bet is the promise that anyone who falls for these bets will be able to do the same to others once they know the secret.

More importantly, only employ these betchas with people who can afford to pay the agreed amount – and keep those amounts friendly.

A free drink or even lunch is reasonable in most cases and won’t cause bad feeling so long as you pick your mark with care.

Remember, these are not con games.

You are telling people you can do something they can’t and offering to prove it for a small wager.

In return, they learn how to do the same stunt themselves.

This is an all-time favourite and I’ve scored more free drinks with this game than almost any other.

We order three shots and three pints of beer.

It’s important to be clear on these rules and not to elaborate.

Many suckers will try to get into a game of “what if” but I quickly shut that down and press for a decision on whether to take the bet, reiterating the two rules if necessary.

Naturally, whoever loses must buy all six drinks.

The secret is simple.

Place the three pints in a row, evenly spaced, with the shot glasses in front of the spectator to match the spacing of the pint glasses.

Be prepared to drink your first pint quickly, telling the sucker that it helps line the stomach for the next two, which will be lightning fast.

According to the rules, they cannot start drinking until you finish that first pint and as soon as you do, they will race for their first shot glass.

While they are focused on that first drink, up-end your glass so it is mouth down and cover one of the remaining two shot glass, trapping it inside!

Remember, no one else can touch your glasses, so that shot glass is now out of reach until you finish the next two pints, which you can do at your leisure…

Some years ago, I presented a show throughout the Edinburgh Fringe Festival that was sponsored by Bushmills Whiskey, a brand I happened to like despite not being Scottish.

To feature my sponsor in each show, I included a simple bar bet that I’d learned during my time in the British Army; a bet that had cost me a round of drinks and shot to my ego but had since repaid me with a few free beers and lunches.

We each begin with a shot glass filled with our favourite tipple and two coins, both heads side up.

The challenge is for the sucker to do exactly what I do for five phases of the game.

That’s it: do exactly what I do, and you win the game and your choice of poison from the bar.

Before we start, we each lay out our glass and coins in the same fashion, with the heads up.

Without saying a word, I pick up my glass, move a coin aside and place it between the coins.

The sucker repeats this exactly.

I turn one of the coins, so it is tails-up, and place it on top of the other coin.

The sucker does the same.

I now drink the entire shot and replace the glass.

The sucker does the same.

I drop both coins into the glass.

The sucker, having actually drunk his shot, is forced to concede and reach for his wallet.

This makes for an entertaining and surprising stunt and almost always elicits a laugh as well as a few free drinks.

How To Beat People Who Know This Trick

The first bet (pints vs shots) is very difficult to beat, even if you know the secret.

So if the sucker accepts that proposition you can be pretty sure he or she is going to lose so long as they don’t try to change the conditions.

The second, however, is the kind of bet that can kick you in the back if the sucker is already wise to it but there’s a simple way to beat someone who already knows the con.

First, let’s talk about how to deal with an overly suspicious or challenging opponent.

Many times, when making friendly wagers for low stakes (like a drink or a sandwich) you will find yourself faced with someone who tries to interrogate every detail of your proposition, which can make the whole exercise both difficult and unpleasant.

If you have the personality quirk to do so, it is possible to manipulate people in these circumstances by distracting their suspicions.

In the case of “Do As I Do”, I like to put a little extra stress on the orientation of the coins in order to distract the sucker.

I will sometimes show the head and tail of one coin while showing only the head of the other.

When I turn the second coin to show tails, I deliberately cover the tail side with my finger as I say “heads on this side, tails on this side” but it never fools a suspicious sucker who is suddenly obsessed by the missing side of that coin.

I promise they can examine everything at the end but stress that neither of us can touch each other’s glass or coins (an additional condition to distract their thinking).

If they are really suspicious about the coins, I already know they probably don’t know this trick and can continue with confidence.

If I get a sense that the mark does know this betcha than I have another trick up my sleeve.

When picking up the two coins, I palm one as I apparently drop both into the glass.

In fact, only one is dropped while the other remains in my hand.

This is a skill you’ll need to learn but if you can naturally hold one coin in your hand without cramping or looking like your hand has been trapped in time, you simply appear to pick up the coins and toss them both into the glass but only one is allowed to fall.

If done smoothly, dropping the coin into the glass and then spitting out the drink, the sucker never suspects that only one coin was dropped.

After spitting out the shot I never swallowed, if the sucker does the same, I proceed to pull the palmed coin from the bottom of the glass!

If the sucker ever does the same, I’d happily buy him or her a round of drinks and congratulate him on having read this article!*

*Unless I happen to have a third kicker not described here…