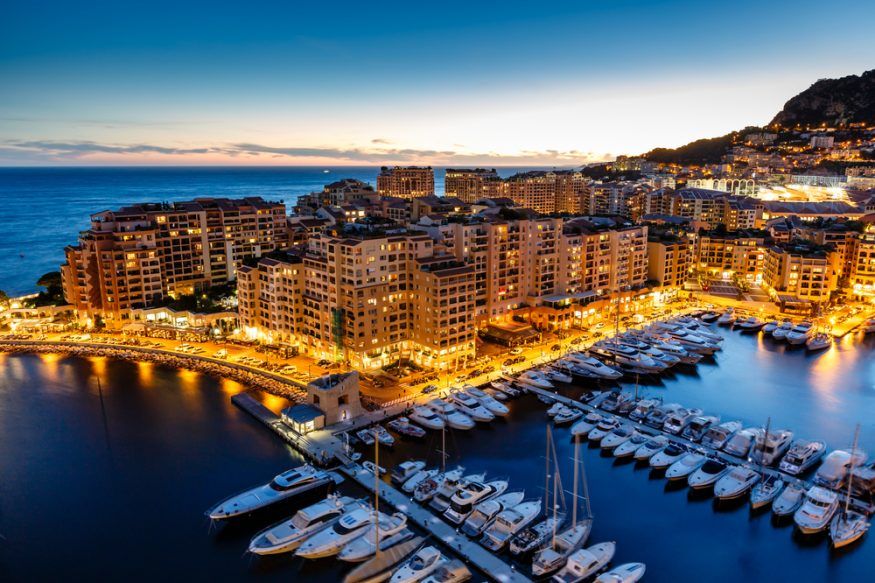 Formula one weekend in Monte Carlo is a strange place with barriers, road closures and ugly billboards scattered around a beautiful city infested with beautiful people and their ugly wealth.

To a prospective con artist, it must be like “Con Christmas” as millionaires are pushed to the back of the crowd by billionaires and everyone is fighting to prove who and what they are.

It’s not my cup of tea, frankly, and I was only there to perform a private show for clients before heading home on race day but had a whole day to walk, explore and hop from one cafe to the next in search of the perfect espresso.

In a small coffee shop off the main drag, I met the owner who proved to be a gold mine of stories about scams and deception and almost – almost – saw him take a guy for thousands of euros with the simplest proposition bet I’ve ever seen.

Spolier: in the end, all he won was free coffee in his own shop but trust me, it’s still worth reading.

I have no idea what his name was, or if I even learned it, but I remember taking refuge from the sun in his shady shop, ordering a coffee and watching the ridiculously wealthy parade of tourists pass by his window while I shuffled a deck of cards.

“Ten of spades!” he shouted, snapping me back to reality.

The coffee shop was surprisingly empty and he was clearly talking to me, but despite having a deck of cards in front of me, I was still baffled.

I quickly guessed that he’d been watching me shuffle and had spotted the 10 of spades as I riffled the deck higher than I should.

Perhaps he had leaned down to take a pastry from the cabinet and seen the 10 arrive on top but as far as I could remember in the aftermath of my absent-minded people watching exercise, I hadn’t actually touched the cards for 10 minutes or more.

This immediately intrigued me since, if he had spotted the card, he had waited long enough to make it seem more impossible.

That’s some good grift right there.

I laughed but renegotiated – if the top card was the ten of spades, I’d buy us both a coffee.

The truth is I could easily have switched the top card with a second deal or a double or a palm or a pass or a hop or a change, but for the price of a coffee (even in Monte Carlo) I would rather have known if he was right.

And sure enough, I ordered another espresso and one for my new friend.

We chatted a while and I thought at first that he might be an amateur magician but as it turned out he was actually a part-time gambler who liked to make bets he couldn’t lose and shared several with me in return for a couple of card tricks.

It was a great afternoon and if it had ended right there, I might have forgotten all about it.

But that’s when Mr. Suit walked in.

Mr. Suit was Italian in cloth only, his accent part-English and part-American.

I’d love to tell you he was an asshole who needed to be taken down but in fact he was nice enough and actually quite friendly.

But the expensive suit, shoes, watch and haircut clearly labelled him as fair game to the coffee guy.

The newcomer ordered a coffee and stood at the counter to drink it while the coffee guy complimented him on his suit and claimed that despite his own less attractive attire, he could probably be just as wealthy as his well-heeled customer.

All of this was said in good spirit and Mr. Suit was charmed and amused by Mr. Coffee, until the bet was proposed.

It was a cunning trap set by a seemingly innocuous comment about how “you can always tell who has more wealth by who carries the least money”.

Mr. Suit questioned that rationale and asked Mr. Coffee to explain – and that’s how the trap was set.

“I’ll tell you what. I bet you you’re carrying more cash in that nice suit than I have in my pockets.”

Mr. Suit was immediately baffled but Mr. Coffee carried on.

Mr. Coffee then removed his wallet and a thick, folded bankroll, placing both on the counter.

“Everything in my pocket against everything your pocket says you have more money in your pocket than I have in mine,” he said.

I’d heard this bet before and was suddenly being played in front of my eyes (and no doubt, for my benefit) but would it work.

Mr. Suit was frozen in time, looking at the cash on the table and I already knew the hook was in.

Just looking at his slender frame inside the neatly tailored suit, one could tell there was no way he was smuggling a thick wad of cash in those perfectly trimmed pockets.

He started to speak, and I could feel that familiar moment where a mark just can’t help themself.

But as soon as he started to say: “Actually—“, he stopped and reconsidered.

Mr. Coffee pressed him, but the mark was already backing down, smiling and reaching for his wallet to pay for his coffee.

“I’d love to take your money,” Mr. Suit said. “But I have a feeling that’s just a twenty Euro wrapped around a bunch of fives.”

He slid out a credit card, paid, tipped, and left with his own story to tell, completely unaware that he nearly lost all his cash to Mr. Coffee.

I stayed a while, hoping he might repeat the scam on a better sucker but as the place got crowded, Mr. Coffee was too busy to make any more bets.

So, what was the scam and how would it work if Mr. Suit had taken the bait?

There are a couple of ways to play this little swindle but the basic idea is that the con artist (Mr. Coffee) needs to produce a thick bankroll so that the potential mark realises that it’s much more than he or she has in their own pocket.

But once the cash is on the table, the trap is already set and the bet can be lost or refused!

The proposition Mr. Coffee made was “I bet you have more money in your pockets than I have in mine” BEFORE placing his billfold and wallet on the table and BEFORE Mr. Suit could accept the wager.

Once Mr. Coffee’s cash was on the table, his pockets were empty and so the bet “you have more money in your pockets than I have in mine” is automatically won if the potential mark has any money on them at all!

It’s a simple bet based on clever wordplay and is probably welched more often than it wins but one thing was clear: Mr. Coffee had done this before and if I had been wearing an outfit that cost as much as a small car, he might have tried it on me.

I still wonder if he’s still around, trying his luck on gullible tourists with too much money in their pockets.

Either way, it was great to see a simple prop bet in the hands of a seasoned professional!

Best of all, he refused to charge me for my afternoon caffeine and we parted as friends.

A Variation Side Bet

The first player emptied his pockets as he made this bet and I realised it was the Monte Carlo scam in a different guise.

If the bet had been accepted (it wasn’t) then the first player would win the second player’s money if the card was red.

But if it was black, he’d no doubt have pulled out his empty pockets and reminded his opponent of the wording of the bet.

He was betting all the money in his pockets but had already removed all of that money so that left nothing in his pocket!

For more real-life sneaky bets and cons, check out: