R. Paul Wilson On: How To Hustle 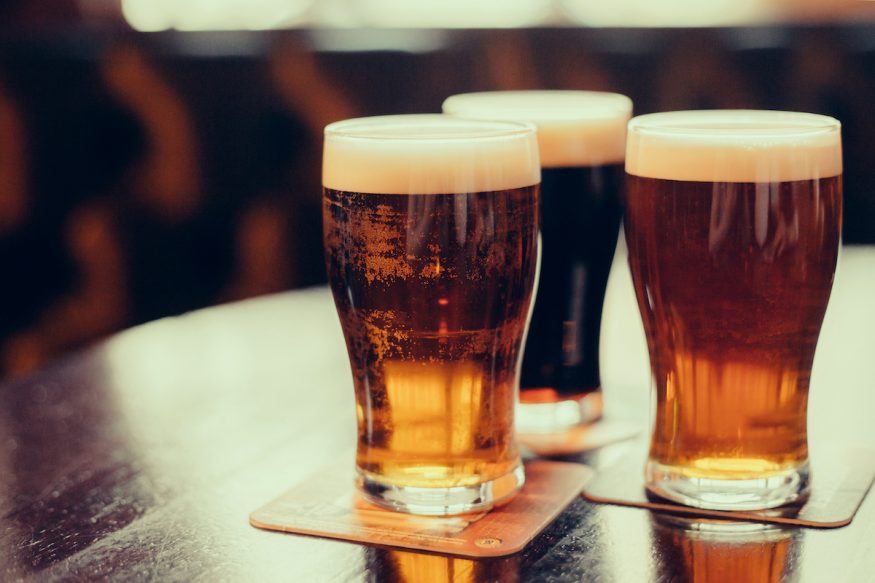 With a good proposition bet, the sucker will quickly realise he or she has been had. But, with the right approach, the loser of a “betcha” (bar bet) can still be willing – even happy – to pay up.

The secret is to pick the right mark and make the bet for something that’s both affordable and within the range of acceptable loss.

If I make a bet with someone for the last 10 dollars in their pocket, it’s going to hurt when I win but if I bet someone a hundred bucks, to be peeled off their enormous bankroll, the loser might swallow that pill so long as they don’t lose face.

A bar bet is not really scam or a con; it’s a friendly wager with an implied element of deception.

The Gentle Art Of Proposition Bets

In the 1990s, my friend Bob Farmer wrote a series of “betchas” for a magic magazine where he offered some simple but effective advice for winning real money: don’t take more than they can afford and remind them that whatever happens, they can use the same trick to win money in the future!

A friendly bet is both safer and more reliable than an aggressive challenge.

The cost of dinner, a round of drinks or a small part of someone’s bankroll can be framed as an acceptable loss that might pay off when they find their own sucker.

This isn’t the only way to work a prop bet but as a general rule, it’s the safest and the most assured method of getting the money at the end.

Some bar bets are verbal tricks or physical stunts that work if you know the secret, relying on how and when the proposition is made.

Other “betchas” are physical or mental feats that require training, or years of practice, or unusual abilities like being double-jointed, or having a photographic memory.

I’ve spent a great deal of time practicing several feats that have won more than they’ve lost over the years.

Like David Carradine in “Kung Fu”, I can snatch a coin or a pebble from most people’s hands before they close their fingers (even if I stand far enough away to make it seem impossible).

I can guess which hand holds a poker chip with unerring accuracy and, with a week’s notice, I can do between three and four hundred military push-ups in under fifteen minutes, without rest.

Each of these challenges has won me free dinners (perhaps too many, if I’m honest), tournament buy-ins, drinks and cold hard cash.

In every case, the set-up was as important as the punchline: whether I succeeded or failed, I knew they would be entertained by the procedure.

A Matter Of Balance

They are far easier to sell as something the sucker might later use to win money themselves but be warned: if they already know the secret, you might walk into a double bluff and end up the loser.

A simple example of this is the dollar bottle trap: place a bill on the table and balance an empty beer bottle upside-down on top of the bill. The challenge is to remove the bill without letting the bottle fall and they cannot touch the beer bottle in any way.

The secret is to carefully roll the bill at one end and continue rolling the paper until it meets the glass bottle around midway.

If you continue rolling, using the rolled paper to very carefully push the balanced bottle, it will slowly slide off the bill and remain up-ended on the table: challenge done!

So, now you have a secret and with most people, you will have a free drink, perhaps a free meal and if they’re loose enough, maybe some cash in return for that knowledge.

But let’s imagine someone offers you the same challenge.

Do you quickly admit you know how to retrieve the bill, or do you play along and pretend to work it out after the bet is agreed?

No Such Thing As A Sure Thing

This illustrates another important rule of proposition bets: don’t make the bet if you’re not willing to pay when you lose.

In a sports bar in Las Vegas, I sat with a slender young woman about five feet tall and a bodybuilder who was over six feet tall and weighed as much as a small car. This guy was stronger than an ox with shoulders the size of champion watermelons.

Naturally, I offered him a proposition he couldn’t refuse.

The challenge was to separate two paperback books that had their pages riffled together without glue or string; just paper dovetailed into paper.

Despite being able to bench-press 560lbs, this guy could not pull those books apart thanks to friction between the interlaced pages.

In fact, you could tow a car with two books merged in this manner so it’s impossible for someone to separate books with strength alone.

Or so I thought…

I won a round of drinks and the books were passed to the young lady who was baffled by how hard it seemed to be.

To any onlooker, the challenge seems simple and she even accused my mark of only pretending to try and pull those books apart.

Then, when he passed her both books to feel how impossible it was, she immediately separated them!

I was shocked, fooled and relieved I hadn’t offered her the same bet.

How did she do it?

I have no idea, but the science says she shouldn’t have been able to.

Despite what science says, if I’d offered her the same deal, I’d have been the one buying drinks.

It’s not the only time an impossible bet has been defeated.

I once appeared on a live TV show with a simple “betcha” where each player is given a pre-torn napkin and instructed to hold it by the ends.

Without releasing the ends, they have to pull the napkin apart so that the middle section falls to the floor or table.

The secret is simple, when I pull the ends apart, I first hold the middle portion with my mouth and pull my hands apart until both ends are torn away and then let the middle fall.

According to science, without supporting the middle part of the napkin, it’s impossible to tear off both ends by pulling them apart so the middle will always stay attached to one of the two ends.

Thanks for nothing, science…

Think of bar bets, “betchas” and proposition bets as gambling jokes with a punchline that costs real money.

So long as your target can afford to lose the bet, is entertained to some degree or sees it as money well spent to learn the secret, you’re on solid ground.

And if you’re interested in learning an almost surefire bet, walk up to me with a fresh hundred-dollar bill and I’ll tell you where you got your shoes AND when.

If I’m wrong, you can keep the hundred.