Will Kassouf: Speech Play Genius, Or Most Annoying Player Ever? 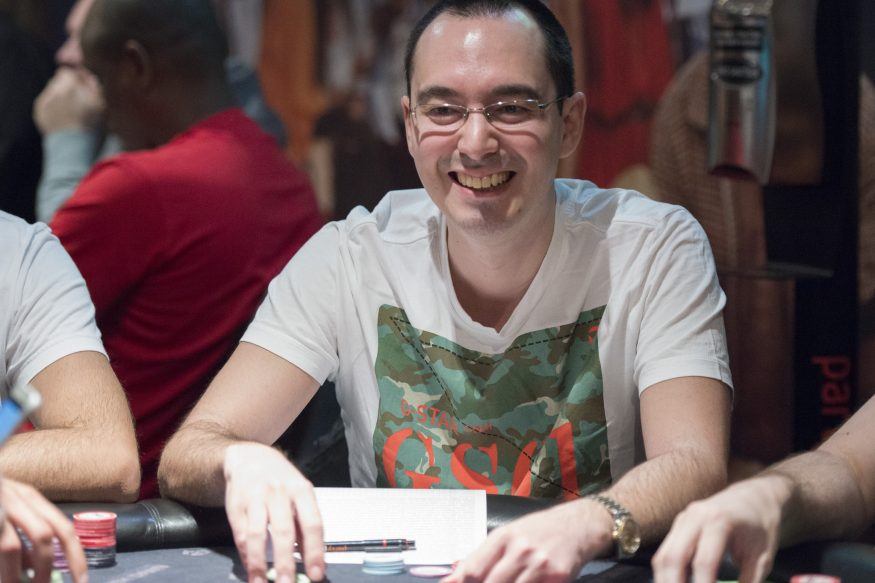 Not many poker players have managed to be as controversial as Will Kassouf.

While a few names come to mind in this context, the thing about Kassouf is that he did it without cheating or scamming anyone on the way.

In fact, all he did was play his game the way he knew best, and it made him one of the best-known names in poker today.

If you’re a poker fan, the name of Will Kassouf probably at least sounds familiar.

He caught the public eye in the 2016 WSOP Main Event, during which he managed to tilt pretty much every single player who had the pleasure to sit at his table.

Kassouf did all this using the technique he likes to call “speech play” which could best be defined as an extreme version of your standard table talk.

If he gets involved in a hand, you can pretty much be sure that Kassouf will talk all the way to its conclusion.

While the poker community has seen its fair share of trash talkers in the likes of Mike “The Mouth” Matusow or Daniel Negreanu, Kassouf is next level.

His unorthodox approach to the speech play strategy has made him a celebrity of sorts in poker circles, and it divided the community into two camps: Will Kassouf supporters and those who believe he shouldn’t be allowed to do what he does.

The Makings Of Will Kassouf: Taking Speech Play To A New Level

The Will Kassouf saga started during the 2016 Main Event.

The UK lawyer turned poker pro had been running well during earlier levels and made it deep into the tournament, so TV crews quickly picked up on his presence – not that he was easy to miss.

The Brit was just one of many players making a deep run in that year’s Main Event, but by that time, almost every other player in the field had heard about him.

He was the annoying guy who just wouldn’t shut up.

Everyone who got to share the table with Kassouf would quickly find out – they weren’t just rumors.

Every single time he was involved in a hand, he’d start his speech play routine, and he was relentless. Whether there was a response from the opponent or not, he just wouldn’t stop talking.

Some found it funny and entertaining, but for others, Kassouf was bending the rules a bit too much and was coming very close to breaking them.

One particular hand that made Kassouf famous was against Stacy Matuson.

Having reached the river and missing on his slim draw, Kassouf forced the issue and pushed all-in, putting Matuson at a decision for her entire stack.

Matuson was holding pocket queens, an over-pair to the board, so she had a lot to think about.

But it wasn’t like Will to let her do that in peace.

As Stacy was trying to think, he was going on and on, taunting her, telling her he wanted her to call, then suggesting she should fold so she doesn’t embarrass herself in front of the cameras, and so on.

What he was saying didn’t make much sense but his continuous talking was clearly making it very hard to focus on the decision at hand.

Eventually, the floor was called to intervene, and he told Will he had to stop talking, which he did, to some extent.

After he could no longer talk with his mouth, Kassouf continued his speech play using his hands to continue the ruse.

Visibly frustrated, after some five minutes, Matuson finally sent her queens into the muck, after which the Brit proudly turned over his bluff, slammed the cards on the table, and announced:

Over the years, the expression has become a part of poker subculture, showing that his performance really caught the attention of players and fans worldwide.

And despite the fact he was given a one-round penalty after the hand with Matuson, Kassouf refused to give up on his strategy.

While floors could intervene in some extreme situations, the fact was that his speech play wasn’t against the rules.

Table talk has always been allowed as long as it’s not offensive and doesn’t break specific rules, such as talking about your particular hand, which he never did.

Kassouf was bending the rules for sure, but he wasn’t breaking them.

At the same time, his speech play was working, as he was able to get players to do what he wanted, accumulating chips in the process.

Kassouf And Benger Go To War

While the hand against Matuson gave Kassouf some exposure and notoriety, it was another hand that made his name explode in the poker media.

This one he played against Griffin Benger, a Canadian pro, and it took place with just two tables remaining in the Main Event, with big money looming.

This is where things got really heated, and the fact that hand was a massive cooler that went Benger’s way only helped fuel the controversy.

The pair got involved in a huge pot, which wasn’t surprising given that Kassouf was holding pocket kings, and Benger found pocket aces in the hole.

After 3-betting Benger’s open, Kassouf was waiting for the Canadian’s decision, and, as per usual, he started his speech play routine.

By this point in the tournament, everyone knew the spiel: “How many miles from here to Hollywood?” and all that.

As he kept talking and Benger refused to answer, you could feel the tension in the air as both players were sitting on monster hands and could probably imagine themselves sitting on a pile of chips and riding them all the way to the victory.

But out of the blue, Benger snapped, and he went after Kassouf, calling his behavior “rude” and “abusive”, suggesting he should “check his privilege”.

It was probably the most controversial moment of the entire Main Event and although some people said that Benger went too far with his comments, at the time, it seemed like every other player at the table was with him.

Everyone had grown tired of the speech play routine, which was not just annoying but also extremely repetitive.

Of course, the Brit wasn’t too upset about it, as his whole plan was throw his opponents off – and it was clearly working.

But when the inevitable happened and all chips ended in the middle, he could hardly keep his spirits up.

He tried his best, but Kassouf’s face was that of a man who saw his dreams crumble before his eyes.

As no magical king appeared on the flop, turn, or river, he was sent to the rail, and almost everyone in the room seemed thrilled about it.

Despite busting before the final table, Kassouf pocketed over $300,000, which was the biggest cash win of his career up to that point.

Additionally, he made a name for himself during the tournament by accident or not, and his reputation outlasted his Main Event appearance.

Kassouf’s controversial style of play is pretty much his trademark and something he does whenever he plays, regardless of the buy-in or the money on the line.

With the Main Event putting him on the map, Kassouf was invited to other poker shows, and he also became one of the media favorites during bigger events.

No matter where he played, his table manners were the same.

In some of the interviews, he even explained that this was how he learned to play poker and that speech play was always part of his game.

He saw nothing wrong with it and even stated that it made the game more entertaining to watch compared to motionless players wearing hoodies and headphones – and we can’t really argue with that.

There were some heated arguments on Twitter and poker forums about whether what he was doing was okay and if it should be allowed, and it divided the poker world to some extent.

It was really interesting to see how an unknown player could create so much stir and ruffle the feathers of hardcore professionals who have seen it all over the years.

Kassouf didn’t win the Main Event that year, but I think it’s fair to say he got much more media attention than the winner himself.

Poker or no poker, people seem to care much more about controversy and emotions than they do about chips and money.

Whether it was Kassouf’s strategy that helped him make a deep run in the Main Event is up for debate.

However, one thing is certain – his performance and the controversy surrounding it made him somewhat of a celebrity and created new opportunities.

In 2017, he was signed as an ambassador for the popular Grosvenor Casino.

His clear love for the game and unorthodox approach has made him a perfect choice for the venue.

Unfortunately, his deal with Grosvenor was somewhat short-lived, and it ended because of a different controversy that had nothing to do with poker.

One night in 2018, Kassouf went out with a group of friends to play some roulette at a casino.

Shortly after, accusations started to appear on Twitter and 2+2 forum that the Brit was caught ‘palming’ $100 chips from the table while his friend wasn’t watching.

The claims were first spread by Shaun Deeb but as the two didn’t have the friendliest of relationships, people took them with a grain of salt.

However, all doubts were removed when Kassouf himself came out with a tweet in which he admitted to the incident, apologizing to the entire community and confirming that his role as the ambassador for Grosvenor was terminated.

How Controversial Is Will Kassouf, Really?

It’s no secret that the poker media loves drama.

The whole Kassouf “controversy” was somewhat blown out of proportion to make him a villain of sorts.

At the end of the day, all he’s doing is playing poker the best way he knows, using strategies that have been around almost for as long as the game itself.

He simply found a way to make them his own and take them to the next level – even it it’s annoying.

If there is one thing we can be certain of is that Will Kassouf will continue doing his thing at the tables for as long as he’s allowed to, and what’s not to love about that?

After all, anyone who can’t handle a bit of “speech play” and gets easily frustrated probably shouldn’t play poker to begin with.

Emotions, tilt, and getting in your opponents’ heads have always been an essential part of the game, and that’s the reason we all love it so much!