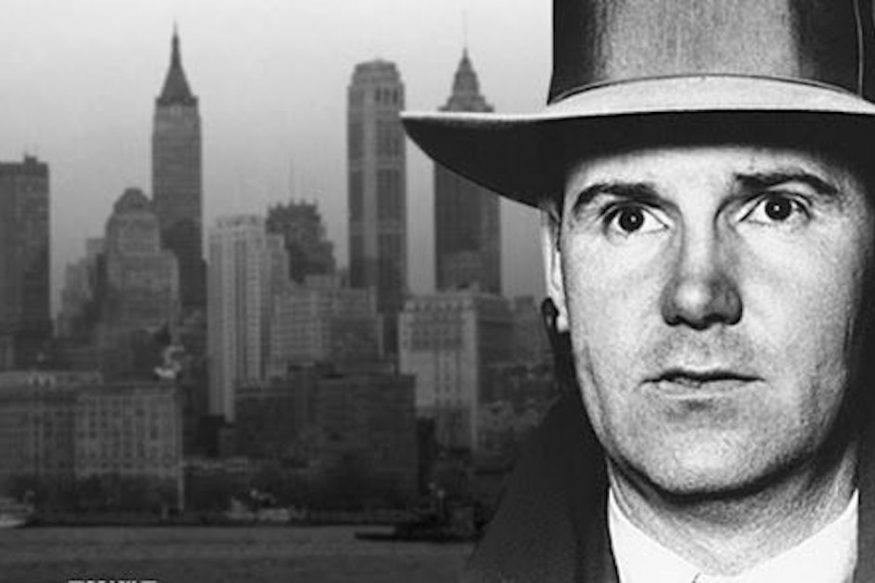 Titanic Thompson is one of the most fascinating characters in hustler history.

Despite his reputation, Thompson was not what I would call a con artist. Instead, he was a gambler with a knack for manipulating both the odds and his fellow gamblers.

He was the definition of the word “hustler”.

Thompson stories have become gambling lore and if you’ve ever heard the name, chances are it was in the context of these stories.

In this article, I’m going to share a couple of my favourites.

Proposition bets are common amongst gamblers eager to find action in any situation.

While playing poker, two players might bet on the colour of the fifth card dealt or whether an ace will appear at an odd number. Side bets like these happen all the time but are mundane, uninteresting wagers compared to a classic proposition bet.

Titanic Thompson would seemingly bet on anything from the turn of a card to the number of watermelons in a farmer’s truck.

From the early half of the twentieth century till his death in 1974, Thompson was a legendary figure amongst America’s gambling fraternity.

A successful poker player, he could be found in some of the biggest games in the country and was a close confidant of several nefarious figures, including Arnold Rothstein, who was murdered after a card game in New York that Thompson had organised.

Thompson claimed that he never cheated but could read cards and people with equal accuracy.

As a result, he was a formidable player and mixed with a lot of well-heeled suckers eager to bet on all sorts of crazy suggestions – and Thompson was happy to oblige.

Waiting for a cab on a busy day, Thompson would bet he could hail one down in under a minute despite the traffic being at a standstill and the only taxi nearby being taken. With a whistle, that same taxi pulled over and the passenger got out!

Thompson’s confederate was in the taxi to make sure it was in the right place at the right time and all Titanic needed to do was convince the suckers to take his bet.

Seeing a farmer’s truck filled with watermelons, Ti would offer to buy the farmer’s entire stock so long as he counted exactly how many he had.

In return, Thompson would give them all back after the farmer drove past Thompson’s hotel at an agreed time between poker sessions.

Wouldn’t you know it, Titanic Thompson and half a dozen exhausted gamblers would be leaving the hotel at that exact time? Thompson would spot the truck then offer a wager to guess how many watermelons were in the truck.

Walking along a beach one day, Thompson spotted a tent with a pair of large feet projecting from inside. He convinced his friends to bet on the height of the owner of those feet and won easily by betting lower than his suckers.

The man in the tent was less than four feet tall but had enormous feet and had been paid by Ti to pitch a long tent, stick his feet out and wait for Thompson to “happen by”.

Not all of Thompson’s scams were entirely set-up.

His greatest proposition bets were based on feats of skill that seemed impossible when described at the outset.

Thompson had a knack for throwing things with strength and accuracy. He could sail a playing card further than Ricky Jay on his best day and fill a hat with 52 cards from across a pool hall.

All he needed was someone dumb enough to bet or rich enough to pay the price to see him do it!

That’s not to say there wasn’t a little artifice to some of Titanic’s more outlandish challenges.

He was famous for throwing peanuts or walnuts over houses or for great distances. No matter how good an arm his opponent had, Ti could throw further and higher thanks to the lead-filled nuts he had had made for the purpose.

So, with a little sleight of hand; any walnut, peanut or acorn could be thrown like a rock!

The secret was simple: Ti paid a friend to place the pre-skewered fly, stuck into the ceiling, earlier in the day.

Thanks to the height of the ceiling, no one could see the pin that was already there before Ti threw 10 upwards (he could actually get them into the ceiling and would fake one of the throws to compensate for the pre-placed needle).

To verify Thompson’s claim, one of the bettors had to retrieve a high stepladder to count all 10 needles were in the ceiling and confirm that one of them had indeed caught a fly!

There are so many great stories like these that there’s a whole book dedicated to them:

Hustling From Pool To Golf

As the “good old days” of high-stakes poker waned, partly thanks to Thompson’s reputation and notoriety after the Rothstein affair, Ti turned to hustling pool and golf to make a living.

In the pool hall, he was unmatched and could line suckers up for more hours than there were in a day thanks to a litany of seemingly crazy handicaps he would offer. He would even play with a broomstick, though had the broom specially made and weighted for that purpose.

As a golfer, he was considered to be amongst the best players in the country.

Ti once commented that he refused to turn pro because, even if he won the US Open, he couldn’t stand the drop in money compared to hustling.

Thompson lived out his days as a much-sought after golf partner by gamblers eager to have a story to tell about losing to the legendary hustler.

And lose they did, since Ti could rope anyone into taking a much bigger bet than originally intended.

After narrowly beating several strong players in the morning, he would offer to play again in the afternoon with left-handed clubs.

Given the quality of his right-handed game, the players would quickly accept, confident they could easily beat him when playing with the wrong hand.

But he’d already beaten them with the wrong hand since Thompson was actually a left-handed player and had taught himself how to play right-handed to pull bigger bets!

As golfer Ben Hogan said of Ti: “Only a fool would play him at a game he suggested.”

The Best Of It

Thompson’s strategy was always to have “the best of it” by hook or by crook, but he also gained a reputation that drew gamblers who wanted to take part in (and lose) his proposition bets!

These suckers never had a hope of beating him; all they wanted was a story to tell at their next home game.

Whether by developing an unusual skill, orchestrating a situation or concealing secret knowledge, Thompson had an unbeatable knack for winning almost any proposition he made – but not always.

A few times in his career, Thompson’s wagers would backfire with hilarious and expensive consequences.

More on that, another time.