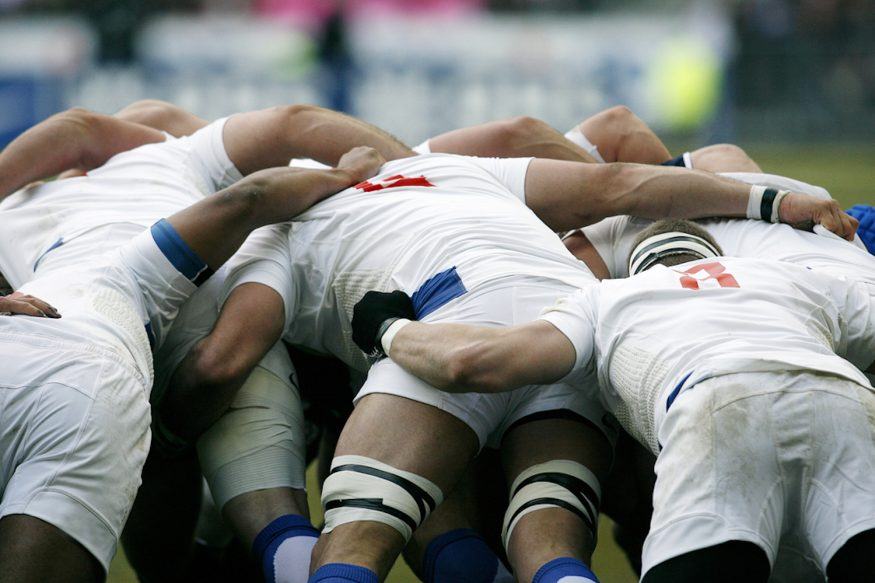 Rugby has never been known as the highest paid sport – youngsters don’t get into the game with dreams of Messi-esque salaries, but instead because of a love for the sport.

Still, there are some players at the very top of the game who manage to rake in some large salaries, such is their skill on the pitch and their allure off it.

Here we’ll be looking at the 10 highest paid rugby stars in the world, all of whom play in one of two countries: England and France.

Keep reading to see how much the world’s top rugby stars reportedly take home every year.

At number 10 on the rugby rich list is Morgan Parra of France and Clermont.

The scrum-half is hugely popular in his home country, where he is known as the petit général.

He’s played over 70 times for France, plus he’s become a lynchpin of the Clermont side, having taken to the field over 300 times for the French club.

Parra might now be one of the older statesmen of French rugby, however his contract is estimated to be worth around £620,000 per year.

The only Argentine in the list, Sanchez has played over 90 times for his national team, with his career highlight being scoring all 25 points scored by his team as they beat New Zealand for the first time in 2020.

The fly-half has played for Stade Français since 2018.

When joining the French team from Jaguares, Sanchez was able to negotiate himself a significant pay rise. He is now believed to be earning approximately £620,000 per year.

Dan Biggar is one of Wales’ top players. The outside-half also plays for Northampton, joining the Saints in 2018 and winning the Premiership Rugby Cup with them the following year.

He’s got over 90 caps for Wales and, amongst other honours, was voted the 2015 BBC Wales Sports Personality of the Year.

When he signed with Northampton, Biggar put pen to paper on one of the most lucrative contracts around. He now earns approximately £640,000 per year playing for the Saints.

This New Zealand lock plays for Bristol Bears and was an integral part of the team that won the Challenge Cup in 2020.

Despite his clear abilities on the pitch, Luatua has only represented his country 15 times, with his last cap being in 2016. This is because of his decision to start playing club rugby away from NZ.

When joining Bristol, Luatua signed a large contract, which made up for having to side-line his international ambitions.

He currently earns around £700,000 per year playing for his domestic side.

Owen Farrell is one of the most famous rugby players in the world. He plays both fly-half and inside-centre and is the captain of England.

He’s played over 90 times for his national team, as well as over 200 times for Saracens. He has scored over 1,000 points for England, making him the country’s second highest points scorer.

Farrell is certainly paid well by Saracens, despite them dropping to the RFU Championship due to salary breaches. His contract is currently thought to be worth around £800,000 per year.

It was recently announced that the England captain could be out of the game for up to three months following ankle surgery.

Next on the list is Maro Itoje, who also plays for the Saracens.

The lock is also an integral part of the England set-up, and is regarded by many as the best player in the world in his position.

He has played over 130 times for Saracens and has over 50 England caps.

The highest placed British player on this list, Finn Russell is an integral part of the Racing 92 team, as well as a key member of the Scottish national team.

He plays both centre and fly-half and has played in over 50 games for Scotland and Racing 92 since joining them in 2018.

There was some speculation that Russell was going to leave Paris, however a huge pay rise in 2020 tempted him to stay in the French capital. He now earns approximately £850,000 a year.

South African lock Eben Etzebeth is a key member of the South Africa national team that won the 2019 World Cup, as well as a hugely influential player for French side Toulon, who he’s played for since 2019.

He’s appeared over 95 times for his national team, and 27 times for Toulon.

Etzebeth signed a new deal with Toulon in July 2020, agreeing to a contract that runs until 2023. Thanks to this new contract, he is now paid an impressive £900,000 a year.

In joint first place on this list is South African playmaker Handré Pollard.

The World Cup winning fly-half moved to Montpellier in 2020, having previously played for Super Rugby side the Bulls.

He has played over 60 times for his national team and managed to score 22 points in the 2019 World Cup final.

When Pollard moved to Montpellier in 2020, he signed a contract that made him the joint highest paid player in the world. He currently earns approximately £1 million per year.

The fullback has been consistently regarded as one of the best players in Europe since 2015, playing first with Wasps and then Ulster, before making the move to Bristol in 2018.

When Piutau moved to Bristol, he became the highest paid rugby player in the world, accepting a pay packet worth £1 million per year. He now shares this title with Handré Pollard.