R. Paul Wilson On: How You’re Being Manipulated By The Internet Without Even Realizing 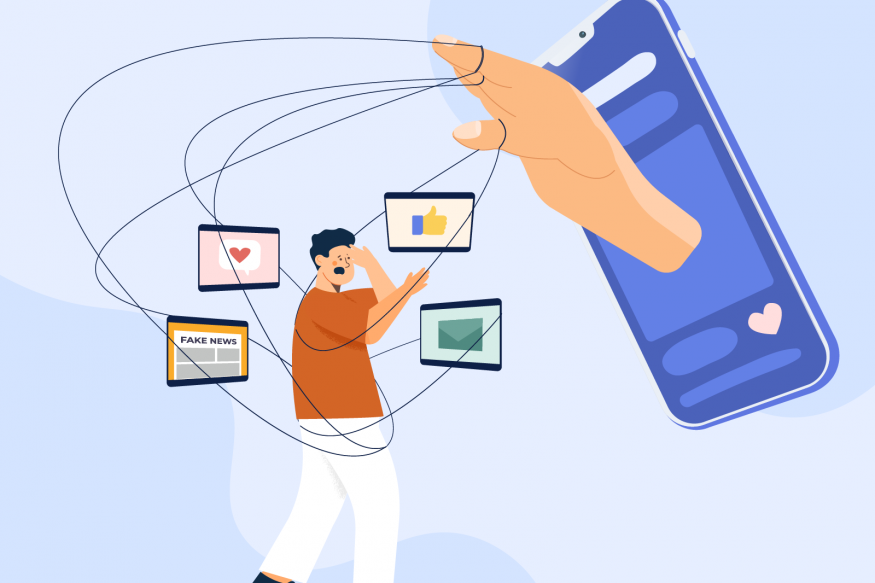 A great wave is coming. Not of water but of truth.

Not real truth: Selected, approved, manipulated and fabricated truth that will engulf each of us from all directions.

The digital age creates new opportunities and presents new dangers to all who engage with information online and as more countries come to rely on the internet for entertainment, commerce, financial security, and news, this ethereal platform on which billions have come to depend will become increasingly deceptive and manipulative.

In this article, I’m going continue my reflection on how increasingly difficult it has become to avoid being deceived, controlled, and manipulated in the modern world but in particular, how something that in theory was meant to unite us, has in fact divided us.

Gamblers know the dangers of going into tilt where, on a rush of confidence or despair, enormous bankrolls can easily be lost on foolhardy bets made in moments of panic or misplaced certainty.

We’ve all experienced it ourselves from time to time in our daily lives and with honest reflection, we might recognize where we strayed from balanced decisions to reflex reactions.

At the poker table, bad decisions by opponents can be provoked or anticipated by experienced players using psychology and long-proven tactics that capitalize on a multitude of scenarios and this is extremely similar to how a professional con artist manipulates their victims.

At the most basic level, this is how scams work but it’s also the secret to politics, propaganda, and population control.

One of the enormous downsides to social media has been the ease with which we have become polarized to one worldview or another thanks to algorithms that learn what we like in order to feed us even more of the same, until we find ourselves living inside information bubbles of our own making.

As a result, it has become increasingly easy for people to go on ideological tilt where anything that challenges their worldview is immediately (and sometimes violently) rejected.

For those who seek to divide and control large numbers of people, this is a Godsend and as technology has evolved, so have the tools that influence us.

One person’s truth is another’s conspiracy and as we navigate online platforms we find ourselves constantly dissected into various “us and them” categories.

Democrat or Republican? Are you vaccinated? Are you for or against the latest thing? Do you like Marmite?

The moment you can be accurately categorized, you become subject to an online barrage of positive or negative bias depending on where and with whom you choose to engage.

Even now, readers will be trying to nail down my personal affiliations, unaware they are following their own internal tilt mechanisms to decide how to interpret this article.

This isn’t about my personal preferences (or yours) it’s about the weapons being levelled to keep us in a state of perpetual ideological conflict.

Beyond Likes And Shares

Social media has been the most powerful new force for mass influence since the invention of the printing press and as engagement with platforms increases, so does global dependence.

The more we feed these beasts, the more we are labeled, separated and ultimately, controlled.

Much has been written about how historic events such as Brexit have been influenced by firms like Cambridge Analytica, but the tactics employed by that company have not been diminished by exposure; instead, their methods have been refined and better concealed.

The version of ourselves we present to social media helps software gauge our preferences then shape what we see and therefore influence how we think about what we see.

It’s entirely possible to influence two very different people in different ways to provoke the same outcome in both cases.

Equally, it’s possible to amplify the opinions of one group and suppress the feelings of another simply by adjusting who gets more coverage on selected platforms.

If you can’t change an undesirable opinion, you can at least smother it, isolate it, discredit it, and ultimately neuter it through multiple methods of data control.

A powerful method used to disarm any piece of data is to control the data that surrounds it.

Let’s say you post something that disagrees with an online majority and your post gets a little traction or even goes viral.

There are several ways to discredit your opinion either by prioritizing dissent and surrounding your post with opposing views or by linking your post to extremists and radicals, thereby attracting a horde of equally radical and extremist opinions from the other side.

Quickly, your post – even if it was the absolute truth – is tainted by the support of extremists and smothered by the voices of opposition.

Best of all, almost any revelation can be dismissed by characterizing it as conspiracy theory or right-wing or left-wing or racist or sexist – or all of the above.

Many times, there’s truth to this but there are lots of crazy conspiracies flying around; all one needs to do is associate an inconvenient fact with some seemingly similar nonsense and you can quickly and easily quash anything anyone tries to say.

These tactics are all right out of the con artist playbook and have now become so common that if the Watergate scandal story broke today, it would be old news in a day and respond into a dozen versions, each casting doubt on the other until the majority obediently dismiss it and anyone still pushing the story sounds like a nut.

But what exactly is “absolute truth” and can it ever exist on social media?

Truth has become so flexible that objective facts are now easy to dismiss with opinions and lived experiences.

Meanwhile, opportunities for deception multiply exponentially whenever truth becomes a subjective idea rather than an objective reality.

Whenever truth can be shaped to individual desires and preferences, we all become easy targets for manipulative mass media, online scammers, and more sophisticated con artists.

One thing I believe is certain: A deluge of malformed, carefully tailored truth is coming and will almost certainly drive a deeper wedge between us.

Artificial Intelligence is evolving at a frightening rate.

Perhaps not to a level of consciousness but certainly to a level of practical application where it can be employed to make decisions on our behalf or, more worrying still, to make judgements that impact us on a daily basis.

AI can now create impressive works of “art” by processing words and selected criteria to make something that might easily hang in a museum or a house in the Hollywood Hills but it can also generate pages of text according to some simple inputs that can be used for websites, blogs or even articles like this one.

What should frighten us all is how untethered software can shape how we see the world and how we engage with each other.

Soon, poorly conceived AI will be recognized as a root cause of society’s widening algorithmic divide but will it be improved to lessen such divisions or fine-tuned to divide and conquer?

AI is yet to emulate my personal grammatical glitches or naive writing style or my writer’s voice but given enough samples, it could do a pretty good job of faking something that seems to be written by me in the same way it can conjure an image of a juggling dog on a skateboard painted by Van Gogh.

I’ll explore how these advances in technology and software impact us financially (both in life and gaming) in a future article.

In the meantime, I like to listen to Bill Hicks who observed that news networks feed their audience a constant menu of “war, famine, death” while outside his own windows, all was peaceful except for a few crickets chirping in the grass.

I know things are bad in some parts of the world and may get worse or better and I know I can do something sometimes while others can make no difference at all.

What’s damaging is the constant flow of uninterrupted noise that keeps each of us concerned and engaged instead of looking outside our own windows to enjoy whatever peace we are fortunate to have.

For similar articles by this author, discover how your biases affect truth and why you need to act like a poker player to avoid being deceived.