Berkshire’s UFO Sightings Explained – And The Odds You’ll See One Next! 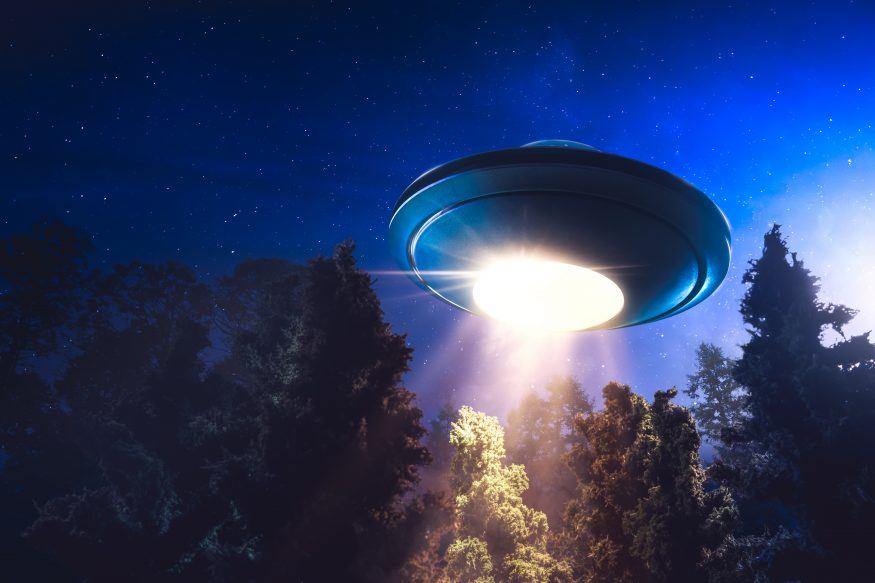 Here at Casino.org we love a good UFO-spotting story. In fact we like them so much we even created a UFO odds calculator so you can figure out where in the States you’re most likely to have an encounter.

If you’ve already checked out the page, you’ll see we included a pretty awesome timeline with all the sightings that have been reported over the years.

The Story Of The Berkshire UFO Sightings

On the night of September 1, 1969, in Berkshire, Massachusetts, a big UFO event allegedly took place. But because many people thought the witnesses were just crazy, very little was reported on it.

With Netflix giving Unsolved Mysteries a reboot, those same witnesses have shared their story with the world.

Four separate and unconnected families each give accounts on the show of their own run-in with the UFO across a few different towns in the area. And they’re not alone.

The local radio, WSBS, was inundated with calls from people that night with eyewitness accounts across the Berkshire County. It ran as a news story but unfortunately, the following day the tape was wiped for the next news bulletin.

Melanie Kirchdorfer, who was 14 at the time, and Tommy Warner, aged 10, both recall being in the same ‘room’ with other children after seeing the bright light that appears in each account.

Tommy was in his house with his babysitter, Debbie, coloring pictures when he looked out of the window and heard a voice in his head telling him: “You need to go home now”.

Naturally he was scared and thought it was God, but some force inside him made him run outside where, according to Debbie, he ran madly on the spot, not going anywhere.

A bright beam shone down on him and the “air was sucked right out” of him and in flash, Debbie blinked, and he disappeared from sight.

Shortly after he reappeared, lying on the other side of the house, pinned down by a beam of light. After about a minute the beam went off and according to Debbie the whole thing lasted about seven minutes.

Melanie had been out with her parents and sister getting ice cream by Lake Mansfield when they all saw this bright, blinding light ahead. Her father wanted to tail it in the car despite the fear that she and her sister had.

Next thing she remembers is levitating and being inside the ‘room’ where one by one, children disappeared.

She next remembers being alone by the lake and had to find her way home.

Thomas Reed, who was 9 at the time, was on his way home from Sheffield, a town close by to where Melanie and Tommy were, along with his brother, mother and grandmother.

The four of them were in the car going through the covered bridge when from the side a bright light flooded their car, lighting up the whole interior.

They all noted a change in pressure, as if underwater, and a deadly silence.

All of a sudden, a cacophony of frogs and crickets broke out and next thing any of them remember is being in the car in front of a drug store 1.2 miles away. Three hours later.

None of them knows what happened during those three hours.

Weirder still is that the mother and grandmother had swapped seats so that the grandmother was now in the driver’s seat…even though she’d never driven in her life.

Another lady, Jane Green, was stopped in her tracks whilst driving home with her friend, by a blinding white light.

Just A Load Of Baloney? Opinion Is Divided

It’s caused a lot of divide and controversy in the towns as residents who saw nothing refuse to believe anything happened and label those who saw anything as crazy.

There are no police reports and the only news report on it has been taped over.

It seems that fans of the show are just as divided on how real this is and the episode is being labelled the series’ most inconclusive.

One user is totally convinced by testimonies:

Whilst another is bored to tears and is not buying it:

The theories about it range in how credible the witnesses are. Some say it’s all a big hoax that all the towns were in on. Another theory suggests that the whole county was spiked by a hallucinogenic…perhaps by a bakery.

The Great Barrington Historical Society, however, listed the Berkshire UFO sightings of that night as an historical event. There are plenty of letters and drawings on record…

The Odds Of Seeing A UFO In The USA

The most likely place to spot a UFO is not in Massachussets like the vitcims of this story, but in South Dakota. The odds of seeing one there are +11200 (112/1).

Want the odds for where you live? Head to our UFO odds calculator to find out the likelihood of seeing one in your state.

The Truth Is Out There…

What are your thoughts? Did it really happen or is this an elaborate story cooked up by some wild imagination? Do you believe in UFOs? Tweet us @Casino_Org.

And if you can’t get enough of UFOs then check out our blog post on UFO sightings in the USA, which covers where to find them and what to do when you have an encounter.