25 Things That Happened The Year Casino.org Was Born 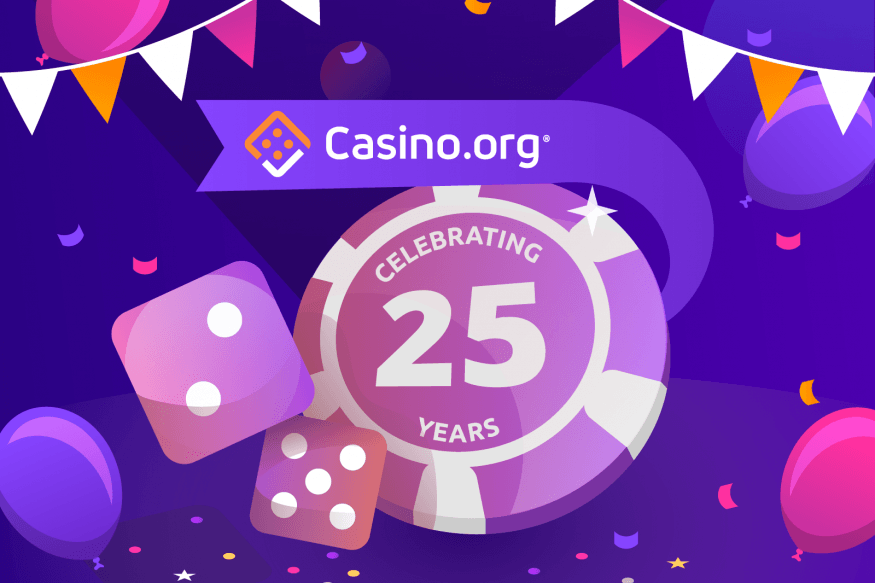 Here at Casino.org we feel like celebrating. This month marks our 25th birthday (yes, we’re that old), meaning we’ve been around for a quarter of a century already.

To mark the occasion, we’re launching The Big Treasure Hunt through our Membership Area! We’ll be hiding 25 chips across the site for you to collect and, if you find them all, you’ll be entered into the gold draw to win $2,500 in Amazon vouchers.

We also realized that a lot has changed since we started out, so we decided to take a look back at 25 things that happened the year Casino.org was born.

So grab a slice of cake, turn back the clock with us and take a journey through time… where were you in 1995?

1. MJ Returned To The NBA

In March 1995, superstar Michael Jordan made his much-anticipated return to the NBA — announcing the end of his retirement (and brief baseball career), stepping back on the pro basketball courts after 18 months away.

DVDs were invented and developed, before their official release for sale in 1997.

Yes, this one makes us feel reeeallly old.

A game-changer at the time, the story of Woody, Buzz et al was the first ever full-length film created entirely via computer animation.

To infinity and beyond…

In Canada, Jean Chrétien held the hotseat, while John Major was Prime Minister in the UK and Boris Yeltsin the President of Russia.

After a 34-year ban, the ‘Playboy’ magazine returned to shelves in the Republic of Ireland.

We’d make a joke but we’re far too classy.

6. PlayStation Hit The US

In September, Sony released its first PlayStation video game console in the US.

Put your hands up if you ever played the original Tekken!

7. The Internet Took Off

The internet was privatized after US government funding for The Nation Science Foundation Network (NSFNET) ceased.

O.J. Simpson was found innocent at the end of his long and controversial  criminal ‘trial of the century’ for the double murder of his wife, Nicole Brown Simpson and Ronald Goldman, in 1994.

And what about the average monthly rent? $550.

14. Goosebumps Was One Of The Most-Watched TV Shows

Just watching this is giving me the shivers:

We saw the launch of game-changing sites such as eBay, craigslist, Match.com and many more.

Now this is a blast from the past:

Impressive — but not something we’d fancy doing.

18. Forbes Magazine Named Bill Gates As The Richest Man In The World

His net worth was approximately $12.9 billion, compared to his estimated $114.7 billion fortune today.

Well, they weren’t the only ones…

That’s according to the United Nations Population Division.

21. Jessica and Michael Were The Most Popular Baby Names

Hey, we all know one.

And four major events of 1995 we felt we couldn’t make this list without including:

22. The City Of Mumbai, India, Had Its Name Officially Restored

The regional governing party wanted to claim back the name after Bombay was used by British colonialists.

24. Yitzhak Rabin, The Fifth Prime Minister Of Israel, Was Assassinated

An extremist who opposed the Oslo Accords, which were agreements between Israel and Palestine, was convicted of his murder.

What is still considered to be the US’s deadliest domestic terror attack resulted in 168 deaths and 800 injuries.

So there you have it: 25 things that happened in 1995 to celebrate our 25 years. Remember to keep your eyes peeled for those all-important chips in our birthday celebration: The Big Treasure Hunt!