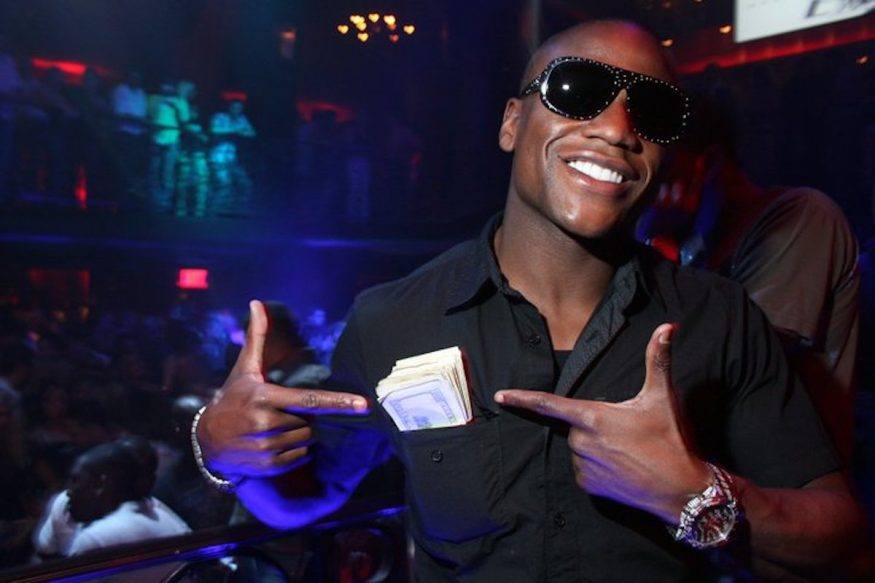 Pay-per-view (PPV) boxing has been around since the 1960s, with the first bout televised in homes being the rematch between Floyd Patterson and Ingemar Johansson. Subscribers paid $2 to view Patterson regaining the heavyweight crown.

Later, ‘The Rumble in the Jungle’ became a historic paid broadcast on ‘closed-circuit TV’, as Muhammad Ali and Joe Frazier collided, while Roberto Duran’s beating of Sugar Ray Leonard was another major PPV decades later.

MMA has also got involved in recent times, as the UFC continues to be a huge player in the PPV market alongside the biggest boxing match-ups.

Genuine big-money showdowns are rare and only a select few pugilists in history have attracted mammoth audiences regularly in their careers, while drawing in nine-figure sums.

So, which fights have grossed the most money so far in combat sports? Here are the top 10 up to this point in time from the world of boxing and UFC!

Event billing: Fight of the Century

Remembered for: It was dubbed ‘The Fight of the Century’ but it failed to come close to the hype and expectations placed on it. Mayweather was rarely troubled across a dull 12 rounds, comfortably rallying to a unanimous decision win.

Remembered for: The eventful build-up to this bizarre match-up between combats sports’ two biggest names was far more entertaining than the actual encounter in the ring.

As expected, Mayweather bided his time and eventually stopped the Irishman in a straight-forward 10 rounds in Las Vegas. Both men were richly rewarded for their ‘efforts’.

Remembered for: The biggest fight in UFC history went down in Las Vegas as Nurmagomedov beat bitter rival McGregor by submission.

There was genuine bad blood going into this octagon clash between these two famous UFC fighters, and the Russian began a brawl during the aftermath of “The Notorious” tapping out.

Things were personal and it spilled over cageside for crazy scenes.

Remembered for: This PPV fight was the beginning of “Money” Mayweather and the start of HBO’s hugely popular 24/7 series.

The two biggest draws in the sport collided but it was Mayweather that prevailed over 12 entertaining rounds.

This propelled the American to superstardom and record-breaking future paydays.

Event billing: The One

Remembered for: A clinical Mayweather masterclass against a future superstar was the storyline for this Sin City battle. Some predicted a passing of the torch but it was the classy veteran who showcased his ring genius.

Although, “Canelo” has since taken up the mantle as boxing’s biggest box office attraction in light of Mayweather’s most-recent retirement.

Event billing: The Sound and the Fury

Remembered for: Tyson biting a chunk off Holyfield’s ear made this one of the craziest ends to a boxing match. He was disqualified for his actions and ended up losing his license (temporarily).

It may have been called ‘The Sound and the Fury’ but this went down in history as ‘the Bite Fight’.

Event billing: Lewis–Tyson: Is On

Remembered for: A chaotic press conference brawl between the fighters and their respective teams helped gather further interest for this heavyweight showdown.

Remembered for: The night “The Notorious” avenged his first UFC defeat. McGregor dropped Diaz along the way to a five-round decision success in a brilliant bloody battle.

It remains the second-highest selling bout in MMA history.

Remembered for: UFC had reached the big 100 milestone and it was a heavyweight slugfest that headlined the occasion. WWE superstar Lesnar badly bloodied Mir before securing a second-round stoppage triumph.

Georges St-Pierre retained his welterweight crown against Thiago Alves and Dan Henderson devastatingly knocked out Michael Bisping on the card too.

Remembered for: Evander Holyfield became the first fighter since Muhammad Ali to win the world heavyweight title for a third time. He withstood Tyson’s trademark aggression to earn a sublime 11th-round knockout.

We hope you enjoyed our list of the biggest pay-per-view fight events in the history of combat sports and can remember tuning in to watch them!