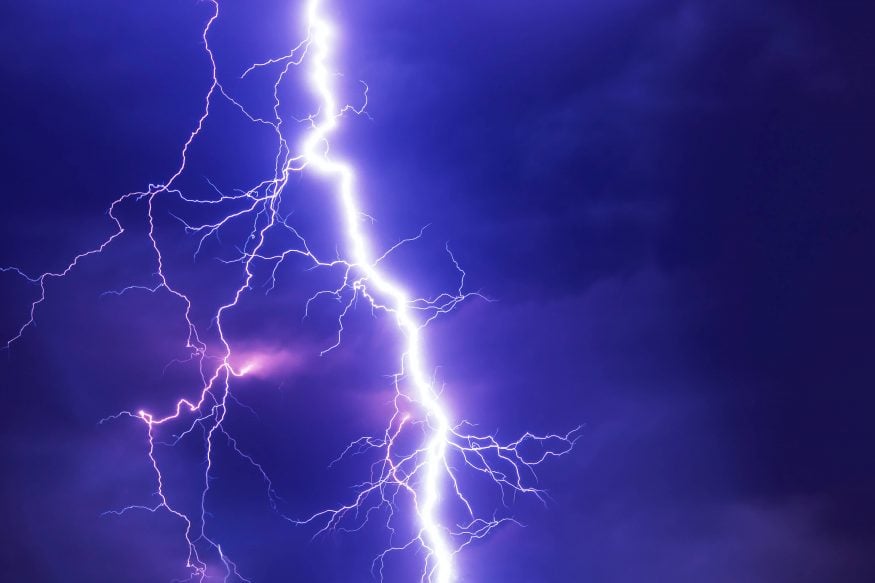 We’re not particularly superstitious here at Casino.org. Of course, it helps at the poker table if fate’s cards are in your favor, but ultimately you make your own luck, right?

Yet, sometimes when you’re on the casino floor, some people just seem to have the rub of the green. On the other hand there are those who can’t get a winning hand for love or money.

In other words, for every lottery winner, there’s always someone who has misplaced that winning ticket.

So, just for fun, we decided to do a little digging and compile a list featuring 13 of the unluckiest people in the world.

Was this the luckiest or unluckiest guy on the planet? You decide.

Croatian music teacher Frane Selak claimed to have had not one, but seven brushes with death.

Selak’s close calls are said to have included a train crash, being sucked out of an airplane door, surviving a bus crash into a river, two car fires, being hit by a bus, and narrowly avoiding a 300 ft drop after a driving accident.

He is later believed to have had his fortunes turned with a rather large lottery win, which he decided to give away.

He was the only resident in a small Spanish village not to win a share of a whopping $922 million jackpot in 2011.

As the only person not to buy an El Gordo lottery ticket, he missed out as all his neighbors cashed in.

So, what did he do — wallow? Of course not. He made a film about it.

For 20 years of his life Texan farmer Henry Ziegland probably thought he was the luckiest man alive.

The story goes that in 1893 Zeigland broke up with his girlfriend Maysie Tichnor after revealing he had been unfaithful to her. Heartbroken, Tichnor committed suicide.

Her brother, Henry, sought to avenge her death by riding over to Ziegland’s farm and shooting at him with a pistol. The bullet just missed Ziegland’s face and hit a tree.

One day 20 years later, while out felling trees with his son, Ziegland came across the tree with the bullet buried in it. Instead of chopping it down, he decided to blow it up with dynamite.

Having lit the fuse, he marched 50 yards away and watched. The dynamite exploded and fired the bullet out of the tree. It struck Ziegland in the head, killing him instantly.

Talk about a bullet having your name on it.

Perhaps the most unbelievable tale of misfortune told on this list goes to Roy Sullivan. A man who was hit by lightning…seven times.

The former park ranger was nicknamed the ‘human lightning rod’ and features in the Guinness World Records for surviving more lightning strikes than anyone else in recorded history.

In a particularly unlucky period, he was struck four times in five years, between 1969 and 1973.

Known as the ‘unluckiest woman in America,’ Martinez seems to be cursed when it comes to hurricanes and houses.

While living in Louisiana, the school bus driver has lost five houses to hurricanes in the storm-prone area.

That’s across a time span of 50 years — but her last known home loss occurred in 2012, not long after her abode received a $20,000 reality TV makeover.

If you think trying to find a needle in a haystack would be hard work then look away now because, for the last few years, Welshman James Howells has been trying to find a computer hard drive in a landfill site.

The reason he is so keen to find the hard drive that got thrown in the trash is simple; it has 8,000 bitcoins on it.

Yep, you read that right, 8,000 bitcoins. An incredible stash that was once valued at over half a billion dollars.

Unfortunately for Howells, his pleading with Newport council has fallen on deaf ears and they continue to refuse his demands for an excavation project to take place.

Sadly, this means Howells may never recover his buried treasure.

Violet Jessop, an Irish-Argentine nurse and ocean liner stewardess, was jinxed when it came to traversing the waves — she was on both the RMS Titanic and HMHS Britannic ships when they sank in the early 1900s.

Not only that, but she was also on board the RMS Olympic when it suffered an at-sea collision.

Despite that being enough to put most people off for life, ‘Miss Unsinkable’ returned to working on ships in 1920 and only retired from the waves at the age of 63.

Having been given the unofficial title of ‘Britain’s unluckiest man’, John Lyne boasts a CV crammed full of unlucky, and perhaps hapless, events.

The Brit estimates that he has had 16 major accidents in his life (at last reported count).

This includes falling off a horse and cart, being run over by a van, falling down a manhole, lightning strikes, car crashes, an accident in a mine, and the clincher: Falling out of a tree and then breaking his arm in a bus crash on his way back from the hospital.

Sigurd Eysteinsson was the second Earl of Orkney from 875-892 and led a Viking conquest of Northern Scotland.

Known as a fierce warrior, “The Mighty” once challenged a local lord called Máel Brigte the Buck-Toothed, to a 40-man-a-side battle.

Looking for a way to boost his chances of winning, Eysteinsson decided to bring 80 soldiers with him to the fight. With a two to one advantage Eysteinsson and his men butchered the enemy.

After the fight was over, Eysteinsson beheaded Máel Brigte and tied the severed head to his saddle as a trophy.

While riding home on his horse, Máel Brigte’s famous teeth rubbed against Eysteinsson’s leg, giving him a little scratch.

This small wound became infected and Eysteinsson contracted sepsis. He later died of the infection.

Yep, the Alabama native was just going about her own business when she was struck by a meteor from outer space.

She is reportedly the only person in history to have been hit by a space rock.

But the accident was bizarre — the offending rock burst through her ceiling before bouncing off her radio and making contact with her thigh.

What are the odds?

This man is a bad luck magnet. Or lucky, if you look at how many times he’s survived…?

Norrie lost a chunk of his leg to the shark but was saved by his father-in-law.

While fortunate to survive he has to be categorized as unlucky given that the odds of a shark attack occurring are actually very slim.

The Florida man’s rap sheet of incidents sounds like a real-life nightmare.

A lightning strike, a robbery at gunpoint, a stabbing, simultaneous snake bites…John Wade Agan’s life read like a movie script.

The former taxi driver seemed to have bad luck trailing him around and, during the gunpoint robbery, even reportedly found himself locked in his own boot.

This is because Yamaguchi was the only officially recorded survivor of both the atomic bombs detonated in Japan during World War II.

He was just two miles from Hiroshima’s ground zero on August 6, yet only suffered a perforated eardrum and upper body burns.

The Nagasaki native then returned to his hometown, only to get caught up in the second blast on August 9, just as he was relaying news of his previous ordeal.

The survivor, known as a ‘Niju Hibaku’, or ‘twice bombed’, went on to live until the age of 93.

We hope you enjoyed reading this list of the 13 unluckiest people in the world.

Next time you think you’ve got it bad, just remember it could be a whole lot worse…

Who Has The Most Touchdowns In NFL History?

Top 10 Most Memorable Halftime Shows Ever