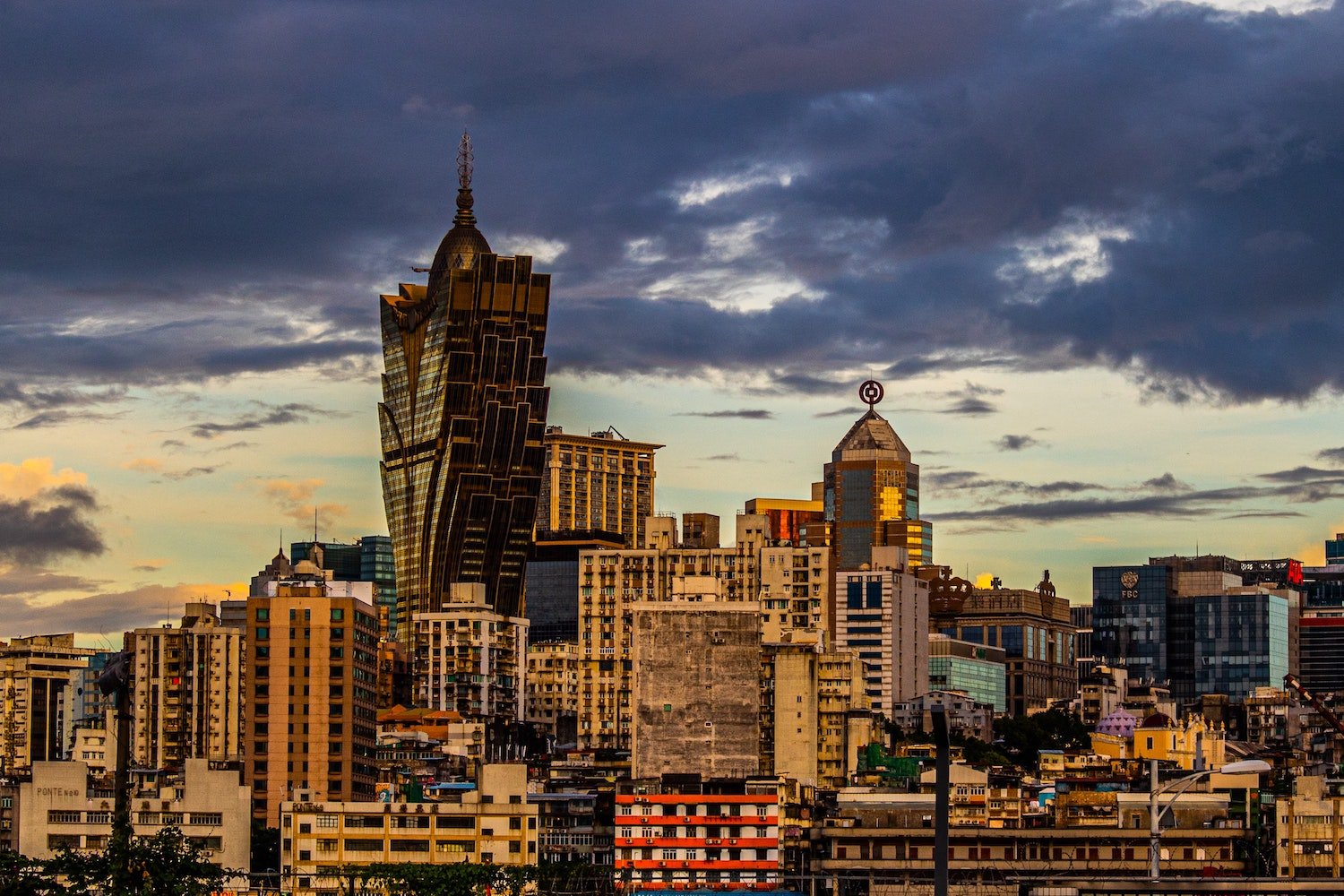 In terms of gambling and casinos, the law changes greatly across the Asian continent.

Some countries have strict anti-gambling laws while others proudly advertise their incredible casino complexes.

The huge number of people that live in and visit Asia has seen the demand for casinos in the continent to become massive.

This has meant that the few areas that allow and promote casinos, such as Macau, have become immensely popular, attracting millions of gamblers every year.

Casinos are high in demand but short in supply in Asia, meaning their owners gain incredible amounts of wealth and power.

Both of which they have used to transform Asia’s gambling industry into the biggest in the world.

Lui Che Woo first made his fortune by launching K. Wah Group, a quarry operator that focused on importing construction equipment from Okinawa to Hong Kong.

K. Wah Group was eventually expanded to include property developments with locations spread across Southeast Asia.

After Stanley Ho’s monopoly on Macau’s gambling sector came to an end in 2002, Woo’s entertainment company, Galaxy Entertainment Group, won one of the three gaming concessions for the island.

He wasted no time in putting his concession to use, constructing The StarWorld Macau Casino and Hotel, which opened in 2006. The 5-star hotel casino is known for its striking and colorful design.

Woo followed the StarWorld by building his flagship casino, Galaxy Macau, in 2011 for $1.9 billion.

Stanley Ho was one of the most famous casino owners Asia has ever seen.

Known both as “The Godfather” and “The King of Gambling” he was the founder and chairman of SJM Holdings, which had a government-granted monopoly on Macau’s gambling scene for 40 years.

During this time Ho helped transform Macau from a modest fishing island into one of the world’s most iconic gambling centers.

Throughout his life Ho has built a number of casinos, including the incredible Grand Lisboa, the tallest building in Macau.

He proved to be an intelligent businessman during his career, thinking of many ways to attract would-be gamblers to Macau.

Perhaps his most famous idea was to build a harbor and hire a fleet of high-speed boats that ferried gamblers from nearby Hong Kong to Macau.

However, there were some people who believed that Ho’s wealth was not entirely legal.

Accusations of links to Triad organizations, including 14K and Sun Yee On, followed him throughout his career.

Ho retired at the age of 96 and died two years later.

Upon his death Ho’s business empire and wealth was split between a family that included 17 children and four wives.

The most successful of his children is Pansy Ho who is a shareholder in both SJM Holdings and MGM China.

Stanley Ho’s fourth wife, Angela Leong, is the managing director of SJM Holdings and has accrued a $2.7 billion fortune, thanks to both Ho’s casino business and her own real estate holdings.

Despite being the daughter of Macau’s biggest casino legend, Stanley Ho, Pansy did not always work in the casino business.

Instead, she first pursued a career as an actress and then launched a highly successful PR company, called Occasions.

Nowadays, Ho is deeply involved in Macau’s casino scene. She gained shares in casino industry giant MGM Resorts after the company sought to increase its stake in MGM China.

She has been consistently selling these shares for massive amounts of money. Over two days in May 2021, she gained $86 million from sales of the MGM Resorts stock.

Ho has large shares in both MGM China, which has two integrated resorts in Macau, and her late father’s SJM Holdings, which has numerous casinos on the island.

She also owns nearly a third of the MGM Macau, a 600-room casino resort and is the managing director of MGM Grand Paradise, a position which earns her around $8 million every year.

With a net worth of $2.4 billion, Chen Lip Keong is Malaysia’s 7th richest person.

Keong made his money in Cambodia, having first traveled there in the hope of finding oil.

While his search for black gold would fail, Keong did not leave the country empty handed.

Instead, his Malaysian company, NagaCorp, won an international tourism opportunity in 1994.

This saw Keong awarded a Cambodian casino license, a 70-year tenure and a government-guaranteed monopoly in Cambodia’s capital, Phnom Penh.

This monopoly will last until 2035 and has allowed Keong to transform Cambodia’s capital into an attractive gambling destination – while making a lot of money.

His flagship integrated resort, NagaWorld, is the only luxury casino hotel complex in Cambodia and boasts several separate casinos, gaming areas and further complexes linked together with passageways and underground tunnels.

The newest of these is NagaWorld 2, which is an entertainment complex that boasts a 300-table gaming establishment, gaming suites and premium gaming halls.

When Keong was trying to borrow money to build the Naga2 expansion he was frustrated by interest rates offered to him by the banks.

So, instead of borrowing the money for construction, he paid $369 million out of his own pocket and took company shares as payment.

NagaWorld is currently undergoing another expansion. Naga3, which will include a 75-story hotel tower, is slated to open in 2025 and has a budget of $3.5 billion.

Lim Kok Thay, Tong’s second child now chairs the business, having been appointed as director in 1976.

Genting Group owns a large number of casinos all around the world, including the Philippines, Singapore, Malaysia, and the United Kingdom.

The company has also become known for owning palm oil plantations as well as the cruise line, Star Cruises.

Many of the ships, such as Genting Dream, featured casinos on board.

Due to difficulties caused by the Coronavirus Pandemic, the parent company of Star Cruises, Genting Hong Kong, filed for liquidation in January 2022.

The ships it had ordered, including four that weighed over 150,000 tons, were left in the docks.

However, Thay has not let this setback unsettle him.

He recently launched Resort World Cruises which now operates Genting Dream, and is in talks to acquire the other ships that were previously owned by Star Cruises.

He has also made a longshot bid for a Macau gambling license in the hope of breaking into the island’s lucrative industry.

For something similar, check out the top 5 richest casino owners in the US.