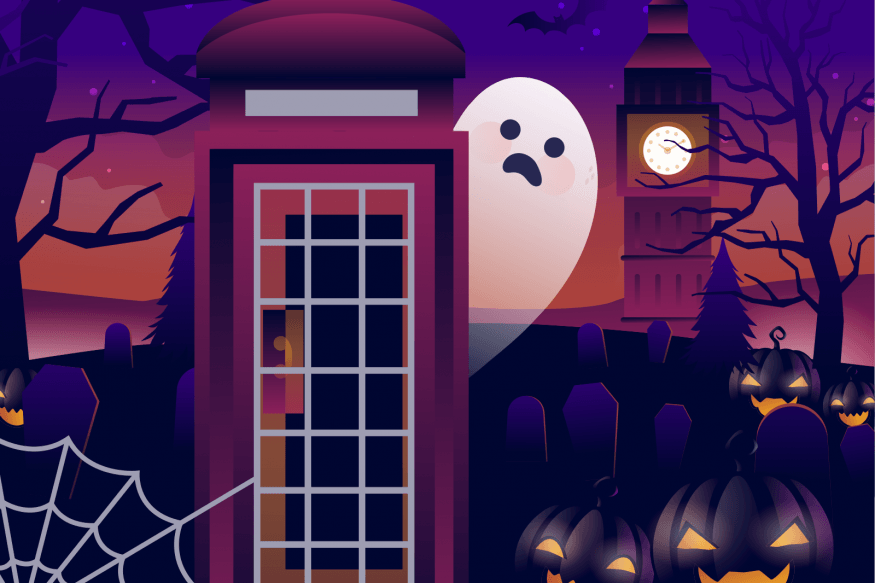 From witching trials to infamous murderers and mythical beast and creatures, the UK has a rich and often dark history. So, it should come as no surprise that the country has experienced a fair share of paranormal experiences.

For those brave enough, Casino.org has delved into the Paranormal Database to uncover the places you’re most likely to encounter the supernatural.

The South West of England tops the list with the highest odds of paranormal activity with a one in 2,648 chance of a mystical occurrence – that’s more than 50 times higher than getting five numbers – a payout of £1,750 – in the UK Lotto!

For the best odds of unearthly activity in the South West, thrill-seekers should head to Avebury, a small village in Wiltshire and home to a Neolithic henge monument containing three stone circles.

Here the likelihood increases to 43/1. Staying in the South West, Dartmoor is must-see, here morbid adventurers have a one in 60 chance of an encounter.

Next on the list is the East of England with odds of 3549/1, where you’re than 800 times likely to experience a ghostly meeting than win a five-figure pay out on Euromillions.

Top 10 Places To Experience Paranormal Activity In The UK

While Scotland only places fifth in the regions, the top 10 places in the UK are dominated by areas in Scotland with Orkney claiming the top spot at 532/1.

Located off the northern tip of Scotland, where the North Sea and the Atlantic Ocean meet, the Orkney Islands are home to houses and tombs dating back 5,000 years, Bronze Age cemeteries, standing stones, Viking ruins, medieval churches and Renaissance palaces.

Third on the list is Dorset, where 433 spooky occurrences have been recorded. Market town Blandford offers the best odds with a one in 687 chance for macabre tourists.

Taking the top spot for Northern Ireland is County Fermanagh, where the chance of a paranormal experience is more than 1,000 times likely than winning the jackpot on the Irish Lotto, perhaps understandable as it’s home to Cooneen Ghost House where a notorious poltergeist is said to reside.

Elsewhere in Wales, you’re 90 times more likely to experience mystical goings-on in Gwynedd than winning £1,750 in the UK Lotto.

Most Common Paranormal Activities And Where They Take Place

The most common type of paranormal activity involved figures of some kind, horses and riders top the list with 526 reports.

Next comes cryptozoology or mythical creatures (443) such as Big Foot or the Loch Ness Monster, followed by headless ghosts (366).

Perhaps unsurprisingly given the most common type of paranormal activity, roads and motorways top the list for the most sighted locations with more than 1,000 records – let’s hope they’ve read the latest edition of the Highway Code! Pubs take second place (785) and churches third (749).

If you enjoyed this, check out UFO Odds: Where Are You Most Likely To See A UFO In The U.S.?

The Changing Cost Of Being A Sports Fan