R. Paul Wilson On: Why You Need To Act Like An Advantage Player 24/7 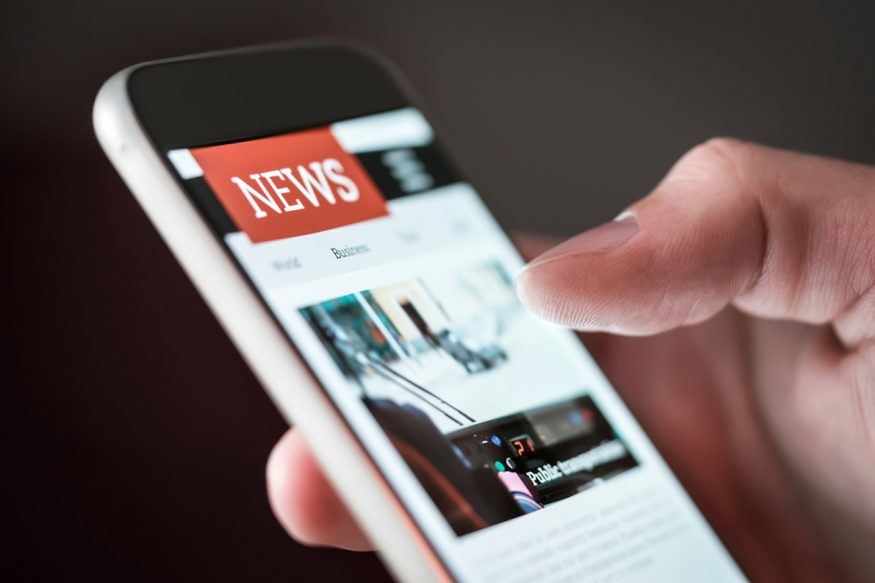 I’ve often spoken about the value of identifying useful information in a gaming context.

This can secure an advantage for observant players willing to do the work to sift available data and identify what’s useful.

Information rarely comes free, however; it takes work and practice to filter out the noise of surrounding data and we see the same situation in the real world (outside of gaming) where we are constantly overwhelmed by a barrage of facts, statistics, news and opinion.

I’m not here to influence your position on any particular topic but I’d like to offer an approach to avoiding the avalanche of conflicting facts and statistics by approaching this avalanche of data with the cold stoicism of an advantage player.

In recent months as the pandemic has persisted, I’ve noticed a consistent lack of consistency in the information surrounding COVID-19.

Rather than commit to any kind of conclusion, I decided to look at the situation through the cold eye of an advantage player.

Most people who sit down to play a game are distracted by the obvious or misled by their own instincts, while experienced advantage players pay attention to other aspects of the game in order to improve their odds at the table.

Out here in the real world, it’s easy to be buried under that avalanche of data or to find oneself attracted to (or consumed by) one perspective or another based on our own individual biases.

I therefore decided to understand the situation rather than become overwhelmed by the constant flow of conflicting opinions, seemingly inconsistent statistics and constant pressure to take a stance or declare one’s position.

The Big Problem With Twisted Information

News and media have always been tainted by some sort of bias but historically, such imbalances were tempered by a professional obligation not to misrepresent the facts.

While journalistic ethics were hardly universal, I don’t recall having seen such deliberate obfuscation or twisting of information to serve clearly stated ideologies.

And yet, here we are in a FOX versus MSNBC world where people self-filter sources of information based on who or what is telling them what they want to hear.

The newspapers we buy, the TV channels we watch, the people we ‘friend’ online and the websites we visit all create a personalised echo chamber filled with what we want to hear and how we’d like to hear it.

This type of thing is fine when following a sports team but when trying to understand what’s actually happening in the world, there’s a real danger to creating multiple streams of propaganda unencumbered by reason or responsibility.

Whoever you might vote for, if you were truly reasonable you would recognise that your voting habits are affirmed and encouraged by the sources of information you have pre-selected based on how they resonate with your pre-existing opinions.

This how politics becomes polarised to the extremes with enormous detriment to society.

Throughout the pandemic, politicians have been most guilty of mishandling statistics, data and scientific opinion followed by an unquestioning media on one side or a stubbornly opposed media on the other.

It can be argued that intentions are good but when supposed leaders use fear with distorted data to encourage compliance in a situation where people are already fearful, the wider repercussions of these distortions might be felt for generations.

This trend towards skewing and twisting information to serve one narrative or another has only served to dial up public anxiety.

But if we can learn to step back far enough to look at the situation in the way we would a game, we might better understand the truth of our current predicament.

A disturbing trend over the last year (prevalent but not so obvious or immediately damaging in the recent past) has been the misrepresentation of data and statistics.

I’ve seen the same facts presented by different sides to support different conclusions and even when we can detect deception, our thinking gets easily tangled and we soon find ourselves back in the weeds, struggling to understand what’s what.

In Three Card Monte, it’s easy to lose track of the winning card when mixed with two losing cards, but what if there were 50 losing cards? Or 100?

From my perspective, the value of any piece of information is exactly like that winning card in a game of Monte with an infinite number of losing cards since there are so many sources of opinion, definition, bias and outright deception that attempts to skew all available facts.

To beat this game we need to filter out that noise, stay out of the weeds and accept the data without judgement or emotion, which is extremely hard to do.

Here are some questions that made all the difference to my understanding and while the answers are not always what I’d want them to be, any decisions I make based on those answers will at least start from a more accurate position.

These are just a few of the questions I’ve tried to answer but it’s all too easy to fall into a rabbit hole of conspiracy theories or cynicism by giving in to fear or emotion.

I’m not here to offer my own conclusions but to invite you to step back from your own opinions and re-assess constantly.

This is how to approach any scenario where we might be manipulated; by treating it as we would a game, you make more informed decisions for a more rewarding long-term outcome.

It’s worth knowing that such stoicism in the face of negative trends does not always pay off.

A friend once told me how he was back-roomed in a casino after a losing streak at blackjack.

He’d been counting with reliable accuracy but while the odds were in his favour, there’s no guarantee the right cards will land in any one round of play.

Over time, that statistical advantage is sure to pay off but at the moment that security escorted him from the table, my friend was down several thousand pounds and had yet to see a profit.

Confronted by the manager, my friend had to accept he’d been busted and agreed not to return but as he was leaving, he asked what tipped off the casino manager.

He had yet to win any money so wondered how the casino knew he was a card counter.

Soon after he arrived at the table my friend lost £10,000 on a hot shoe that just refused to pay off but he knew that the table would eventually turn so simply bought in for more money and kept playing.

That was his tell.

He’d lost a large sum of money but didn’t even blink before buying more chips and the manager immediately recognised this as the hallmark of a card counter who had faith in his system.

My friend’s cold, unemotional understanding of how the game works proved to be his downfall but out here in the real world, when confronted by a barrage of bias, it can be extremely valuable to step back and analyse any situation without attempting to reshape information to fit our own perspective.

Doing so might bring cold comfort but we can learn to make better-informed decisions, which is what advantage play (and smart gambling) is all about.