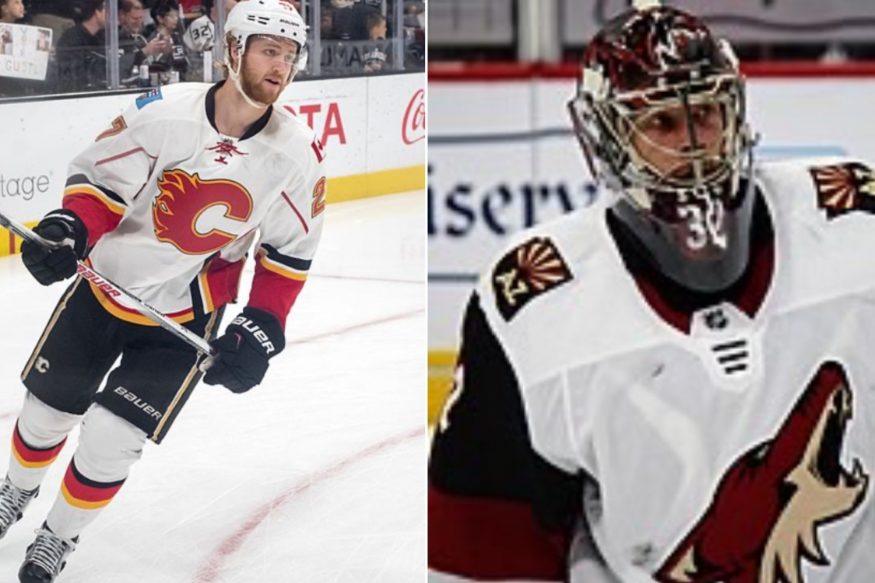 Free agency is rarely a good way to fill holes in the NHL, but these guys are the exception.

NHL teams doled out more than $700 million in contracts when the market opened on July 28. Much of that money went to marquee players who teams hope will provide an impact in the years to come.

Like most sports, it’s better to draft and develop talent in hockey, but there are some holes that are too glaring to wait and fill. Plus teams aren’t often willing to part with talent via trade.

Which is where these 10 players come in: The 10 best contracts handed out by NHL teams during unrestricted free agency in 2021.

The skinny: The Hurricanes imploded their goaltending, letting Petr Mrazek and James Reimer walk while also trading youngster Alex Nedeljkovic. But Raanta is a great option, and at only $2 million per year he is vastly underpaid, which is why he’s the top free agent on our list.

The skinny: The Devils have salary cap space to spare and weaponized it to secure one of the best offensive defensemen in the game. Hamilton will give New Jersey’s power play, which scored on just 11 percent of opportunities in 2020-21, a much-needed boost. Hamilton may not carry New Jersey to the playoffs in Year 1, but he should still be good when the Devils’ rebuild comes to an end.

The skinny: It’s widely believed that Suter has something in the tank, despite the fact he was recently bought out by the Minnesota Wild, and even if that’s ⅓ of a tank his AAV is way below market value for what he’ll bring to Dallas. Dallas could use a minutes-eater to spell standout blueliner Miro Heiskanen, and Suter won’t be asked to produce quite as much offensively and can play the shutdown role, which he does best.

The skinny: Hyman is talented and used to playing with super-skilled players as a member of the Toronto Maple Leafs. Hyman should be a perfect complement to either Connor McDavid or Leon Draisaitl, as a puck retriever and potential finisher. He’s also a wildly popular player in the dressing room and should aid Edmonton’s budding culture.

The skinny: The Boston Bruins parted ways with Tuukka Rask and Jaroslav Halak and weren’t quite ready to turn the net over to Jeremy Swayman or Dan Vladar. Enter Ullmark, who posted a .912 save percentage in six seasons with the lowly Buffalo Sabres. Swayman and Vladar are still there to take over the net if Ullmark falters in his first chance as a starter, but the 28-year-old will bring stability to the position that was going to be lacking.

The skinny: Danault was miscast as Montreal’s top-line center, yet is a shutdown center who can chip in offensively and take some of the onus off Anze Kopitar. At $5.5 million, the 28-year-old is below market value for a second-line center and has topped 40 points three times in his career.

The skinny: We’ll start by saying we abhor DeAngelo’s racism, attitude, behavior, tendencies or social-media presence, but signing a 25-year-old, former 50-point defenseman for $1 million looks like a smart move purely for on-ice play. Whatever the case Carolina owner Tom Dundon has some explaining to do.

The skinny: The Sharks are rebuilding while also carrying some expensive tickets on their roster, so adding Bonino — a veteran depth center who has won the Stanley Cup twice — could help in their locker room as they try to compete for a playoff spot in the Pacific Division.

The skinny: Grubauer was a finalist for the Vezina Trophy last season and at 29 should bring stability to Seattle’s net in Year 1. The NHL rejected Grubauer’s initial contract, but the Kraken rectified the issue to make the deal legal.

The skinny: Coleman has been criminally underpaid, first in New Jersey then as a major cog in consecutive Stanley Cup championship teams for the Tampa Bay Lightning. Coleman will still undoubtedly be underrated in Calgary, and despite the fact his term seems a little too long, the 29-year-old is excited to spend the next six years there.